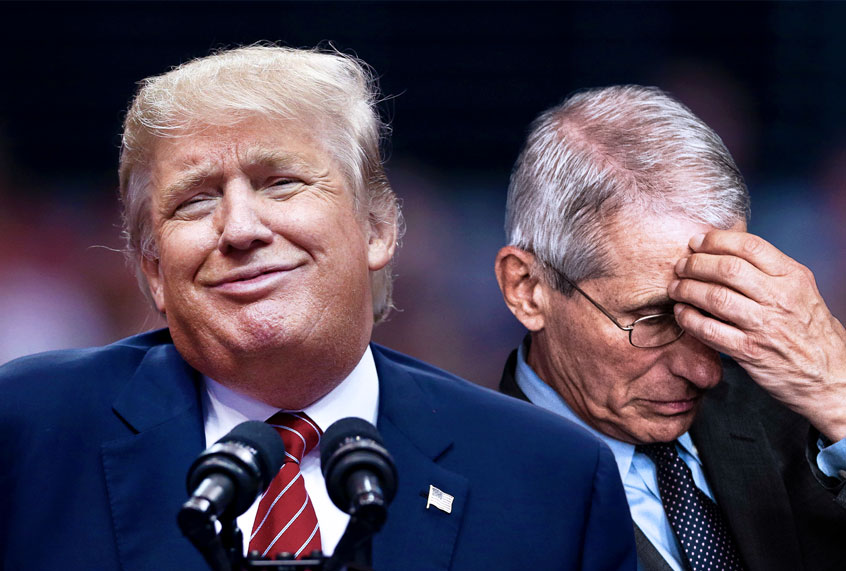 Dr. Anthony Fauci has publicly disputed President Donald Trump’s repeated claims that his response to the coronavirus pandemic has been among the best in the world. According to the top infectious disease expert in the country, the opposite is true.

Trump has repeatedly downplayed the impact of COVID-19, which has killed more than 158,000 people in the U.S. so far. Trump has argued that the U.S. simply tests more individuals than other countries do, but positivity rates show the rate of infections is significantly outpacing the rate of testing.

“You take the number of cases — and look, we’re last. Meaning we’re first. We have the best,” the president falsely claimed during an interview with Axios’ Jonathan Swan this week.

“Yeah, it is quantitatively. If you look at it, it is,” Fauci responded. “I mean, the numbers don’t lie.”

Fauci said the U.S. had suffered “as much or worse than anyone.”

Trump, when pressed on the mounting death toll, told Swan: “It is what it is.” But Fauci said the U.S. “can do much better” than its current response.

“We can do much better without locking down, and I think that strange binary approach — either you lock down or you let it all fly — there’s some place in the middle when we can open the economy and still avoid these kind of surges that we’re seeing,” he said.

Fauci’s comments came after Trump tried, but repeatedly failed, to support his claim that the U.S. was actually doing better than the rest of the world during his interview with Swan.

“I won’t get into that, because I have a very good relationship with the country,” Trump replied. “But you don’t know that, and they have spikes.”

Trump later pulled out some colorful charts to claim that the U.S. was “the best” in “cases.”

“I don’t know what we’re first in — as of what?” a confused Swan pressed.

“It’s cases, and we have cases because of the testing,” Trump insisted, later adding that the “U.S. is lowest in numerous categories — we’re lower than the world.”

“Lower than the world? Swan asked. What does that mean?”

“You can’t do that,” Trump shot back.

“Why can’t I do that?” Swan asked. “It’s surely a relevant statistic to say if the U.S. has X population and X percentage of death of that population versus South Korea.”

Despite Trump’s attempt to put a rosy spin on the worst coronavirus outbreak in the world, his approval rating has plummeted as a result of his handling of the pandemic.

A new ABC News poll found that 66% of adults disapprove of his handling of the coronavirus, and he continues to poll well behind presumptive Democratic nominee Joe Biden.

Democrats have expressed dismay that Trump still has not put forward a national strategy to combat the virus as it resurged worse this summer than during the spring.

“Our entire economy is at stake,” Rep. Jim Clyburn, D-S.C., the No. 3 Democrat in the House, told the Associated Press this week. “We’ve got a health care crisis wrapped into an economic crisis, and they are so interwoven. You can’t solve the economic crisis without solving the health care crisis, and the problem we’ve got is that we do not have a national plan to deal with this virus. That’s not the way you run a national government.” 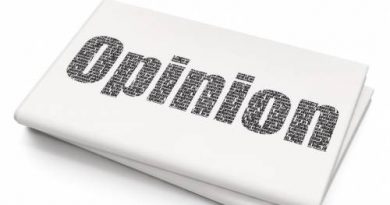 COVID-19 And The NIN Debacle By Seun Awogbenle