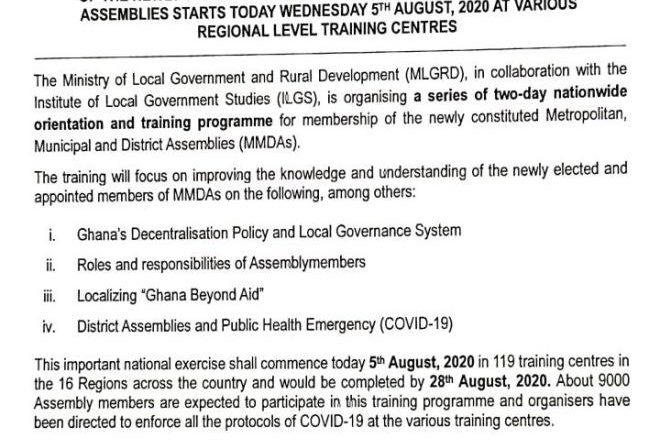 The Ministry of Local Government and Rural Development (MLGRD) in collaboration with the Institute of Local Government Studies (ILGS) have today commenced a nationwide orientation and training program for members of the newly constituted Metropolitan, Municipal and District Assemblies (MMDAs).

The exercise which is being conducted at the various Regional Level training centers will see about 9000 Assembly members participating in training programs.

According to the Ministry of Local government, the training will focus on improving the knowledge and understanding of the newly elected and appointed members of MMDAs.

“This important national exercise shall commence today 5th August 2020 in 119 training centers in the 16 Regions across the country and would be completed by 28th August 2020”, a statement from the MLGRD signed by its Minister Hajia Alima Mahama has said.

Among many other things, the assembly members taking part in the orientation will be trained in the area of Ghana’s decentralization policy and local governance system.

In addition, they will receive training on the roles and responsibilities of assembly members, as well as localizing Ghana beyond aid. 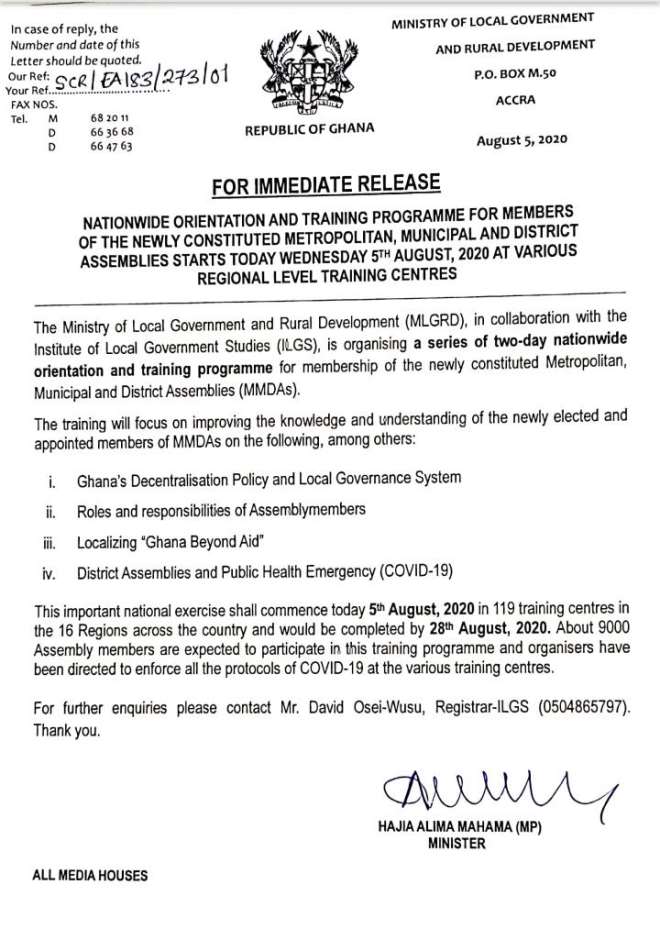 Letter To Pius: You Are Not A Dead Man By Adedokun Seyi

How much individual stock exposure is too much?