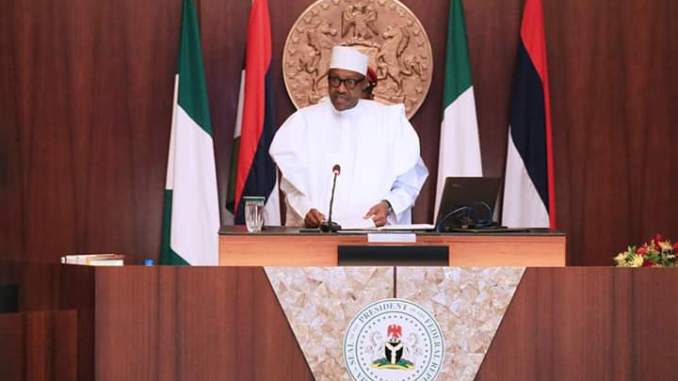 Not a few Nigerians were stunned when President Muhammadu Buhari last week named railway stations along the Lagos-Ibadan and the Itakpe-Ajaokuta-Warri corridors after deserving citizens who contributed to the progress and development of their respective communities and the nation at large. The president’s gesture, which cut across party lines, was indeed an ample demonstration his democratic disposition and magnanimity

The Minister of Transportation, Rotimi Amaechi, made the disclosure in a statement by the Ministry of Transportation titled, ‘Buhari Names Railway Stations After Prominent Nigerians’. According to the statement signed by the ministry’s Director, Press and Public Relations, Eric Ojiekwe, the minister disclosed that the Apapa Station has been named after the All Progressives Congress stalwart, Bola Tinubu; the Abeokuta Station named after respectable Nobel Laureate, Prof Wole Soyinka, while the Ajaokuta Station was conferred on Olusola Saraki, the late father of former Senate President, Bukola Saraki.

It is instructive that Governor Hope Uzodinma of Imo state has been inducted into the President Muhammadu Buhari Integrity Hall of Fame. Governor Uzodimma’s induction was sequel to recommendation of the Research and Documentation Section of the Arewa House, Ahmadu Bello University, Zaria, established in honour of late Saduana of Sokoto who was noted for exhibiting high level of integrity as a leader.

The investiture, which took place at the Mbakwe Exco Chambers, Government House, Owerri, recently was performed by the Director of Arewa Hall of Fame, Prof. Ibrahim Muhammed and the leader of the team, Alhaji Salmon Salami in the company of other members. They described Governor Uzodimma as “champion of change and integrity, epitomizing the character of President Muhammadu Buhari.”

In their testimony about Governor Uzodimma, they described him as a “man of honour and champion of integrity and a golden gift to the people of Imo state who has the opportunity of doing the wrong thing and getting away with it, but decided to do the right thing as a mark of  integrity. Hope you are gold. Hope, a champion of change. Hope, a special man. It is a lifelong opportunity.” The group placed Hope Uzodimma side by side with late Sam Mbakwe, the first civilian Governor of Imo state.

They emphasised that, for the governor, “the road is good and clear, God is merciful to him, the beginning is good and the end will also be good,” adding that “he will enjoy the grace and mercy of God.” Receiving the award, Governor Uzodimma acknowledged the award as an uncommon gift and said that he is overwhelmed at his induction into the President Muhammadu Buhari Integrity Hall of Fame, particularly going by the processes of identifying and choosing him for the honour.

The presidency had recently explained that productivity and honour take priority in rrecognising Nigerians, noting that this was the reason Buhari had placed more emphasis on the National Productivity Awards and Nigerian National Merit Awards since assumption of office in 2015.

The country’s highest national honour is the Grand Commander of the Federal Republic, the type General Buhari himself holds. He can also confer it on a few deserving persons, either while they are alive or posthumously. As of 2014 when the last honours event was hosted by former President Goodluck Jonathan, the total number of beneficiaries stood at 4,737.

However, Buhari has not hosted the event since assuming office in 2015, though on June 12, 2018, the retired major general posthumously conferred the GCFR on the presumed winner of the annulled June 12, 1993 presidential election, the late Chief Moshood Abiola. Abiola’s running mate, Ambassador Babagana Kingibe, received the GCON, while the late Chief Gani Fawehinmi also got the GCON posthumously.

But the tradition of hosting the event yearly has stopped since 2015. Attempts at hosting the event, including setting up committees to organise it, had hardly materialised in the last four years.

Indeed, President Buhari deserves commendation for extending the national recognition to political rivals some of whom had even constituted themselves as cogs in the wheel of the progress of his government, particulary in its first term. This demonstrates the fact that the president is not only a true democrat but that he is also desirous of deepening the nation’s democracy. 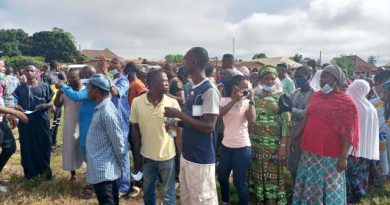 How And Why I Stopped Going To Church By Remi Oyeyemi