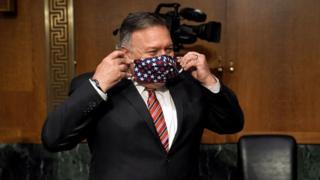 US President Donald Trump will take action “in the coming days” against Chinese-owned software that he believes pose a national security risk, Secretary of State Mike Pompeo said.

His comments came days after Mr Trump said he was banning TikTok in the US.

The company has denied accusations that it is controlled by or shares data with the Chinese government.

Speaking to Fox News Channel, Mr Pompeo said the action would be taken “with respect to a broad array of national security risks that are presented by software connected to the Chinese Communist Party.”

He said there were “countless” companies doing business in the US that might be passing information on to the Chinese government. Data could include facial recognition patterns, addresses, phone numbers and contacts, he said.

“President Trump has said ‘enough’ and we’re going to fix it,” he told Fox News.

Mr Trump told reporters on Friday he planned to sign an executive order to ban TikTok in the US, where it has up to 80 million active monthly users.

The app – mostly used by people under 20 – is owned by Chinese company ByteDance.

Several Republican senators have backed a plan by ByteDance to divest the US operations.

“What’s the right answer? Have an American company like Microsoft take over TikTok. Win-win. Keeps competition alive and data out of the hands of the Chinese Communist Party,” Senator Lindsey Graham wrote on Twitter.

But a possible sale of TikTok’s US operations to Microsoft has reportedly been put on hold because of Mr Trump’s warning.

The threats of action against TikTok and other Chinese-owned software come amid heightened tensions between the Trump administration and the Chinese government over numerous issues, including trade disputes and Beijing’s handling of the coronavirus outbreak. 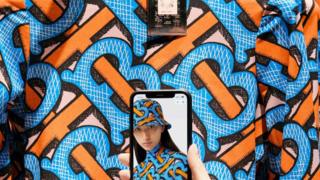 Burberry and Tencent team up for concept stores 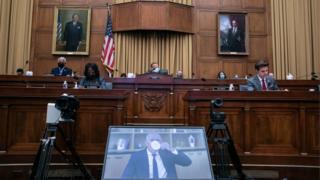 Big Tech: What comes next for the US giants? 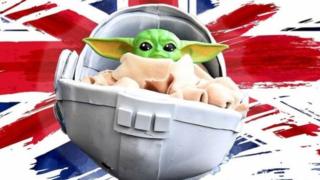 A 19-year old school boy Isaac Amoah, has been sentenced to 21 years imprisonment in hard labour for defiling a

Covid-19: 9 Arrested At ‘Next Time’ And ‘Anadwo Yede’ Drinking Spots