Jos – The General Church Council, GCC of the Evangelical Church Winning All, ECWA has observed with dismay the huge resources being committed to de-radicalize and rehabilitate alleged repentant Boko Haram fighters by the military, while millions of their victims are still languishing in deplorable IDP camps, and consider this not to be the best use of taxpayers money’ and indeed “a complete misplacement of priority.”

The Church leaders also berated the federal and Kaduna State governments on their handling of the killings in the country, especially the recent incidents in Southern Kaduna saying, “no responsible government would want to be perceived as holding brief for terrorists, unless it is complicit,” and urged the Federal Government to redeem itself, apprehend and prosecute the assailants in Southern Kaduna, and ensure justice as well as compensation for the victims who are left destitute by the activities of the bandits.

In a communique issued at the end of the 67th annual GCC meeting of ECWA held at ECWA headquarters in Jos, Plateau State, signed by ECWA President, Rev. Stephen Panya Baba and Secretary-General, Rev. Yunusa Nmadu, the Council “condemned in strong terms the mindless killing of the indigenous Christians in Southern Kaduna over the past few weeks which stressing the killings have assumed a genocidal magnitude.”

According to the communiqué, “The Council notes with grief the several attacks on Southern Kaduna Christian communities, which are the strongholds of ECWA , where over 120 persons including infants and women have been killed in the last two weeks alone, with scores injured and thousands displaced from their villages and farmlands by arm Fulani militia without any care from the Kaduna State and Federal Government.

“No responsible government would want to be perceived as holding brief for terrorists unless it is complicit. Council advocates for a stronger collaboration between the government, the security agencies, and the entire populace to make for robust and rapid response for the protection of human lives and property.

“The General Council expresses worries at failure of the Federal Government to secure the release of the only Christian girl Leah Sharibu (who was abducted by Boko Haram among many female students of Government Secondary School, Dapchi), Alice Loksha a Christian nurse doing humanitarian service in Borno State, Grace Lucas, Lillian Gyang, and the remaining Chibok girls abducted by Boko Haram.

“The Council also observed with dismay the huge resources being committed to the supposed deradicalization and rehabilitation of the so-called repentant Boko Haram fighters by the military, while millions of their victims are still languishing in deplorable IDP camps, and consider this not to be the best use of taxpayers’ and indeed a complete misplacement of priority.”

The council calls on the government to ensure accountability, prudence and transparency in management of resources, eschew sectionalism, and be wary of unbridled indebtedness to foreign governments, especially those whose loan terms threaten our sovereignty as a nation. 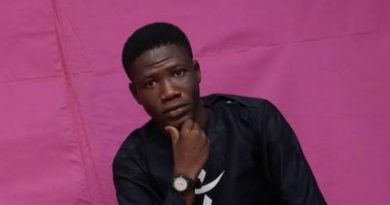 Rape: The Failure Of Nigeria Legal Framework By Victor Adegbite

The whole people in igueben are not as much as people on these photos...abi una dey rent and waybill supporters ni?

You lie my brother

How could NCDC allow this to happen, they claim there is COVID_19 in Nigeria but look at this crowds, is this normal? Putting ur citizens at risk because of some selfish interest,If Naria Marley can be arrested and arraign in court for holding a concert in Abuja and fine 200k then what's this... This country is finished, lawless bunch of hypocrites.

Airehavhere has more crowd than this in 2012,and he lose all d lga.so will it be now for apc. 4+4 torgba.

Godwin is a clear result

Our mistakes in 2019 cost APC some states — Buhari - Vanguard News

—Says with Army, police ruling party could‘ve overrun opposition By Johnbosco Agbakwuru ABUJA — PRESIDENT Muhammadu Buhari on Monday said that the mistakes made by the All Progressives Congress,...
View on Facebook
·Share

Why are you people posting the same photograph all round? Mtcheeew

Same crowd same people moving from one local government to the other.

Citadel is a great son of Ebhoiyi soil. He has never neglected community service. He is extending the drainage project in Idikhala/Idumuegenlan Ebhoiyi Uromi. He is assauging the erosion headache in that axis. A one man project. Let us pray for him. He will live long and prosper more and more with good health.

God bless him continually and be with him always.

May the Lord bless you and your family.

Citadel is a blessing

To God be the glory. More grace brother

God bless him. But tmr u will see one idiot talking with all sides of his mouth from abroad dat citadel has done nothing.or rendered help.

Citadel is doing great works for our community. I have seen for myself.

God bless Mr Citadel. I'm a witness to all these.

God bless him. The comments are few here since he is not embarking on political mischief and lie. Had the news be something that has to do with Obaseki and Oshiomhole, there would have been hundreds of comment from the gullible youths by now.

What a great true son of Ebhoiyi. May God abundantly bless Citadel for his philanthropic and generous good work to humanity. If only the blessed could emulate this kind gesture of Citadel, life would have been beautiful for all. Nothing is too little, there is a saying that little drops of water make an ocean, if everyone that God has blessed begin to help in any capacity in their little way then so much needs would be met by many also. So guys it is more blessed to give than to receive. That is the reason behind Citadel's blessings. He is a giver and givers never lack.

Amen. The Lord bless him more and more

He will end well

God will continue to bless him

Hello everyone? Will are already in the year 2020 so don't waste your time my brother my sister don't +2349055442570 waste your time and suffer in this 2020 and I want to thank the great man that make me rich today, that finally, I have make it.. my name is onuchi joy and ,,I Am here to testify the good work that Baba ayo has done in my life and my family's life's.... Many people has been planning about how to make instant money without no human blood share right from the very first day they where given birth to,,,Brother and my sister God did not create any one to die in poor so do not sit down and die in poverty. Today, I have finally made it? Am now a car owner, I have build many houses, I have companies and filling stations? It is real and do not have any side effects and no human blood sacrifice so don't be afraid to call baba now on, +2349055442570 or add him up on WhatsApp now, distance does not matter and don't say you have been trying several times and it did not work remember opportunity comes but once so you have to try and see, contact baba +2349055442570 baba is here to help peoples out of their problems like *(1)instant money *(2)money bags* *(3)money rituals* *(4)business to move forward* *(5)fluncting money *(6)marriage problems* *(7)promotion in work place* *(8)sickness problem* *(9)money in Ghana must go* *(10)love charm* *(11)court Case* 12** lotto number * Baba will help you in many way call or WhatsApp him +2349055442570

Mr Patrick Ejedawe is a leader and no weapon fashion against him shall prosper in Jesus' wonderful name.

May God continue to bless him abundantly

He is blessed already we pray for good health body mind and soul. Ijn

Is by his grace and mercy, the one and same grace that has always distinguished him from his peer group.I pray to GOD as his refuge to continue to bless him and protect him,on the road,in his place of work,at home,in the church, wherever he may be at any given time.God I pray for his entire family both at home and abroad.It will be well with him.He has always been a source of internal joy and happiness to all good people that has something to do with him.God ɓless the entire Uromi/Uzea, ESAN land, EDO STATE and Nigeria with more CITADEL.

May the good lord continue to bless him for us

Citadel has no words to qualify him, I own my final year in school to his benevolence, that man is God sent