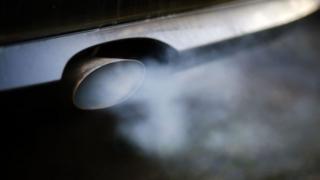 A new campaign called “Badvertising” is demanding an immediate end to adverts for large polluting cars.

It says the government should clamp down on sports utility vehicle (SUV) car adverts in the way it curbed smoking ads.

A car industry spokesperson said modern SUVs are the cleanest in history, and said many can run on batteries.

But a leading academic said sales of big polluting cars will breach UK climate targets, and should be banned.

A government spokesperson said: “We are developing an ambitious transport decarbonisation plan in order to reach our goal of net zero by 2050.

“We have also provided consumers with widely-advertised incentives and information to help inform their choices when buying a vehicle.”

SUVs now make up more than 4-in-10 new cars sold in UK, while fully electric vehicles account for fewer than two in a hundred.

The report from the green think tank The New Weather Institute and the climate charity Possible says the trend towards big cars is propelled by aggressive advertising.

They fear the global trend of rapidly-increasing sales of bigger and more polluting SUVs is jeopardising climate goals.

The authors of the report point out that even electric engines won’t solve all the problems with SUVs.

That’s because they will still pollute the air through particles rubbing off brakes and tyres, and use up carbon-emitting resources to make their heavy batteries.

In urban areas, big SUVs are a particular nuisance, they say. Their report found that 150,000 new cars on the road are too big for a standard UK street parking space.

It comes as local authorities strive to create space on the roads for walkers and cyclists.

The authors want to outlaw advertising for cars with average emissions of over 160g CO2/km, and those exceeding 4.8m in length.

Andrew Simms, one author, said: “We ended tobacco advertising when we understood the threat from smoking to public health.

“Now that we know the human health and climate damage done by car pollution, it’s time to stop adverts making the problem worse.

“There’s adverts, and then there’s badverts, promoting the biggest, worst emitting SUVs is like up-selling pollution, and we need to stop.”

But Mike Hawes, from the industry’s trade body, the Society of Manufacturers and Traders, told the BBC: “SUVs are an increasingly popular choice.

“To single out a particular body type (such as SUVs) is to ignore the huge advances in emissions and powertrain technology made with every new model.

“Today’s vehicles of all types are the cleanest in history, with average CO2 emissions from dual purpose cars being more than 43% lower than they were 20 years ago.”

The Local Government Association, which represents local councils, is nervous of the trend towards larger vehicles.

A spokesperson told the BBC: “Making parking spaces larger would mean fewer spaces. Motorists would have to pay more for parking and wait longer for a space.”

Would an ad ban work, though? Steve Gooding, from the RAC Foundation, said: “People spending £70,000 on a new car are probably not swayed much by ads – they’re attracted to the prestige brand. I suspect banning adverts wouldn’t make a great deal of difference.”

What’s more, the report is published at a difficult time for the UK car industry, which is on its knees from the after-effects of the coronavirus pandemic.

“(Given our CO2 targets) there is a clear trade off to be made: the more we can shrink the size and weight of the cars we drive, the less we will have to restrict how much they are driven.

“We ought to be thinking about not allowing large polluting cars to be sold into the UK market at all.”

She added: “Our research shows an approach where the most polluting cars are phased out from now over the next 10-15 years will be more effective than the government’s proposed ‘cliff-edge’ target date in the future where petrol and diesel cars are suddenly no longer allowed to be sold.” 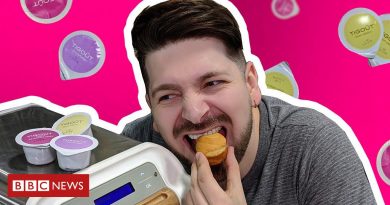 Cupcakes, creams and cocktails: Have we reached ‘peak pod’?

The manner in which popular instagram grand master, Hushpuppi was arrested and transported to the United States of America (USA)