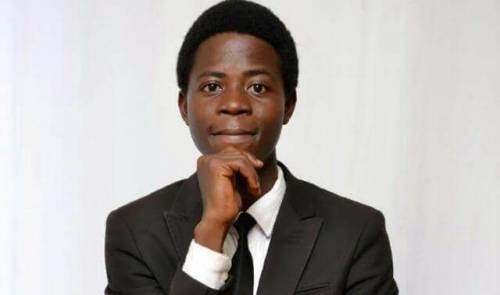 As the spate of insecurity in Nigeria continues to wax stronger, President Muhammadu Buhari said yesterday, while celebrating Sallah with his family and aides inside the comfort of the Presidential Villa, that Nigerians indeed know that his regime has done its best. It came as a rude shock to many that the President could utter such a disturbing statement when the country is largely at war, to put it mildly, and condemnable little or no effort has been put in place to restore peace, tranquillity and security in the country.

On the eve of Sallah, at least, no fewer than two bomb blasts were recorded in Maiduguri. A day before that, the convoy of the Borno State Governor, Babagana Zulum was violently attacked by insurgents in Baga, Kukuwa Local Government of Borno State. Notably, the massacre in Southern Kaduna still continues unabated, leaving the hopeless, helpless and innocent citizens to their fate. The list is endless! The situation is turning from bad to worse: banditry, kidnapping, armed robbery, raping, insurgency, and herdsmen terrorism – all on the rise!

Is it not ironic that those who terrorize the country are still being fed, clothed, ‘financed’ and given education by the Nigerian State? Over here, not alone has terrorism being made lucrative, terrorists are being handsomely rewarded by the government and the surviving victims of their virulent attacks are made to wallow in unmitigated agony and live in tattered penury at the Internally Displaced Persons (IDP) camps.

Just last week, over 601 ex-Boko Haram insurgents were rehabilitated in Gombe State. To be honest, I am yet to understand the unjust system that allows killers of innocent people to be rehabilitated, on the basis of repentance, back into the society when the insurgency has not fully ended. My grouse is majorly about the legal framework that allows apprehended criminals disturbing the peace of our country to be freed under such ridiculous conditions and circumstances. For a fact, I do not know of any living law in Nigeria that provides for clemency or rehabilitation when the alleged criminals have not even been tried or convicted. Such a cruel level of arbitrariness! Truly, lawlessness is the greatest form of insecurity.

Most respectfully, the statement of the President is insensitive, insulting, and shows that the scorecard of his performance is written in red biro. If the whole country is being caught by a raging inferno and the man in charge declared he has done his best, it is evident the impotency of his competency is apparently incapable of consummating this marriage. If what we have now is the best the President can do, we are all in a serious trouble.

By virtue of Section 14(2)(b) of the 1999 Constitution of the Federal Republic of Nigeria, “the security and welfare of the people shall be the primary purpose of government”. Interestingly, the President took an Oath to defend, secure and protect the people of Nigeria under the Seventh Schedule of the 1999 Constitution. It is not amusing to now see the same President turn around to declare he has done his best when the house is almost completely fallen? It is a crying shame that this statement is coming from a man who promised to bring ‘Change’, and later ‘Next Level’, to Nigeria. Is this the best of the ‘Change’? Is this the best of the ‘Next Level’? At this point, all genuine lovers of Nigeria have a thousand and one reasons to be worried.

The President’s statement can be likened to the proverbial pupil who claimed to his parents to have done his best even when he failed all his subjects. That should be treated as an expensive joke and an insult to the addressee. I have consistently maintained that during the electioneering season, President Buhari never promised that the administration will do “its best” but the best. Nigerians did not elect a leader who will simply do his rather selfish best but one who will do that which is best for the good of all. It will be apposite to say that the best of the President is not enough as the people’s interest trumps personal indolence. The good people of Nigeria deserve the very best, and not the President’s fictitious and unrealistic ‘best’.

Without mincing words, the utterance of the President smacks of incompetency and the inability to live up to his basic constitutional duties. Some called it Freudian slip, well, to say in the face of the tragedy we witness now, the President has done his best is not just provocative, it is an insult to the Nigerian people, on whose collective sweats and resources his office is being maintained.

Or, could it be that the President has lost touch with our current national realities? Human lives are getting increasingly too cheap in Nigeria. So, I find it too worrisome that a President could make such a statement when the country is almost becoming a State of Nature. In fairness to the President, maybe the old man is currently ‘not aware’ of the security menaces, just like he has always been. With that, Nigerian could have easily forgiven him for expressing surprise. But, to be unaware of the fire on the mountain and still make such a statement is wicked, callous and inhuman.

The days ahead are perilous. Nigerians are tired of excuses and empty promises. President Buhari needs to be told that his ‘best’ is nothing close to the very best. He must show leadership at this juncture. The innocent blood flooding our country should not be allowed to turn a river. Service Chiefs found wanting should be appropriately sanctioned. And if the President feels what we have now is all that he can deliver, he should do the honourable thing: resign. For being a Nigerian President is not a do or die affair.

Francesco Luigi Scotti “So you really want to know [what I’ve had done]?” says Huda Kattan through a shy smile.