FROM its rugged looks several decades ago that defines its off road prowess, Land rover has redefined its iconic Defender with head-turning design and new technologies.

But the most interesting thing is that the new Defender didn’t lose its capability that made it the choice of the military across the globe. Looking quite captivating, with outstanding fresh design, the Land Rover is now even more capable.

The big news at the moment is that the  most capable Land Rover ever made is now available in sub-Sahara Africa. Beside the  luxurious and refined Range Rover family and the capable and versatile Discovery SUVs, new Defender completes the Land Rover line up.

Not only is the new version driven by a passion and respect for the original, it also inherits the previous model’s naming convention. Available now in 110 guise, which gives a historic nod to the 110-inch wheelbase of the previous generation, the Defender 110 body style offers customers a choice of five, six or 5+2 seating configurations and a loadspace ranging from 1,075 litres behind the second row, to 2,380 litres with seats folded.

A short-wheelbase Defender 90, with seating for up to six, is scheduled for introduction early next year. At the launch recently in South Africa, the the headquarters of Jaguar Land Rover in sub Sahara Africa, the market that covers Nigeria, Land Rover offered the 110 line-up which  includes a flagship 3.0-litre straight six-cylinder P400 featuring efficient Mild Hybrid Electric Vehicle technology with outputs of 294kW and 550Nm.

Alternatively, customers can choose between two 2.0-litre variants, with a P300 turbocharged petrol offering 221kW and 400Nm, and a D240 twin turbocharged diesel producing 177kW and 430Nm. The Defender will be introduced in Nigeria any moment from now by Coscharis Motors. 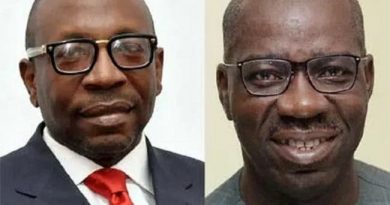 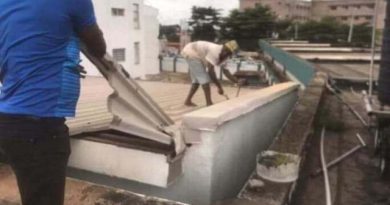