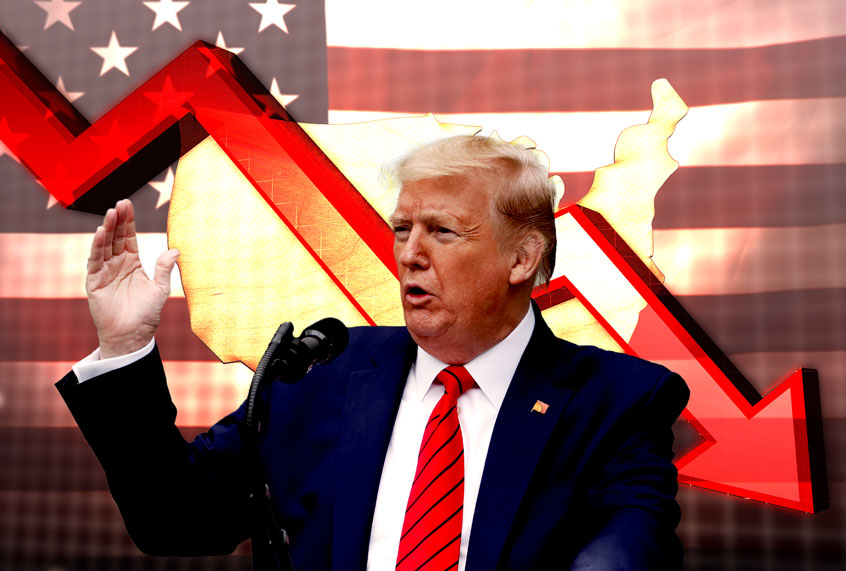 The U.S economy contracted at a staggering annual rate of 32.9 percent between April and June, according to Thursday’s announcement by the U.S. Bureau of Economic Analysis (BEA). It was by far the most severe decline since the government began keeping quarterly gross domestic product data in 1947, and more than three times worse than the previous record decline of 10 percent in 1958.

The BEA identified a decline in “personal consumption expenditures” as one of the main factors driving the bad economic news, which was not especially surprising given the context of the coronavirus pandemic, with most Americans largely at home for most of the quarter. There was a sharp drop in services like health care and goods like clothing and footwear, along with decreases across the board in nearly all categories of spending and investment. It’s difficult to make a clear comparison between this contraction and the state of the economy during the Great Depression, an enduring crisis that lasted from 1929 through the start of World War II, but the economy contracted by 12.9 percent in 1932.

What lies ahead? Most likely no immediate good news. Dr. Gabriel Mathy, a macroeconomist at American University, told Salon by email that the decline in investment is “troubling” because sharp drops in investment tend to correspond with recessions. He noted that while consumption was supported by stimulus measures like government direct payments to households and the supplementary unemployment benefits, the anticipated reductions in unemployment benefits will also affect consumer spending.

“That’s one significant headwind, as well as the upcoming wave of fiscal austerity at the state and local level,” Mathy explained. “We saw the same type of cuts at a smaller scale in the 2010s and the slow recovery that resulted: expect this round to be worse since there doesn’t seem to be any federal help for state and local budgets in the GOP version of the spending bill.”

Yale economist Dr. Steven Berry told Salon by email that he saw only one way to pull the U.S. economy out of this steep downturn: Defeat the coronavirus.

There is a strong consensus among economists that the first rule of pandemic economics is to fight the virus. Evidence is now clear that the great part of the economic downturn follows from the actions of ordinary people sensibly trying to avoid getting sick. The lockdowns are not the economic problem. Treating the economic symptoms with expanded [unemployment insurance] and other spending is important. But if we don’t invest more in fighting the virus, the economic suffering will continue.

We need massive funding for fast widespread testing, contract tracing, help with quarantines, PPE, therapeutics and vaccines. Such spending will be repaid in reduced future spending on stimulus, etc., and in direct benefits to economic and social life. We could crush the virus and restore the economy. So far we haven’t even tried.

The most important policies right now are to better fight the pandemic. Indoor gatherings in high-risk areas like restaurants and bars should be banned nationwide and national mask orders implemented. Until we have the pandemic under control the recovery will be incomplete. On the economic front, continuing the extra unemployment benefits and sending out new payments to households is of primary importance.

Dr. Kenneth Pomeranz, a professor of modern Chinese history at the University of Chicago who has also written about world economic history, told Salon in an email that there are likely to be harsh consequences for many people during this recession, partly because “in some ways, we still hadn’t fully recovered from 2008 when this hit. Yes, unemployment was low, but for most Americans, income growth was still quite sluggish (as it has been for most of the last 40 years), and economic insecurity (measured, by, for instance, the ability to cope with a sudden, unexpected expense of, say, $1,000) was widespread even before this.” He also noted that higher education and health care have become increasingly unaffordable, with the latter being out of reach for many people despite the Affordable Care Act.

When it comes to the long-term social consequences of the pandemic-induced recession, Dr. Roger D. Simon, a professor of social and urban history at Lehigh University, told Salon by email that “there will be major structural changes” to society, including the likelihood that “people will be leery of movie theaters, concerts, restaurants, even religious services for quite some time. And when they return it will be to a different environment. Those sectors will decline.”

He added, “If working from home becomes more prevalent, as it seems, it will reverse the revival of cities seen in the last few decades. There will be less traffic from office commuters, but also a decline in mass transit, vital in the largest cities. Retail may bounce back eventually, but online purchasing is only growing in popularity. Shaking hands is a thing of the past. Maybe even hugging non-close relatives.”

Dr. Allan Lichtman, a political scientist at American University well known for his record of successfully predicting presidential elections, told Salon that the economic news does not bode well for President Trump’s chances of re-election. He has not yet made a final, formal prediction for the 2020 election, but said he expects to do so soon.

‘I do believe we are entering a new phase of our history, where recovery will take some time,” Lichtman said. “However, I also look at the current crisis as an opportunity for constructive change.” After pointing out that the Great Depression helped Franklin D. Roosevelt win the 1932 presidential election and implement significant economic and social reforms, he argued that this economic contraction could bring about “another period of American renewal, with constructive measures to deal with catastrophic climate change, racial injustice, income inequality, health care challenges and immigration. It can also be a time when we take measures to shore up our democratic institutions that have come under such pressure during the Trump years.”

He added that, for this to happen, Joe Biden would have to defeat Trump, just as in 1932 Roosevelt defeated incumbent Herbert Hoover, who was widely blamed for the disastrous state of the economy. 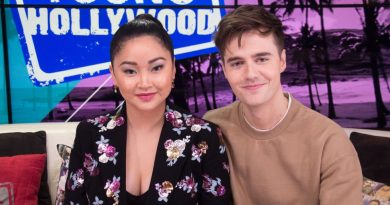 Derek Chauvin’s trial is a test of whether facts matter