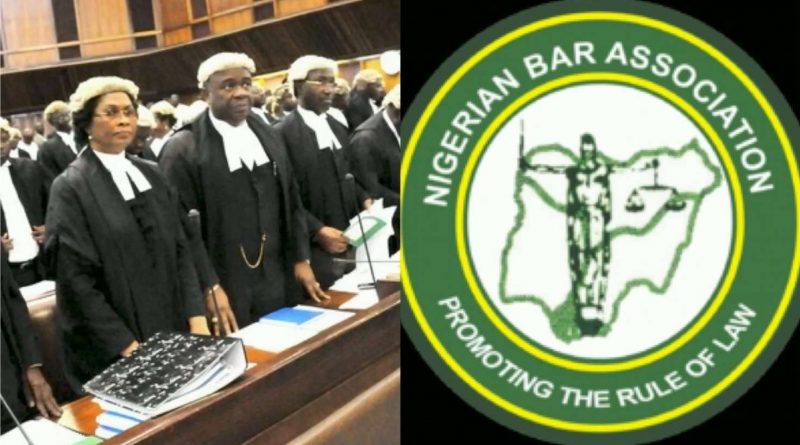 Despite engaging a United States based electronic voting company to conduct the Nigerian Bar Association (NBA) Elections, many lawyers have expressed fears that many could not locate their names while some unknown names made the final voting list.

The verified list of verified voters released earlier by the electoral committee showed cases of missing names and traces of unknown names. According to the record, about 9, 686 names were purged from the “final list” of 39, 321 eligible voters to bring the current verified figure to 29, 635.

Assistant Secretary, Uyo branch, Udeme Rivers,
made the following observations: “Majority of members of Uyo Branch of NBA who were conspicuously listed in the first and second provisional list earlier published, who also ensured they were verified in preparation to participate in the election today, are not found in the third but last provisional list published this afternoon.

“The names of colleagues and members who did not make it to the first or second provisional list, who as at the 31st day of March, 2020, did not pay their BPF and Branch dues, talk more of being verified, are rather miraculously included in the third but last provisional list published this afternoon.

“As the Assistant Secretary of Uyo Branch of NBA who has knowledge of members of the Branch, it is also very shocking that some of the names allotted by the ECNBA to form the list of eligible voters from Uyo Branch are strange and unknown to our secretariat.”

He finally noted that the names and branches of eligible voters in the first and second provisional lists earlier published by the ECNBA were arranged alphabetically for easy readability and identification of members, compared to the third. “But last provisional list published this afternoon, wherein names are scattered randomly with no orderly compilation, and thousands of other names are just mentioned on the list without alloting them to their various registered Branches for easy identification and confirmation.”

Also, Uromi Branch which had 45 eligible voters on the final list after the verification only 20 names were released out of which only nine are actual members while the other 11 are unknown names.

Members of the Isiokpo Branch discovered only 48 names of their members were released on the Verified List as against the 84 names that were previously published on the Final voter’s list.

Ikorodu Branch which had about 233 names on the previously released voter’s list now has only 132 names, leaving over 100 members disenfranchised. Sapele branch was formerly 100 names now 70 names out of which 20 are not branch members.

Ogunlana who is former chairman, NBA, Ikeja said almost all the candidates in the national elections have expressed their doubt with the integrity of the Electronic Voting Platform. “We categorically demand that to rest this vexatious issue of Electronic Voting manipulation and rigging, the exercise should be decentralized with same to be conducted at Branch levels before central collation at the national level. We also call for the abolition of rotational Presidency on tribal arrangements as it currently exists,” he said.

While reacting to the complaints, the ECNBA said: On this 29/7/2020, the ECNBA circulated the list of accredited voters for the NBA National Officers election 2020 slated to commence at 11:00PM of Wednesday, 29/7/2020.

“Members are assured that the unique identifier of each voter to be able to vote remains the enrollment number which is peculiar to each voter. The ECNBA received complaints of members being placed in branches other than their own. This situation is regretted, but arose because members in the course of verification did not fully update information on their current branches and or sex and consequently were assigned the default positions (place holder) on the verification platform.

“Members are advised to proceed to vote and disregard any such branches and or sex assigned to them as these do not bear on eligibility, convenience or result of the elections.

“Members may wish to update their details on the membership portal of the NBA after the elections. In respect of omitted names, please see the ECNBA previous statements, more particularly ECNBA Statement No.018”

How D’Banj, Praiz, DJ Spinall And Other Top Musicians Turned Up For MTN’s Music Time!