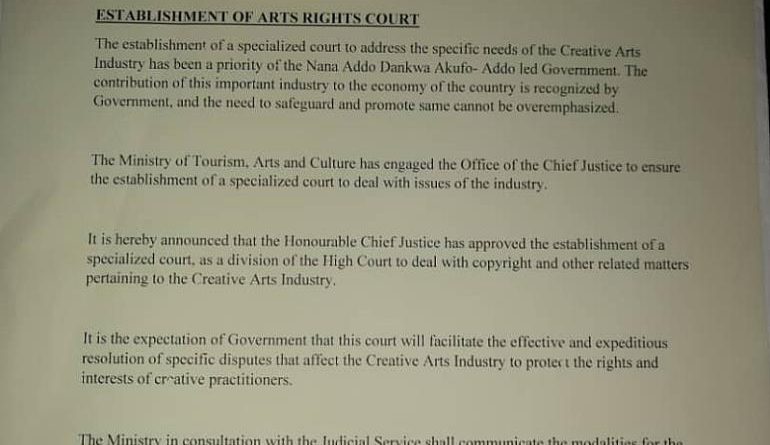 In tandem with the objective of addressing specific issues in the creative industry, government has announced the establishment of an Arts Rights Court.

The Minister of Tourism, Arts and Culture, Barbara Oteng Gyasi, in a press statement announced that her ministry has engaged the Office of the Chief Justice to ensure the establishment of a specialised court to deal with issues of the industry. 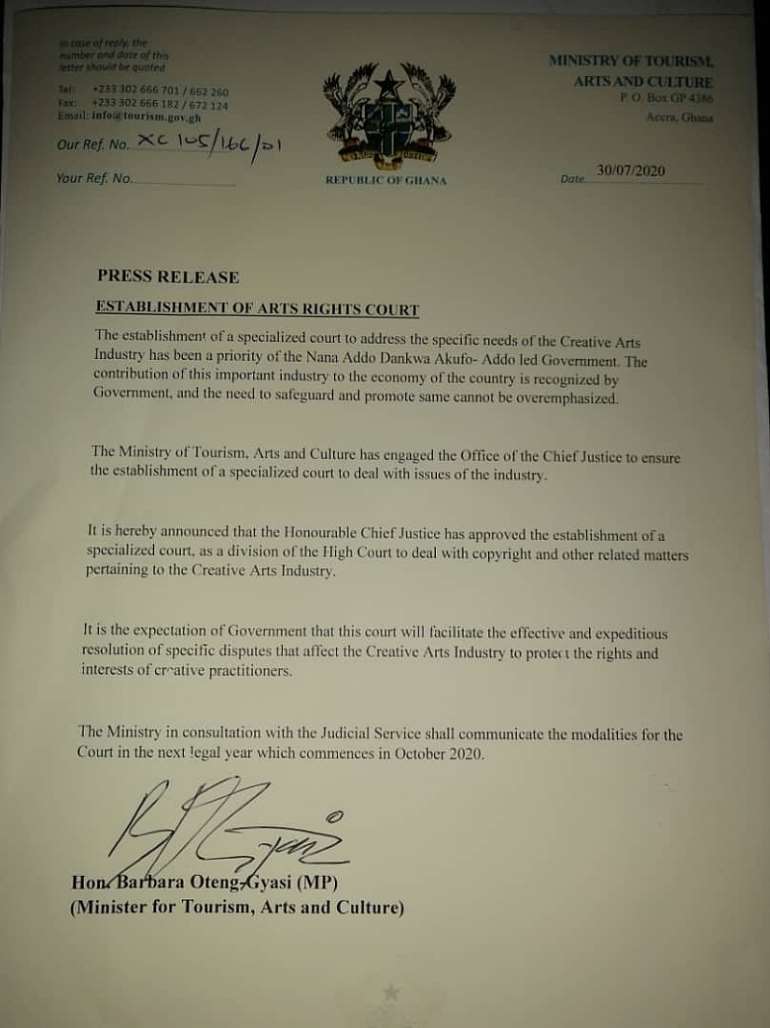 “It is hereby announced that the Honourable Chief Justice has approved the establishment of a specialised court, as a division of the High Court to deal with copyright and other related matters pertaining to the Creative Arts industry,” the statement added.

It is expected that the court will expedite the resolution of specific issues that affect the creative industry.

This establishment of a Copyright Court for the arts industry was captured in the 2016 manifesto of the New Patriotic Party (NPP).

“The NPP will collaborate with the Chief Justice to create a Division of the High Court, focusing on the Creative Arts to deal with all matters relating to intellectual property rights, complete with a dedicated enforcement unit,” it says.

However, the Minister of Tourism, Arts and Culture on 30th October 2019 said during the Creative Arts Forum held at the National Theatre that the government had jettisoned the idea of establishing a court for the creative industry.

Rather, she explained that plans had been made to ensure that judges were trained for the various courts across the country to take care of arts-related matters.

“The President of Ghana, Nana Akufo-Addo promised the creation of a copyright court. We have engaged the Chief Justice of the Republic on this issue. She has recommended that we look at rather training a critical mass of judges across the country so that wherever a practitioner finds themselves and they are confronted with a challenge, they can go to a court within their jurisdiction to deal with the matter expeditiously rather than concentrating all our issues to one court in one centralised location,” she said.

In the wake of this, she assured that government would train the judges in the first quarter of the year 2020 so they could execute the task.

The absence of the copyright court has been one of the major banes of stakeholders of the creative industry. 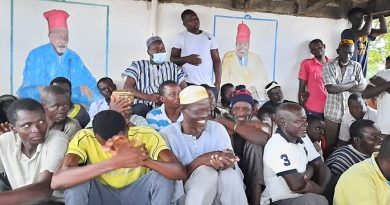 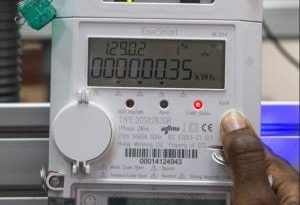