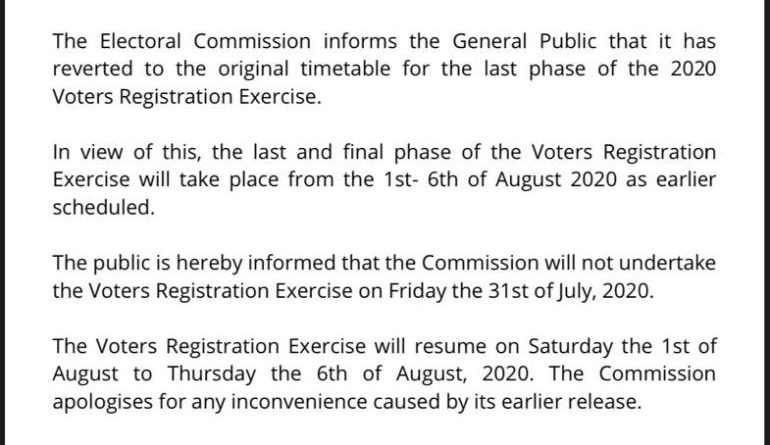 The Electoral Commission says it will not undertake voter registration on Friday, July 31.

This was captured in a press statement issued by the EC on Wednesday, July 29.

“The public is hereby informed that the Commission will not undertake the Voters Registration Exercise on Friday the 31st of July, 2020.”

“The Voters Registration Exercise will resume on Saturday the 1st of August to Thursday the 6th of August, 2020. The Commission apologises for any inconvenience caused by its earlier release,” the EC added.

Officials of the EC had told Citi News that the decision was taken based on a number of considerations, including the Eid-ul-Adha celebration slated on the said day.

Various stakeholders had called on the EC to suspend the exercise on Friday to make way for the commemoration of the 2020 Eid-ul-Adha festival.

The Member of Parliament for the Kumbungu Constituency, Ras Mubarak had argued that it will be a total disrespect to Moslems in Ghana and all over the world for the EC to continue the exercise on such an important day for Moslems.

“On a day, Moslems are expected all over the world to be observing the feast of sacrifice that is the Eid al-Adha, the Electoral Commission has decided to go ahead with the registration of voters on such important day. One of the two most important festivals for Moslems up and down the country and globally.”

Ghana’s immediate past Ambassador to the Kingdom of Saudi Arabia, Alhaji Said Sinare had also made a similar call.

“I want to believe the leadership of the Electoral Commission understand the import of this day to not only the Muslims in Ghana but across the globe. Scheduling a national exercise on a public holiday is not just sheer disrespect to the Muslim Community of the country but a great act of lawlessness and disregard to the constitution of the land which professes freedom of worship,” he stated.

Below is the full press statement from the EC 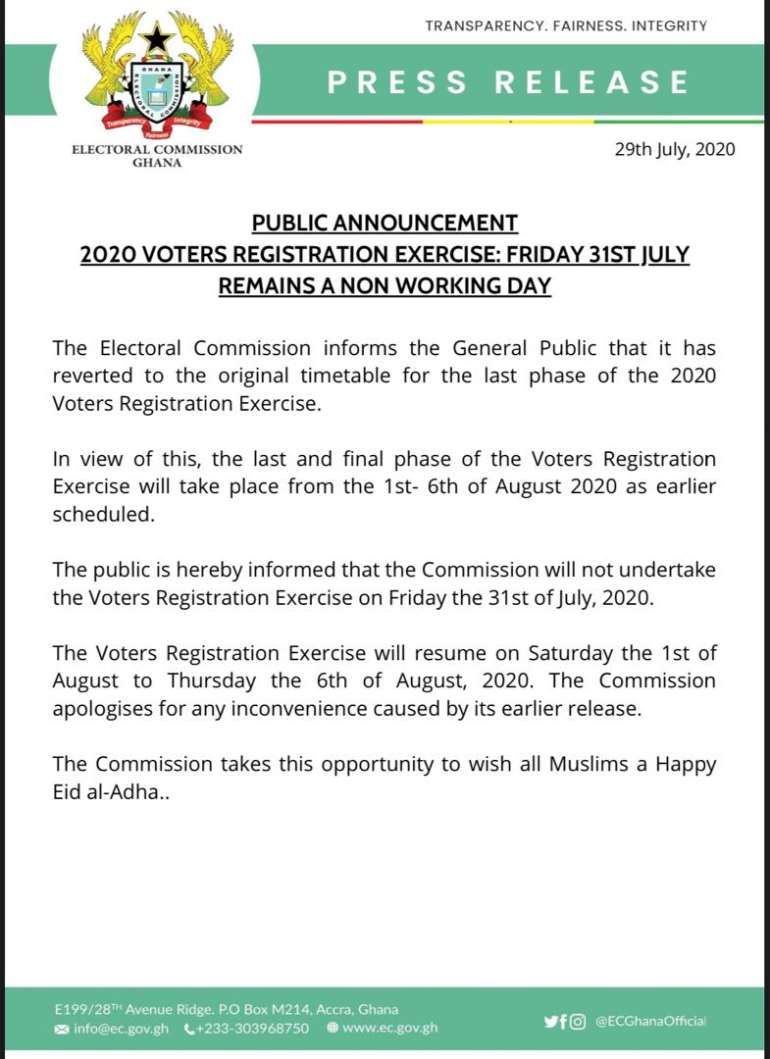 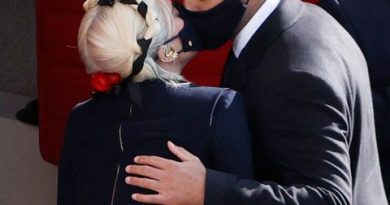