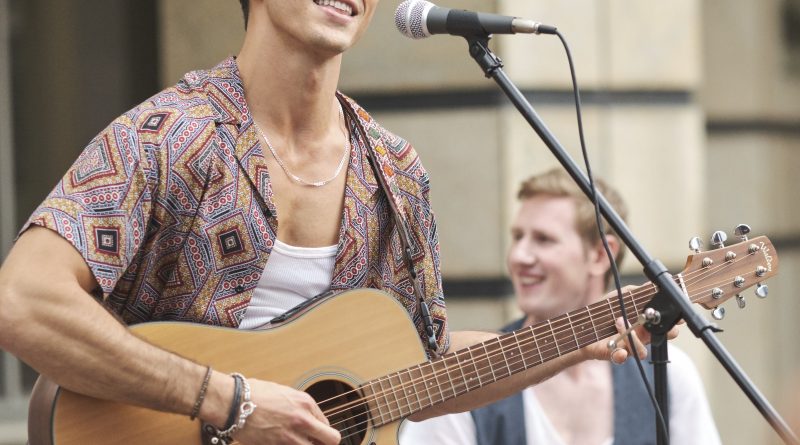 Mild spoilers for The Kissing Booth 2 ahead.

We haven’t seen the last of Taylor Zakhar Perez, 28, who plays Elle’s (Joey King) new love interest in The Kissing Booth 2. At the end of the hit Netflix sequel, Marco earnestly vows to pursue a relationship with his Dance Dance Mania partner. He’ll likely stick to his word in the newly-announced Kissing Booth 3, which has already completed filming. Ahead, everything we know about Zakhar Perez, including his own romantic status and whether he actually did all of that singing in the movie.

He has guest-starred on several high-profile TV shows.

Before he was Netflix’s newest heartthrob, Zakhar Perez appeared on several popular TV shows. Back in 2012, he guest-starred in an episode of iCarly before moving on to roles in Freeform’s Young & Hungry and the political drama Scandal.He also played a role in an unreleased Cruel Intentions pilot alongside Sarah Michelle Gellar.

Zakhar Perez has a musical background and sings in real-life.

Zakhar Perez grew up in Northwest Indiana and got his start in the entertainment business by doing regional musical theater. He told the New York Times that early theater influences include Cats, West Side Story, Rent, and Wicked.

Despite his musical background, Zakhar Perez told Glamour he was “immediately spooked” by the prospect of multiple musical numbers in The Kissing Booth 2. “In the casting breakdown, it said, ‘Please submit professional singers and dancers. We would love to consider Eurovision or American Idol stars,’ or something like that,” he recalled.

Zakhar Perez admitted that he had never played guitar like his character Marco does. Instead, he mastered piano growing up. After landing the role, he told PopSugar, “I practiced my butt off,” adding, “I was super, super lucky to have [the film’s director Vince Marcello], who has a crazy amazing musical background, being an actor on Broadway. He was able to set me up for greatness and just give me all of the support I needed.” However, Zakhar Perez confirmed there was a voice double used for singing scenes in the film.

He hadn’t watched The Kissing Booth prior to his involvement in the sequel.

When Zakhar Perez received the script for The Kissing Booth 2, he had no idea he was auditioning for a hit Netflix franchise. “I had no idea it was such a phenomenon,” he told Glamour. “When I went in to audition, it didn’t say it was for The Kissing Booth 2. They kept it a secret. However, the script kept talking about the kissing booth, so I thought, ‘Hmm, let me look this up.’ I finally watched it before my third meeting with the producers.”

He confessed to the outlet that while he may have been late to the Kissing Booth party, he spotted a lot of similarities between himself and his character. “There’s certain Taylor-isms in Marco,” he explained. “Like Marco, I’m not afraid to share my feelings with those around me. But I follow through a lot more than he does. He’s the kind of guy that tries really hard but doesn’t want to show that he’s trying really hard because if he fails, then he doesn’t really fail. If I fail, I’m like, ‘Okay, next one, moving on.’ Marco hides behind it.”

He comes from a large family.

Zakhar Perez likely adjusted to the large cast of The Kissing Booth with ease, as he comes from a large family himself. He’s the sixth of seven siblings and credits one of his sisters with igniting his passion for performing. “My sister is actually the one who got me into acting,” he told the Times. “She did like 40 performances of Annie one winter—you know, that’s like the go-to play in community theater. I went with my parents, and I was watching it like, ‘Okay, this is fun, I could do this.’ So then they asked if I wanted to get involved ushering and just handing out the playbills, and I’m a 12-, 13-year-old kid, why not?” He later added, “After that, I kind of just fell in love with it.”

Zakhar Perez is single and has spoken about what he’s looking for in a partner.

Although there have been recent speculation he’s dating co-star Joey King, she’s reportedly dating The Act producer Steven Piet. As for Zakhar Perez, he told Glamour this month, “I’m not dating anyone.” However, he did playfully address those King rumors when asked if he’d ever date a fan. “Like, I’m a fan of Joey and wish that she would date me, you know what I mean?” He laughed. “I feel like it’s different if you’re in the same industry with each other and a fan of each other’s work,” he explained. “I don’t want to say no, because you never know. What if you date someone that doesn’t know who you are but then becomes a fan of your work?”

Other need-to-know facts about his single status include his celebrity crush (Angelina Jolie in Tomb Raider) and attraction to “adventurous people.” Zakhar Perez admitted, “I paddle board and hike and surf, so I feel like my friends are my type. I’m a huge proponent of dating friends or people you’ve had heart-to-hearts with before you become intimate. Emotional intimacy is way more important to me than sexual intimacy.”

He enjoys spending time outdoors and hanging out with his dog.

A scroll through his Instagram feed reveals, Zakhar Perez’s love for both the outdoors and his adorable dog, Jack. February brought a skiing trip to Switzerland. In June, he was “sailing with the quarantine crew.” A few years ago, Zakhar Perez also shared this outdoor shot with his dog:

During a recent interview with Glamour, the actor spoke about the close bond he shares with his pet. He confessed to speaking with “my mini schnauzer Jack like he’s a human.” Zakhar Perez continued, “I will legit lay on the floor and say, ‘I love you, I love you.’ I hear his breathing change; he makes these noises like how a cat purrs, and it’s so cute that he knows this feeling.” 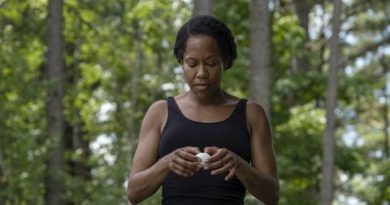 Watchmen Was Best When It Kept Us From What We Want

Why “Planet of the Humans,” Michael Moore’s new film about green energy, is so controversial