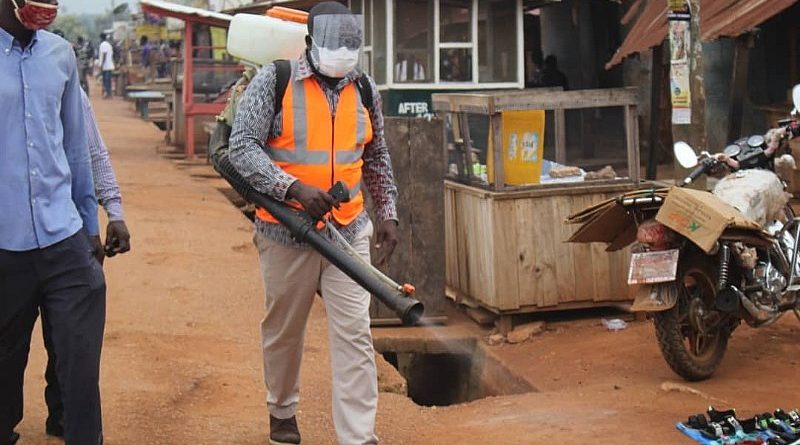 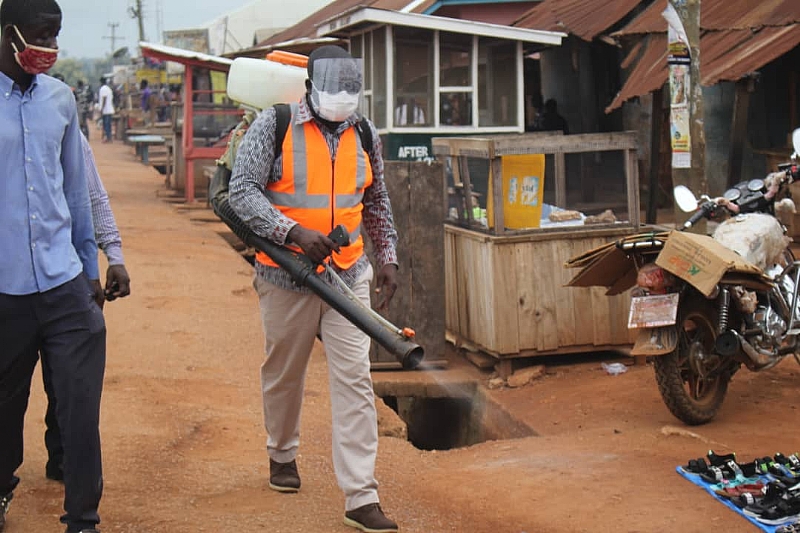 As part of spontaneous steps put in place to cut the spread of confirmed coronavirus cases in the Dormaa East District, the District Public Health Emergency Committee (DPHEC), over the weekends led a fumigation exercise across all major towns.

Led by the District Chief Executive, Hon Emmanuel Kofi Agyeman who is also the Chairman of the DPHEC, a gang of over 30 motorized sprayer volunteers on Friday July 17, 2020 sprayed chlorine and other chemical mixtures at the District hospital, Markets, Streets, Gutters, Stores, Lorry parks and every possible venue capable of being a breeding ground for the disease.

The District in the course of week, recorded 22 positive cases of the viral disease. 17 on Wednesday July 15, 2020 and 5 more, the following day.

In order to well managed the situation, the DPHEC on the same day of hearing the new, reformed strategies already in place to quickly control any further spread, since the victims had been in the mist of the people all this while the samples were under test, hence the disinfection

The exercise continued on Saturday covering public offices such as the Banks, Departments and Agencies, the District Assembly and its Residencies as well as the Health facilities.

The exercise organized locally, with support from the District Assembly is the second thorough fumigation exercise the District has experienced this year after the outbreak of the pandemic. The first, was the general exercise, organized by the central government in partnership with Zoomlion Co. Ltd few months ago.

Other strategies still underway in the siege against the virus, include intensified public education and strict enforcement of the protective protocols.

In an interaction amidst the fumigation exercise, Hon. Emmanuel Kofi Agyeman, reiterated that the public need not to fret or panic but be obedient, extra careful and discipline in the support of government’s efforts to overcome the disease.

Adding that “if people thought the disease was far from us and they were living anyhow they wanted, the disease is now with us in this district and it is no respecter of persons and to defeat it, would require a sense of discipline and adherence to the protective protocols”. He added the Rapid Response Team of the Health Directorate is on standby to give maximum attention whenever necessary. He called on the cooperation of each and every one in the fight of the deadly disease.

The NPP Parliamentary Candidate, Mr. Paul Apraku Twum Barima who was also part of the fumigation team, commended the committee members of DPHEC for their commitment and determination to combat the menace.

He expressed satisfaction with the effectiveness of the exercise and was very hopeful the spread can be curtailed. He also called for support from the public to win the fight against the disease. 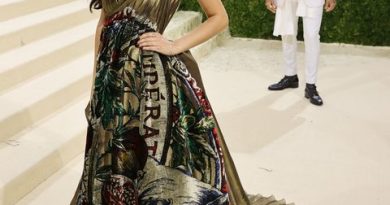 Everything You Need to Know About Rachel Zegler, the Rising Star Cast in Spielberg’s West Side Story 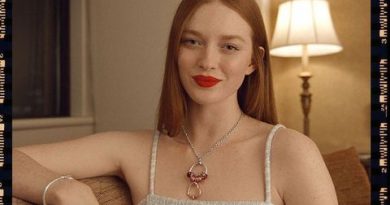 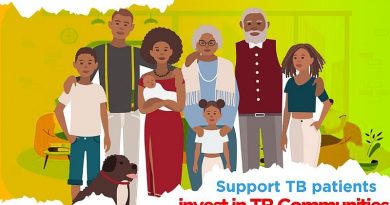 As part of the country’s efforts to fight the coronavirus (Covid-19) pandemic, the Ministry of Aviation (MoA) and Ghana Airports