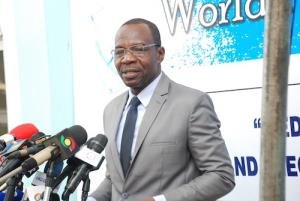 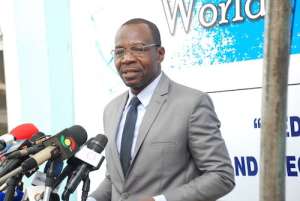 The Ghana Journalists Association (GJA) has emphasized that the directive from the Ministry of Communications asking the Ghana Broadcasting Corporation (GBC) to reduce its number of channels on the National Digital Terrestrial Television (DTT) platform is wrong and unconstitutional.

A letter from the Ministry to the GBC on June 26 indicated that it has become necessary for the state channels to be consolidated into 3 to ensure there is redundancy on the National DTT platform which is currently at full capacity.

Following several oppositions from the National Democratic Congress (NDC) as well as other institutions including the Media Foundation for West Africa (MFWA), the GJA has also added its voice.

According to GJA, the directive from the Communications Ministry goes against Chapter 12 of the 1992 Constitution and will lead to some of GBC’s programs going off if it is seen through.

“It is the view of the GJA that the directive will significantly impact on the operations of the GBC and amount to interference by government in the work of the state-owned media.

“And this is against the provisions of Chapter 12 of the 1992 Constitution. The directive has the practical effect of curtailing the broadcasts of GBC and will lead to some of its content or programmes going off the air”, a statement from the GJA dated July 20, 2020, and signed by its President Affail Monney has said.

After raising several key points, the GJA has demanded that the directive by the Ministry of Communications to GBC and other media houses on their channels on the DTT platform be suspended immediately.

Read the full statement from the GJA below:

The Ghana Journalist Association, GJA, has observed with great concern the current controversy between the Ghana Broadcasting Corporation, GBC, and the Ministry of Communications, over directive to GBC to reduce the number of television channels it carries on the National Digital Terrestrial Transmission, DTT, and platform.

It is the view of the GJA that the directive will significantly impact on the operations of the GBC and amount to interference by government in the work of the state owned media. And this is against the provisions of Chapter 12 of the 1992 Constitution. The directive has the practical effect of curtailing the broadcasts of GBC and will lead to some of its content or programmes going off the air.

The GJA notes further that the action of the Minister of Communications is not only against GBC but also against at least, one private media house, Crystal TV. The GJA is seriously concerned about the tendency of a Minister of State unilaterally issuing directives to media houses both in the public and private sectors to curtail their operations.

We also view as unfortunate the position adopted by the Ministry of Information that “an engagement on transmission arrangement and rationalization of channels is a matter between the transmission platform and the media organistaion” … “akin to what any transmission platform operation” such as DSTV, Multi TV, GO TV and even GBC T1 would have done”.

The GJA thinks the actions of a Minister of State with respect to a critical national media infrastructure cannot and should not be placed on the same level as that of private business transactions. The directive by the Communications Minister has the potential of curtailing the operations of media houses, particularly a state owned media, which the Constitution has specifically asked to be insulated from governmental control by a constitutional body. The current National DTT platform is the only such

infrastructure in the country and free to air broadcasters have no alternatives with equal coverage.

The discussions with stakeholders including television broadcasters on the building of a DTT infrastructure and the migration of television stations to the DTT platform agreed that there will be only one digital platform for all free to air television broadcasting stations. Also, it was part of the policy that the platform will be managed by government and the broadcasters. However, the Government is managing the DTT platform alone at present as the infrastructure is yet to be completed. No transparent rules have been developed for the management and control of this very vital public asset, though most of the televisions stations in the country are now broadcasting on it. If government is left to solely determine the use of channels on the platform, it could lead to arbitrary and unfair actions that negatively impact on media freedom.

The GJA believes that control and management of the DTT platform is critical to the independence and freedom of the media and should not be left solely in the hands of Government. Just as with the media houses, the GJA would want the NMC to insulate the DTT platform from governmental control and interference. And there should be transparent rules to guide its operations.

Meanwhile the GJA demands that the directive by the Ministry of Communications to GBC and other media houses on their channels on the DTT platform be suspended immediately. The NMC as well as broadcasters, both in the public and private sectors, should be brought into any discussions on the arrangements on the use of the DTT platform. And these discussions should not just be in the form of a meeting for one stakeholder to give directives to the other.

Finaly, the GJA is of the view that, the long term solution to this and any other issues confronting the highly sensitive media industry is for Ghana to attach utmost urgency to the enactment of a broadcasting law.

This is Francis Omata, he is the one that was put in charge of the killings at lekki toll gate. ... See MoreSee Less

It will never be well with you and your family

U must not escape this, today may be for u but tomorrow will be for us. He that killed by sword must surely die by sword.

You will go for it very soon..

Where is the man from, where do s his village

Where is he from go set his village on fire

Please not the village but his main family house

It will never be well with you you Wil die very soon.

Omata you and your family we pay for it come rain or sun.

Omata it will never be well with you and you will never know peace. You must pay for it.

It will never be well with you and your family

It shall not be well with him.him no go shout fire for sambisa

It shall not be well with him, he will pay dearly for it

It's shall not be well with you. You will never know peace for the rest of your life

Him and his family will not know peace till he die

You will not escape death

You shall never know peace

HIS HOUSE HOLD IS GOING DOWN IN JESUS NAME

May the blood of the innocent Nigeria youths u killed continue to hurt you day and night.

Thank You Doctor:
This man did a wonderful job yesterday in saving lives at the toll gate massacre, infact the number of casualties he attended to were many and lives were saved. ... See MoreSee Less

I'm Ebenezer from osun state, ile-ife and thank you 4 save life in toll gate and God we be with you everyday

God .s lifting is your portion

Most public schools and hospitals in Nigeria, in all the states from A-Z, no exception are dilapidated and understaffed. Politicians& their families dont patronize these schools& hospitals, they patronize foreign institutions. They don't care. ... See MoreSee Less

I hope you know what they are earning.