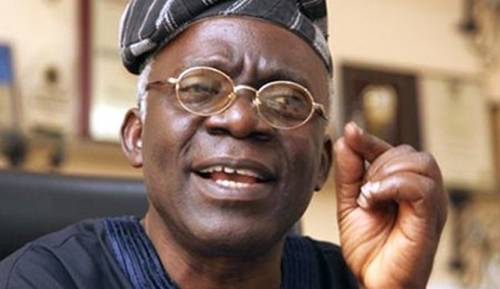 An Aba-based legal practitioner, Mr Emperor Gabriel Ogbonna, was arrested sometime in March this year for criticising the governor of Abia State, Dr Okpeze Ikpeazu, in a Facebook post.

Instead of advising the governor to sue the lawyer for libel in the state High Court, the police engaged in gross abuse of power by charging Ogbonna with the offence of terrorism under the Terrorism Prevention Act as amended before the Federal High Court sitting at Umuahia, Abia State. Mr Ogbonna pleaded not guilty to the charge and was admitted to bail.

He met the bail conditions and was released by the trial court. But angered by the order of the court that had admitted Mr Ogbonna to bail some officials of the state government invaded the court premises, seized the defendant and took him away to an undisclosed place.

It was discovered days later that he had been dumped in the detention facility of the State Security Service in Umuahia. In order to secure the release of Mr. Ogbonna from illegal custody his lawyers approached the Federal High Court to secure the enforcement of his fundamental right to personal liberty guaranteed by section 35 of the constitution of the Federal Republic of Nigeria, 1999 and article 6 of the African Charter on Human and People’s Rights (Ratification and Enforcement) Act. Upon hearing the counsel to the applicant and the respondents the presiding judge, the Honourable Justice D.E Osiagor delivered his judgment on June 29, 2020. His lordship declared the arrest and detention of Mr Ogbonna illegal and unconstitutional and ordered the State Security Service to release him from custody unconditionally or charge him before a court of competent jurisdiction. Furthermore, the learned trial judge granted an order restraining the respondents from further harassing, re-arresting and detaining the applicant over the facts of the case the court and awarded N1.5m damages for his 2-month detention without trial.

Since then all efforts made by  the Nigerian  Bar Association and Mr Ogbonna’s lawyers to enforce the two orders granted by the Federal High Court for his release  from illegal custody have proved abortive.  Hence, a public interest case has been filed at the Federal High Court holden at Abuja by Mr Monday Ubani to challenge the continued detention of Mr. Ogbonna since June 29. Last Friday, the Federal High Court granted the application for the bail of Mr Ogbonna pending the determination of the substantive application. Since neither the Federal High Court nor the Court of Appeal has granted a stay of execution of any of the three court orders authorising the release of Mr Ogbonna from illegal custody the State Security Service should, as a matter of urgency, ensure his immediate release and payment of the reparation N1.5m awarded in his favour by the court. However, if Mr Ogbonna is not released forthwith  his lawyers should commence contempt proceedings against the authorities holding him in illegal custody as no individual or institution is above the law of the land.

In a desperate bid to prevent Ms Joy Nunieh from testifying before the House Committee probing the monumental criminal diversion of the huge public fund allocated to the Niger Delta Development Commission the police invaded her house in Port Harcourt, Rivers State, at 4am on Thursday, July 16, 2020. No doubt, Ms Nunieh would have been abducted and taken to custody  but for the Rivers State governor, Mr Nyesom Wike, who intervened and prevented the police from further infringing on her fundamental rights to personal liberty, dignity and privacy of her home guaranteed by sections 34, 35 and 37 of the Nigerian constitution. Since the Rivers State Police Command had dissociated itself from the unlawful invasion of Ms Nunienhs home the Inspector-General of Police, Mr Mohammed Adamu, should investigate the circumstances surrounding the deployment of the team of police personnel involved in the such reckless abuse of power.

While the governor deserves kudos for his timely intervention we advise the principalities who feel offended by Nunieh’s disclosures to sue for libel in a civil court. Apart from awaiting the report of the investigation committee, President Buhari should dissolve the illegally constituted Interim Management Committee of the NDDC, which has since become a cesspool of grand corruption. The allegations and counter allegations made by the parties involved in the mismanagement of the NDDC have exposed the country to underserved ridicule. Having regards to the fact that the Federal High Court sitting in Port Harcourt has restrained the Nigeria Police Force from arresting Ms Nunieh pending the determination of the substantive application for the enforcement of her fundamental right to personal liberty the Inspector-General of Police, Mr Mohammed Adamu, should prevail on the Rivers State Commissioner of Police, Mr Joseph Mukan, to desist from arresting her as such contemptuous act will portray the Nigeria Police Force as covering up the fraud in the NDDC.

Police command condemns attacks on its properties in Ekiti 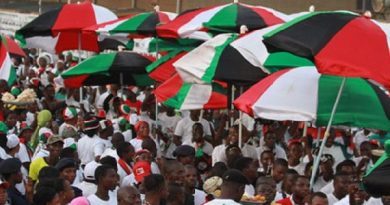 Emir of Zazzau campaigns against COVID-19

Listen to article “If you have to put someone on a pedestal, put teachers. They are the society’s heroes”. (Guy