Briggs who also described the agency as a cesspool of corruption asked the people of the region to stop seeing the commission as a developmental agency but an interventionist agency between the Niger Delta people and the federal government to come between what should rightfully be done for the lack of development and injustice inflicted on them.

“The NDDC is not controlled by the Niger Delta people, nor from the region. From the word go, the NDDC was set up not to succeed but to be placed in a position that the people are the ones fighting themselves on behalf of people who are not Niger Deltans.

“The fact that the management of the NDDC has to be appointed by any President is one major place where this corruption takes place as it becomes a political appointment, hence contrary to its main reason of being setup.

“Even though we are frustrated to the point of saying the Presidential Amnesty Programme, NDDC and Ministry of Niger Delta Affairs should be scrapped, it does not really mean to us that it should be scrapped, but changes must be made in how they are being run.

“What we are witnessing today in the NDDC is not about Akpabio or Numieh but an issue of systemic corruption to deny the Niger Delta peoples anything to do with development, justice and equity in the region.” 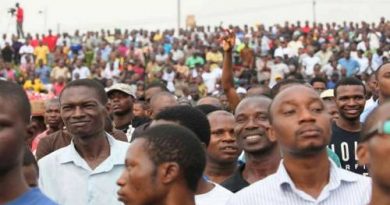 Nigeria had no warning on potential U.S. travel ban – minister

Rape of minors in A-Ibom by pastors, persons in authority worrisome – Police