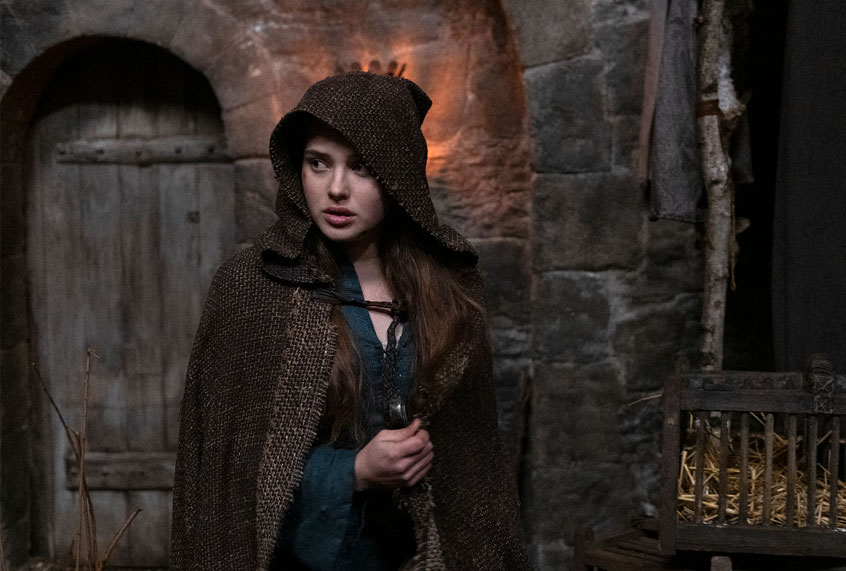 Unspoken rules exist with regard to weapons in dramatic storytelling. If there’s a gun on the stage, it needs to go off. If we see that a character has a knife in his boot, he’d better use it to get out of a bind . . . or his bonds. And if a story centers upon a supernatural sword, the main character had better know how to swing it.

“Cursed,” Netflix’s latest attempt to lock down a successful fantasy franchise in a post-“Game of Thrones” world, places the sword of Arthurian legend into the hands of a young woman named Nimue, played by Katherine Langford (of “13 Reasons Why” fame). Nimue hails from fairy folk, a people connected to nature and the spirit realm. Among those with inherent powers she has special gifts her fellow villagers fear, marking her as an outsider. And that’s before she wraps her fingers around the hilt of one of Western literature’s most famous blades.

When this weapon infused by ancient magic eventually comes into her possession, the story sets us up to think that Nimue would naturally be, at least in short bursts, a total badass . . . when in fact and in action, Langford’s technique is wince-worthy. No matter, because she flails it about well enough to fell evil creatures and terrible men, some of whom are considerate enough to more or less walk into the pointy end.

Handily the show’s editors paint in some CGI arterial sprays in the signature shape of Frank Miller’s artwork making each splash a modern-day version of those cartoon “POW!” “ZAP!” “BAM!” cards that popped up in the 1960s live-action TV series version of “Batman.”

But then, those were played for camp. “Cursed,” a co-creation of Miller and Tom Wheeler, who wrote five of its 10 episodes and authored the best-selling graphic novel the series is based upon, is an entirely serious creation that means well. Through their story, Miller and Wheeler aim to re-shape the legend of King Arthur by placing women in positions of power as opposed to relegating them to mere objects of desire or sinister temptresses. Cheers for good intentions.

Truly there’s much to be appreciated about a version of the creaky Arthurian myth that casts Nimue as the girl who would be queen but is fated to become the Lady in the Lake . . . although in this telling, who can say what that ultimately means?

Fate marks Nimue, who in the way of all high fantasy leaders these days, refuses her destiny before grudgingly embracing it, flailing along as she figures out what to do while the people around her are brained and shot through with arrows. The confusion, you see, is that Nimue contains powers outside of those supposedly bestowed by the sword. People or beasts who threaten her suffer payback from the local flora. She’s not someone you want to anger.

There’s more: “Cursed” also introduces Arthur (Devon Terrell) as a mercenary with a heart of gold and Nimue’s declared protector, even though she declares she needs no protecting, a debatable point.

Merlin (Gustaf Skarsgård) is a drunk and charlatan, hiding the inconvenient detail that he’s lost his powers from of King Uther Pendragon (Sebastian Armesto), a ruler barely holding the country together. Mad zealots in red monks robes led by the bloodthirsty Father Carden (Peter Mullan) rip through the kingdom, slaughtering magical folk – including Nimue’s kin, which places her on a quest to seek out Merlin. Along the way she must unite her people and avoid the murdering paladins while outrunning their champion, a black-cloaked one-man slaughterhouse (Daniel Sharman) whose name remains a mystery until the season finale. A bunch of Vikings pop in along the way, because why not.

There’s nothing wrong with a low-stakes, feather-light romp, and the case that is “Cursed” snugly fits that pillow. Still, it could have aimed higher in its first-season execution on multiple fronts, not the least of which should have been to prioritize putting Langford through some type of Renaissance faire boot camp.

The reason I keep pounding on this point, despite several scenes explaining Nimue’s inexperience to excuse Langford’s unbelievably poor attempt at theatrical sword fighting, is that there are simply too many brilliant female fighters in genre entertainment for the choreography in these scenes to come across as glaringly amateurish.

They also prevent the viewer from fully purchasing the central notion that this sword holds the power to change the fate of a kingdom for good or ill. A locus of that mojo level should make anyone visibly competent in a brawl for 30 seconds at time. In a better series, this would be an easily overlooked flaw. In this piece it exemplifies the B-grade nature of the production’s aspirations and its insistences on maintaining a predictable linearity to its quest.

Turn off your brain, and “Cursed” is fun and more evenly paced than other recent genre debuts. But at best, it feels like a small plate meant to keep our bellies full until we get a new season of “The Witcher,” a yarn that’s far and away wilder and messier but also a reliably better adventure.

Since Netflix, along with every other studio, is still grasping to discover the next great magical franchise, “Cursed” ends on a cliffhanger that I’m guessing will receive an opportunity to resolve, along with a few significant minute-to-midnight reveals that establish its intent to remain loyal to the classic myth’s hallmarks and make a person wonder what wackiness Wheeler and the show’s writers will employ to get there. Yet this is an old story – not “old” in the stalwart, time-honored sense but in its creakiness.

Film and TV audiences haven’t clamored for a retelling of the Knights of the Round Table tales since 1981’s “Excalibur” became a cult hit. If there were any chance of a by-the-book update succeeding Guy Ritchie’s 2017 bomb “King Arthur: Legend of the Sword” shot an arrow into the heart of that dream.

Compared to that “Cursed” is an adventuresome means of squeezing though the portcullis between this intellectual property and audience enthusiasm that allows its chosen one to actually be extraordinary in her own way and without neutralizing her gender. The show may not pass muster with many, but young adults and young women in particular who hungering for a story that places a heroine on a classic hero’s journey might find something to enjoy here, at least until some better enchantment comes along.

“Cursed” is now streaming on Netflix. 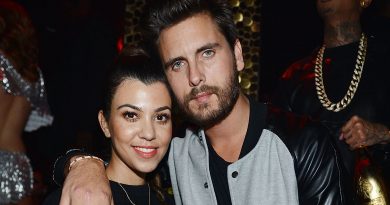