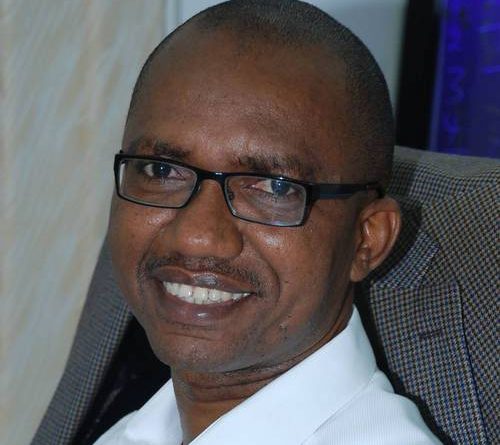 Those who opposed the creation of the Niger Delta Development Commission 20 years ago must be having a good laugh now.

Their biggest concern at the time was that creating another bureaucracy on top of the existing pile of corrupt bureaucracies would serve politicians, not the people in whose name this additional layer was being created.

But those who thought otherwise had strong arguments, too. The turmoil in the South South following the Ogoni crisis and the murder of Ken Saro-Wiwa by the government of General Sani Abacha, had heightened demands for “resource control” in the region. The crisis needed more than the appeasement offered under the existing fiscal structure.

Also, the state and local governments in the region were increasingly out of touch with the suffering, impoverished and restless population whose farmlands were being destroyed and rivers polluted by oil and gas exploration-related activities.

NDDC was a child of necessity; in hindsight, a misbegotten child. In spite of its shortcomings, its precursor, the Oil Mineral Producing Areas Development Commission, was a naughty sibling compared to the hardened crook in Port Harcourt today.

Almost from inception, NDDC has been in the news more for contracts, in-fighting and scandals than for the succour that it is supposed to bring to the communities comprising nine states and about 32million people (roughly 15 per cent of the country’s population) who live in the region.

If the tears of the communities could reach politicians preying on their misery, the events of the last few months would have made them stop and think. One particularly exceptional scandal was the news last week that NDDC staff shared N1.5billion among themselves as COVID-19 allowance.

If the virus, which has so far claimed over half a million lives worldwide had dispensed its entire fury on NDDC alone, Nigeria would still not need N1.5billion to save NDDC staff and sanitise the place.

But in an extra-ordinary public hearing, the Senate ad hoc Committee chairman, Olubunmi Adetunbi, provided a chilling breakdown of how NDDC staff shared half of its N3.14billion COVID-19 palliative. One (unnamed) staff who was apparently at greater risk than all the residents of Wuhan combined, collected N10m; two collected N7million; three got N5million each; 148 got N3million each; 157 got N1.5million each; 497 got N1million each; 464 persons comprising, clerks, cleaners and security personnel more valuable than all the frontline workers in the world combined, each got N600,000.

That’s not all. A special allocation of N475million was made for face masks and hand sanitisers, the varieties that anticipate and proactively eliminate the virus even before it reaches its potential victims. Regrettably, six staff members still managed to get infected.

And this bazaar among the commission’s 1,272 staff members was happening at a time when global attention was focused on the inability of the Federal Government to start the long-overdue environmental clean-up of the Niger Delta and when the region was recording increasingly high rates of infection by the virus. As of Monday, four of the ten Coronavirus hotspots were in the Niger Delta – Edo, Rivers, Delta and Ondo.

Abuja, perpetually beset by attention span crisis, has yet again abandoned the field for politicians to play, with no referees, no rules, no consequences and no boundaries.

In the dirty fight to arm themselves with resources for the 2023 election, the NDDC is the new oil block of Abuja politicians and their foot-soldiers in the region. A little background might help.

There is an unwritten, but well-observed bipartisan rule, that the most senior Abuja politician from the Niger Delta in the ruling party pockets the NDDC.

In accordance with this rule, after Transport Minister, Rotimi Amaechi, fell out of favour following the All Progressive Congress’s (APC) poor performance in the South South in the last election, former APC Chairman Adams Oshiomhole, Deputy Senate President, Ovie Omo-Agege, and Senator Godswill Akpabio cornered Buhari and asked him to wrest the commission from Amaechi and hand it over to them, the new Furies.

He did. In a plot within a plot, however, once it was clear to Akpabio that he would be assigned the supervising ministry, he subverted Oshiomhole and Omo-Agege and instigated a forensic audit which torpedoed the earlier collective understanding of the trio and in fact left the Secretary to the Government of the Federation (SGF), Boss Mustapha, who also wanted firm control of the Niger Delta Ministry, in a quandary.

The retribution from this power-play has not only made it impossible for any productive work to be done, it has also made it easy for a succession of buccaneering ad hoc management committees to help themselves to resources meant to serve the people.

Imagine the suspended interim managing director, Joy Nunieh, accusing Akpabio of sexual harassment and topping it with the uncommon accusation that the commission’s headquarters is not connected to the public power supply because the minister’s girlfriend is the sole diesel supplier?

Or Senator Peter Nwaoboshi, a constant name in the controversy, accusing the minister of inserting projects worth N500million in the 2017 budget to feather his nest? Or the minister responding in kind by proxy that Nwaoboshi is a part of the commission’s rotten history, allegedly using 11 shell companies to divert funds in 2016.

And NDDC is big money. According to a NEITI report in 2013, the commission received about N400billion between 2007 and 2011, just one quarter of its 20-year existence.

With a revenue of N168billion in 2011, if NDCC were a state, it would be the sixth highest earning in the country, displaced only by Lagos, Akwa Ibom, Bayelsa, Delta and Rivers. Yet, an NGO, the Niger Delta Citizens and Budget Platform Social Development Integrated Centre (Social Action), published a report in 2012 which said that in 2011, “The commission was in the news more for corruption than for any development activities in the region.”

In that year, according to the Social Action report, the NDDC spent N1.3billion to fumigate its headquarters; N2.2billion for seminars; N1.2billion for “presidential projects monitoring”; and N1.8billion for travels, among other sundry things.

All the fight so far is not about how the money was prudently spent, but about how it was stolen and shared. When a member of the commission accused oil companies of falling short of their financial obligations to the commission sometime ago, the companies laughed.

Oil companies were the single biggest contributors to the commission in 2007, contributing N40.5billion or 62.6 per cent of the fund out of a revenue of N64.7billion received by the commission that year. If Nigeria’s government has money to waste, serious organisations have other priorities.

If every member of the community that the commission was supposed to serve in nine states got direct transfer of funds allocated to NDDC since 2000, they would each have enough to dig a well for clean water, reinvest in their farms, fix the roads leading to their homes and oil their lamps.

The difference between Abuja politicians and militants who made the region ungovernable for many years by hijacking ships, blowing up pipelines and kidnapping for ransom, is that while we pay and shelter politicians to rob us, militants robbed at gunpoint. Same difference.

Ishiekwene is the MD/Editor-In-Chief of The Interview 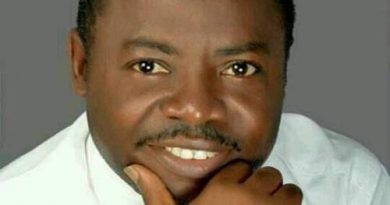 Muhammadu Buhari: The Grave And Its Saving Ghosts -(Part One) By Dr Bolaji O. Akinyemi

A Taste So Sweet, a Smell So Rotten: The Pungent Joys of Durian