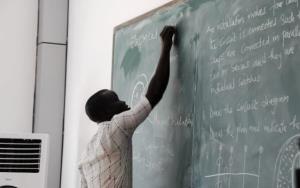 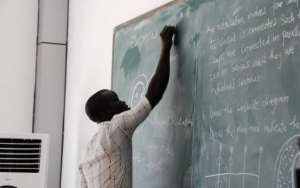 Four pre-tertiary education unions are calling on government to close schools over cases of COVID-19 recorded in schools.

They say the government’s claims of providing all the needed facilities and materials for pre-tertiary institutions to operate safely and avert the spread of COVID-19 in their various institutions are not accurate as the situation on the ground is not the best.

They said the materials in most instances are non-existent or limited.

Angel Carbonu, who spoke on behalf of the unions told Citi News that although the government makes the final determination, their position is that the government closes the schools because the current situation is worrying.

“We as a professional body and base on what is available to us have called on the government. Snippets of the situation is even gradually seeping into the media of infections in schools, schools converting infirmaries into isolation cents but if the government thinks that that situation is good, the final decision is for them to take but it doesn’t look as if it is a good story we are telling,” he said.

Government prior to the reopening of schools assured teachers, parents and students of adequate supply of PPEs and measures to enforce compliance of COVID-19 safety and prevention protocols but according to the teachers that is not the reality on the ground across the schools.

Ghana has recorded more than 100 COVID-19 cases in various pre-tertiary institutions across the country.

While the cases are fairly spread across the country, those reported at Accra Girls Senior High School gained prominence as some students staged a protest on campus to demand their release to go home over concerns they were not safe due to the confirmed cases.

Parents also thronged the school to demand the release of their wards, a request school authorities turned down.

At least 55 people including students have tested positive for COVID-19 in that school.

The Director of Public Health at the Ghana Health Service, Dr. Badu Sarkodie also recently announced that there was a confirmed case in a basic school in the Oti region.

"If they want violence, we will give them violence " Obaseki a Nigerian Governor on Channels TV.

ME: Those of you who will volunteer to fight for him, kindly ask him if his kids and siblings will join in the fight.

Welcome one we are ready

Nice question from u but you should also direct this same question to oshiomole and Ize Iyamu. We have some of his (iyamu) video where he encourage agbero to move from unit to ward and to Local government on election day to rig election.

Arrest all of them including POI if they ferment trouble. You are still the governor, use your power

He does not need anyone to fight for him. Anybody that is violent will be dealt with by security agents. He is the chief security officer remember

This is not kid's fight. It's fight for those who qualify to do it to save the future of our kids. We must stop these criminal political merchants in Edo state.

This boy is unrepentant liar

That's not your concern.

Those fighting for your principal do they include his children? One-sided man, perverted mind. Learn to see well and tell the truth.

Obaseki 🌶 them and unknowingly to them they are joking with 🔥.

Their children dey Canada, they are using thugs ,peoples children to fight

I have decided to tell the Pastor Ize-Iyamu and APC supporters that nobody accused of money laundering crime has ever been discharged and acquitted. So it were better if they mellowed their optimism and arrogance by saving their votes for the man wey sabi, Governor Godwin Obaseki of the PDP. APC has no candidate for the Edo State governorship election. Even if he contests and wins which in itself is a very tall order, he cannot be sworn in. Am talking like the man who saw tomorrow ... See MoreSee Less

Great speech... This is the kind of message we want