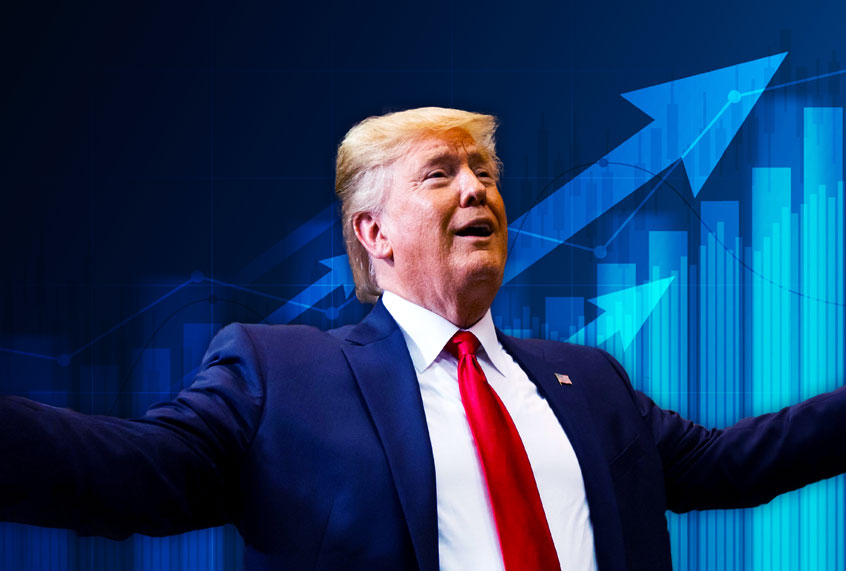 Donald Trump isn’t a smart man, but he knows how to manipulate the stock market. Not only is he allegedly engaging in market manipulation while president, but it’s a Trump con that goes back decades.

Back in October 2018, the New York Times published a Pulitzer Prize-winning profile of Trump’s extensive tax fraud schemes, and in the process of that reporting uncovered one of the ways Trump screwed with the financial markets. Journalists David Barstow, Susanne Craig and Russ Buettner reported that Trump would routinely engage in a scam known colloquially as “greenmailing.” It involved Trump, along with his father, Fred, as his “wing man,” exploiting the news media to pump up the price of a stock by planting rumors, devised by Trump himself, about a takeover. This would drive up the price of the stock, only for Trump to either sell or to demand “lucrative concessions from the target company to make him go away.”

All told, Donald Trump is a bit of an expert at blurting things that force the markets to bend to his will. And he’s engaging in similar shenanigans now, while Americans are dying by the thousands.

Before the pandemic and accompanying economic calamity hit us, it’s possible, while not proven, that Trump used his inexplicable trade war to seize control over the indexes. Since Trump launched the trade war with China in early 2018, whenever he’d announce good news about negotiations with Beijing — which were probably lies — the markets would rise. Whenever he’d announce bad news along those lines, the markets would collapse. We can see it in the charts: Since 2018, we’ve observed wildly unprecedented whiplash swings by hundreds of points in single days of trading, and most of those gains or declines were linked to the trade war.

Last year, Vanity Fair’s William Cohan published a mind-blowing item that closely examined several “chaos trades” and the linkage between Trump’s blurts and the movement of the S&P 500. Sure enough, someone — or a connected group of someones — was making colossal trades just prior to Trump’s announcements about the trade war. When I say “colossal,” I’m understating the magnitude of the windfalls these trades produced.

This year, the question we’re all asking is why the hell the markets are doing so well in the face of the coronavirus pandemic, not to mention the existence of a recession and a record-high budget deficit. As I write this on Monday, July 13, the Dow is up 452 points despite everything else collapsing around us. (At the end of the day, the Dow closed up just 10 points, due to bad news about the virus. More on this presently.) Astonishingly, the Dow has climbed 8,000 points since its pandemic low point on March 23.

Trump desperately wants to be re-elected this fall to avoid being prosecuted, not to mention getting crushed under an avalanche of incoming lawsuits. The presidency serves as his last best shield against true accountability. He knows as well as anyone that the economy is the only thing keeping him from an approval poll average in the low 20s, and a landslide victory for Joe Biden in November, similar to Barack Obama’s resounding victory in 2008. Consequently, Trump’s returning to some of his old tricks to try to keep the major market indexes happy, at the very least. Only this time, his tricks are exacerbating the pandemic and literally killing Americans, all for the sake of his re-election.

Many of the biggest upside days for the markets have come as a result of Trump’s insistence upon prematurely reopening the economy, a process he moronically kicked off while the rate of daily infections was at its then-high point. Since irresponsibly and catastrophically pulling the trigger way too soon, the markets have moved higher every time it looks as if the reopening will continue despite the worsening coronavirus numbers. Good news for Trump. (Examples: Here, here, here and here.) Conversely, when the possibility of another shutdown emerges, the markets fall. (Examples: Here, here and here.) And that’s bad news for Trump.

In other words, Trump’s constant rose-colored blurts about the economy and the reopening process have artificially resurrected the markets, for now, helping Trump politically while leaving the rest of the economy behind.

To be clear: No, the markets aren’t the economy. But the incongruous rise in the markets since March have been enough to provide Trump with some much-needed fuel for his perpetual bullshit machine, allowing him to repeatedly brag about the “record” heights of the indexes, keeping smiles on the faces of everyone with skin in the Wall Street game, while appeasing his aspirational fanboys who are only interested in winning no matter who dies.

Speaking of which, the federal budget deficit could climb to a record-smashing $4 trillion this year. That’s more than $2.6 trillion higher than it was in 2009 in the midst of the Great Recession. Meanwhile, the unemployment rate is 11 percent, or a full point higher than it was during the 2008-2009 collapse. At least 135,000 Americans are dead, with no ceiling in sight, all due to the pandemic and Trump’s apocalyptic response. Indeed, everything’s becoming more apocalyptic by the day, with the threat of another lockdown emerging in several large states, while more and more Americans follow Trump’s frenetic lead, shirking the use of masks and other safety measures meant to end the crisis responsibly.

Yet the markets are still merrily climbing, thanks to Trump’s policy of death-for-the-Dow. As long as Trump continues this policy, the jacked-up white guys in lower Manhattan will keep buying. It’s ghoulish to the extreme.

Everything else in America is nearing hellscape status, and, despite his manipulations, the markets aren’t out of the woods yet. Georgia appears to be on the verge of entirely shutting down again, with other states, including Texas, soon to follow. On Monday, California Gov. Gavin Newsom ordered the closure of all bars, indoor restaurants and virtually every other form of indoor recreation. And because life tends to find a way, it’s likely that other states still on the low end of their curves, will see the numbers begin to climb again.

Trump could have called for more stimulus legislation to keep the economy afloat until the infection curves dropped toward zero. He could have taken responsible steps to remain closed while keeping the economy above water, at least. Had he done all that, the pandemic might have been over by now, or at least on a downward trajectory. Instead, he did the worst possible thing at the worst possible time: He sacrificed thousands of lives to the Wall Street meat-grinder, and the economy might have to shut down again anyway. More whiplash at the hands of a professional conman.

Trump, a real life Patrick Bateman, is just soulless enough to be unconcerned about the bloody consequences of his malicious behavior. By ignoring the pandemic for the sake of the Dow, and hence his re-election campaign, he’s risking the distinct and calamitous possibility that thousands more Americans will die, or suffer from lifelong pre-existing conditions, all to serve his blindingly irresponsible re-election strategy — and the way it looks right now, he might not even win. Losing the election anyway, despite sacrificing all those lives, is a risk he’s willing to take. He’s willing to balance the outcome of the election on a pile of American bodies — including the bodies of American soldiers targeted by his paymaster Vladimir Putin, by the way. This isn’t the behavior of a servant of the people, it’s the behavior of a genocidal tyrant, which he surely is. That’s exactly how history ought to remember him after he’s gone. 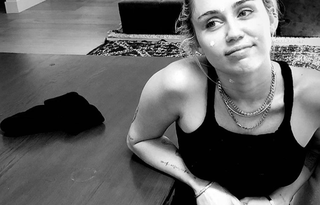 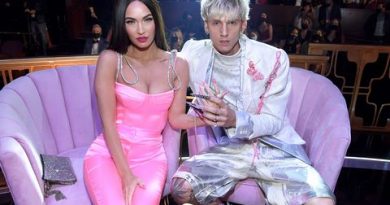