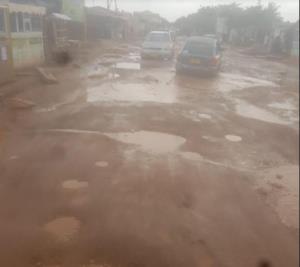 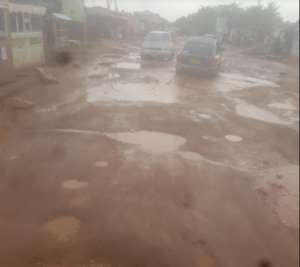 Residents of Adjei Kojo in the Tema West constituency have expressed worry about the bad nature of their roads.

The major roads in Adjei Kojo have developed gaping potholes at certain segments, leaving motorists and residents who use them frustrated and in danger.

The residents lamented that the main road from Ashaiman leading to the Adjei Kojo, Kanewu, Suncity, and its environs were completely cut off making it impossible for vehicles to ply.

They expressed frustration over the continual neglect of the area by the incumbent Member of Parliament, Carlos Ahenkorah, and successive governments.

They lamented that the bad nature of the roads had brought untold hardship on them and that many precious lives had been lost on the road as a result of road crashes. 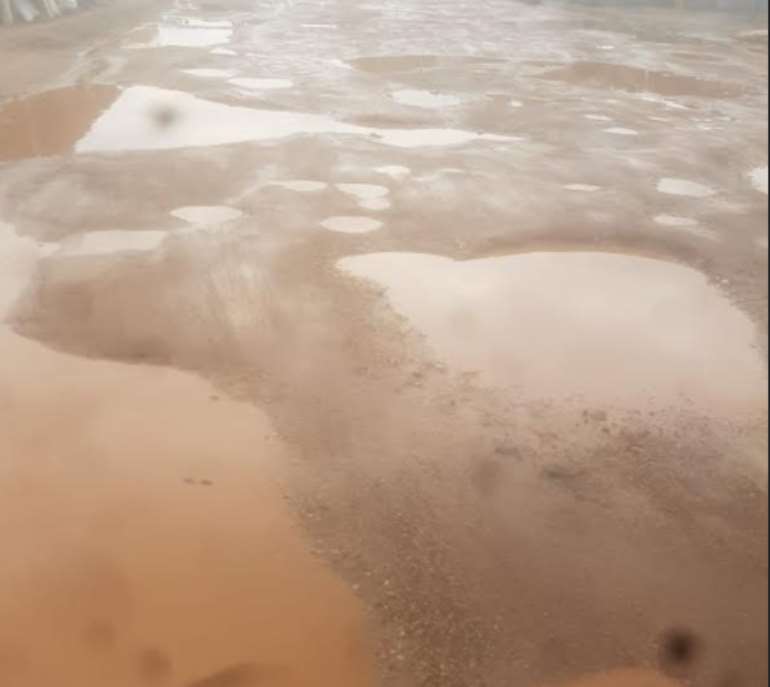 According to Michael Abayateye, the convener of a youth group called Concerned Youth of Adjei Kojo, the accidents were due to the bad nature of the road adding that “Adjei Kojo township has not seen any notable developmental projects over the past two decades…The only time we saw any government moving its resources to tackle the road situation in Adjei Kojo-Kanewu township was between 2008 and 2010. It was at this time that the road under the bridge to BBF junction was constructed. Though completed in a shoddy manner, it is worth mentioning.”

“The private car drivers, motorbikers, and commercial drivers who plough through our disastrous roads daily are always visiting the mechanic shops,” he added.

Michael hinted that the residents of the area were contemplating stopping politicians from undertaking political activities. 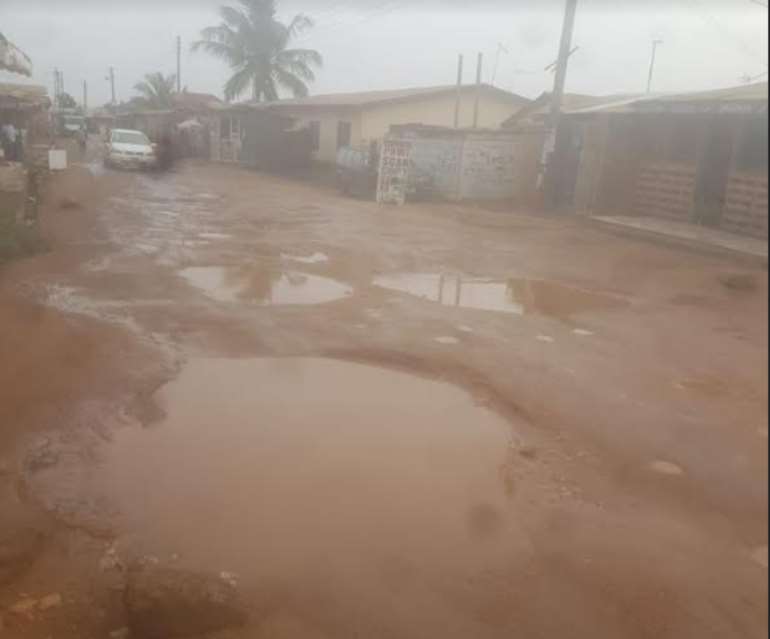 He said the MP, Carlos Ahenkorah and the Municipal Chief Executive of the Tema West Municipal Assembly, have ignored the numerous appeals the residents have been making and that the only choice left is for them to boycott and ban political activities in the area and declared that “no road, no vote”.

Some aggrieved drivers mentioned that the MP and the Assembly neglected Adjei Kojo because the area is perceived to be the stronghold of the opposition National Democratic Congress (NDC).

The drivers who use the road also revealed how they always have to visit mechanics every time they ply the road.

They described the bad nature of the roads as streams on dams especially during the rainy season which makes movement difficult.

They, therefore, appealed to the roads authorities to come to their aid to end the death trap on their roads.

The moment we’ve all been waiting for has arrived: Rihanna’s Fenty Skin is finally here! After years that felt like