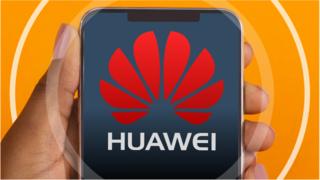 The government should remove Chinese firm Huawei from the UK’s 5G network by 2025 instead of 2027, as planned, ex-Tory leader Iain Duncan Smith has said.

The telecoms company is to be banned from setting up 5G, but will remain involved in 3G and 4G.

But the government said it would “ensure” the UK’s communications system was as “secure as it possibly can be”.

Huawei, which has repeatedly said it would not cause harm to any country, predicted the UK would now be pushed “into the digital slow lane”, with higher bills for consumers.

In January, ministers announced the company would be kept out of the sensitive core of the 5G network – including national intelligence – but be allowed involvement in up to 35% of other parts.

This prompted criticism from backbench Conservative MPs, marshalled by Mr Duncan Smith, who called Huawei an arm of the Chinese Communist Party and a risk to the UK.

The US, with which the UK shares much of its intelligence, also applied diplomatic pressure for a rethink.

Under its revised plans, the government says Huawei will not be allowed to install any equipment for the 5G network from next year – and its existing equipment will be removed by 2027.

But Mr Duncan Smith told the House of Commons that the head of BT thought the removal could happen two years earlier.

He said: “I do think he [Mr Dowden] can do it quicker than this… There’s no reason why it can’t [happen].”

The government thought it had made its decision on Huawei earlier this year. It wanted to get on with delivering faster internet and thought Huawei was best placed to ensure speedy upgrades.

But since then the US has continued to apply pressure – with its decision to impose new sanctions on China a crucial factor.

Meanwhile, dozens of Tory backbenchers continued their opposition – and refused to fall in line. They will be scrutinising the detail of today’s announcement. As well as a ban on Huawei’s future involvement, many want current infrastructure run by the company removed.

However, ministers have to balance this with their commitments on faster broadband speeds. Telecoms chiefs have warned if things happen too fast without proper alternatives, we could see a reduction in some services and even blackouts.

Mr Duncan Smith added that there were “contradictions” in banning Huawei from 5G but not 3G and 4G, which would undergo “software upgrades”by Huawei “for the next decade”.

Culture Secretary Oliver Dowden replied: “The reality of the 5G network is that it is fundamentally different and it’s a recognition of that fundamental difference that we are imposing these rules for 5G.

“Of course, over time… 5G will be replaced by 6G, and in all of that Huawei will be absent.”

He also said: “There is of course no such thing as a perfectly secure network, but the responsibility of the government is to ensure that it is as secure as it possibly can be.”

For Labour, shadow culture secretary Chi Onwurah said the government had been “incomprehensibly negligent” and had “refused to face reality” over Huawei.

She asked whether UK security policy was “being led by the US” and said ministers had no “sustainable plan for the digital economy”.

SNP culture spokesman John Nicolson said it had been wrong in the first place to allow Huawei near the “nervous system” of the UK’s telecoms network.

And Labour MP Chris Bryant told the Commons there was “unity” among MPs in opposition to the company’s further involvement in 5G, saying: “I wish the government would listen to its own backbenchers.”

The US has claimed China could use Huawei to “spy, steal or attack” the UK – but the company denies this and its founder has said he would rather shut the company down than do anything to damage its clients.

Sanctions imposed in May by Washington have limited China’s access to US chip technology, which prompted the UK’s National Cyber Security Centre to launch a review of the use of Huawei. 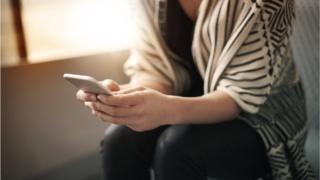 Stalking: My ex-partner sent me 4,000 emails

Tech tales of love, sex and online abuse in India 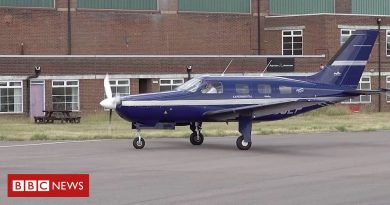 Fish mouth.what are u regulating

Idiot, because social media is meant for Nigerians alone.

You be mumuman.na una get social media abi,dm no tell u say nigeria no be for u ?no worry dm go live u now idiot

One man's meat is another man's poison. Old order rethink? Harness SM for development is the challenge.

Do the right thing and forget regulation. Fear of God is not in most of u Leaders in Nigeria.

ok cocoanut but you used it to destroy others

Mumu man and a fool

Thief y u afraid if not bad tins u people r

Let this man resign now ! Since he can't give Nigerians good governance . What's his problem with social media ?

You are always a fool and you are going to die like a fools, did you think is only Nigeria that social media is made for? In fact old age has making you think like a baby

GET OUT Mumu man

We must also regulate lies before it destroy us

Corruption and bad governance must also be regulated

The master of fake news has spoken the 3rd time!!!!

This is an old video... stop deceiving and misleading people. Desmond always err and he is always of coming out to apologize but as for what he recently about regulating social media and that if care is not taking Nigeria will be no more in 5years, he is yet to apologize on my that..

Old video, he should keep his apology to himself we dnt need his fucking apology bec he's an idiot, see this slave gateman to his godfather caling youths children. Just imagine. Dnt worry ur tenure go soon end,2023 politics/election in Nigeria is going to take another shape unlike b4 when u win election witout stress bec of godfatherism . That was how u went to Benin & b talking rubbbish, go there again then go break ur head. Rubbish

This boy is stupid! He is Tinubu’s boy.

U are a mumu man Desmond

Ur mumu never do

Now you are trying to do damage control, too late.

U can't run for ur err, don't worry very soon u we see what's call youths of the land ur godfather can't save u. Pray hard for ur sin oh

God will punish you for this talk

To err is human to forgive is divine

Fuck you,what don’t need u apologize,is of no use🤷‍♀️but just know u go no were 2023,we die here .💪we move

You are fooling yourself

Am disappointed in u in totality. U have political money why won't u support old technological men without vision for the youth. What u say today may hunt u tomorrow. Sleep man!.