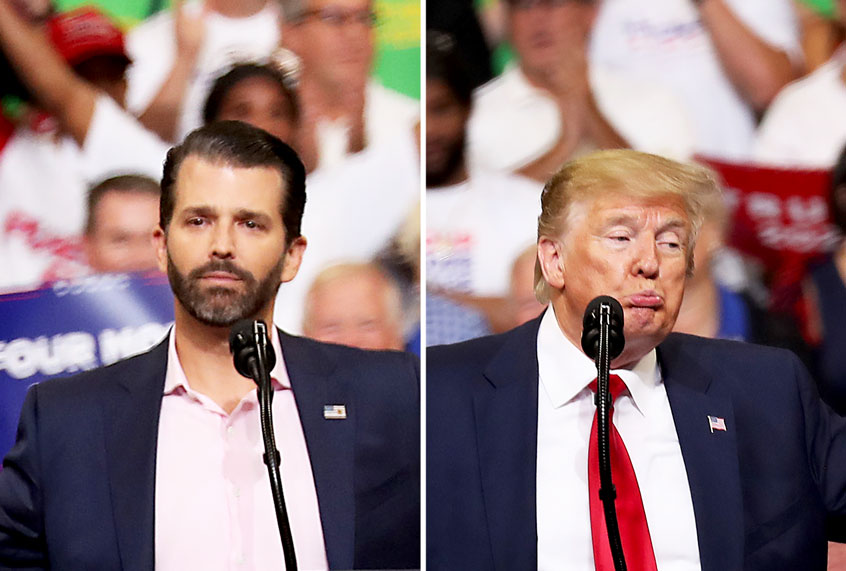 Mary Trump’s book, “Too Much and Never Enough: How My Family Created the World’s Most Dangerous Man,” deserves your close attention. Donald Trump’s niece has two advantages that the small band of us who have long studied Trump closely do not.

First, she’s family. No one knows you like your family. Your family knows how you behaved at crucial moments when life-changing events occur — births, deaths, weddings, divorces and medical emergencies — as well as mundane events like Saturday breakfast.

Mary, the 55-year-old daughter of Donald Trump’s dead older brother, Fred Jr., is the first Trump family insider to go public about Donald’s behavior since he announced his run for the presidency more than five years ago. Her most chilling anecdote is about how as Fred Jr. was rushed to a hospital where he died of an alcoholism-induced heart attack, Donald and his sister Elizabeth went to the movies. The parents, Fred Sr. and Mary Anne, stayed home.

Second, Mary is a clinical psychologist with a doctorate. Her insights are informed by her deep education into how psyches develop and, in the case of her uncle, how cold, cruel and brutally demanding parenting warps personalities. She describes Donald as so desperate to avoid his father’s wrath — which destroyed her father — that he never developed a conscience, only a feral instinct for self-preservation.

There’s also a good reason to trust what Mary writes because the anecdotes and observations in published excerpts are all consistent with my decades of reporting on Trump as well as the penetrating works of Timothy O’Brien and Harry Hurt III and my good friend the late Wayne Barrett, the first journalist to expose Trump’s con games.

The book, officially being published July 14, is also consistent with Gwenda Blair‘s richly detailed 2001 book The Trumps. Blair showed how the Trumps have been schemers all the way back to 1885, when Friedrich Drumpf fled the German draft, came to America, changed his name, got rich running bordellos and lied to get his American citizenship.

Friedrich died a century ago during the flu pandemic that killed 50 million people worldwide. That his grandson has no understanding of the science of pandemics is itself a revealing insight into the utter lack of traditional family values in the self-proclaimed “very stable genius” who now resides in the White House.

The Trump White House, in a statement, attacked Mary’s book as a work motivated by “financial gain.” That is a most curious charge to be leveled by Donald Trump’s minions given his lifelong indulgence and avarice and his endless false boasts that he is a multibillionaire.

Mary Trump, by any standard, is a very rich woman, according to none other than Donald Trump. Back two decades ago, when he cut off health care to the newborn son of Mary’s brother, Fred III, Donald did so to leverage a settlement that would entitle him to more money from his father’s estate. Today, Mary claims Donald and the rest of the family vastly undercounted the Fred Trump estate, a fraud she says that nullifies a non-disclosure agreement she signed then.

Donald, who taunted and abused his troubled brother, declared back then that the two children of his late older brother lived luxurious lives thanks to his father. Mary’s book says Trump often sees people only in monetary terms, something I observed in many conversations with him.

But that Trump would dictate to his personal publicists, who are paid by taxpayers as White House press staff, to denounce making money from a book is a reminder that Donald Trump lives in the moment and assumes no one remembers the past or checks the record.

“Cheating is a way of life”

Trump, I have often explained, lies as easily as the rest of us breathe. Mary writes that for her uncle “cheating is a way of life.” She says he even hired a pal named Joe Shapiro to take his SATs, something hard to accomplish today but easily done in the 1960s when photo IDs were rarities.

She writes of her joy — something Trump has never known — in collecting 19 boxes of Trump family financial documents and turning them over to three New York Times reporters. Those family business records furnished the basis of the newspaper’s Pulitzer Prize-winning 2018 expose establishing that Trump and his surviving siblings are, like their father Fred, major league serial tax cheats.

She also quotes Trump’s elder sister Maryanne, who did his homework for him, calling Donald “a clown” in 2015 after he announced his campaign for president. Maryanne spent years as a federal judge but resigned to stop the judicial ethics investigation into her role in the years of Trump family tax cheating.

Here’s one more compelling reason to believe Mary Trump. Donald, through his little brother Robert, tried to block publication of the book, just as he did John Bolton’s revealing look at Trump’s incompetent and dangerous actions on national security. Both times he failed.

Like my 2016 biography, “The Making of Donald Trump,” his niece’s book is a work of reliable information that he desperately hopes you won’t read because nothing is more dangerous to Donald than accuracy and truth.

Now at long last, one brave Trump family member has stood up to tell the truths that Donald Trump has strived to keep quiet with bribes, litigation and payoffs.

Another Biden gaffe: Campaign admits his tale of arrest while visiting Nelson Mandela is false 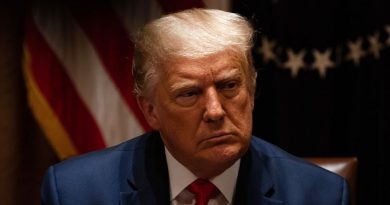 Donald Trump Says He Wants to Ban TikTok. But Is That Legal?

Action drama Brethren was one of the new Nigerian series from Africa Magic that hit television screens this year. Currently