Barely three weeks after the dissolution of Adams Oshiomhole led National Working Committee (NWC) of the All Progressives Congress (APC), the chairman of the party in Etsako Ward 10 in Edo State, Stephen Oshawo, has suggested another possible reason for supporting the suspension of the party’s former national chairman.

Mr Oshiomhole was controversially suspended by his ward in Edo State in November 2019, for alleged anti-party activities.

That decision has been upheld by different courts and to an extent, contributed to the crisis that rocked the party before the final dissolution of the NWC at the party’s emergency National Executive Council (NEC) meeting presided by President Muhammadu Buhari about three weeks ago.

Mr Oshawo, at an award ceremony in Benin City, the capital of Edo State, on Thursday, lamented how he was unfairly treated, despite being a chairman during Mr Oshiomhole’s rule as governor of the state, Punch newspaper reports.

He said the former governor did not pay his pensions for eight months when he was governor of the state, a condition that was reversed in a month after Godwin Obaseki assumed office as a state governor.

“You know, this government (Obaseki’s government) believes in development and the masses. The truth is that, when the former government (Oshiomhole) was in power as the governor of the state, I was an insider, I was the chairman of Ward 10. I suffered many things and nobody knew me or recognised me.

“As a chairman to the governor of the state, I couldn’t receive my gratuity as a pensioner and as a chairman to Oshiomhole when he was still the governor of the state, I was not able to get my pension for eight months, but when Godwin Obaseki came in, it didn’t take him up to a month, he paid my gratuity and not only me but all the pensioners in Edo State,” Mr Oshawo said.

He reiterated his commitment to ‘eliminating godfatherism,’ one of the allegations Mr Obaseki levelled against Mr Oshiomhole.

Mr Obaseki has since moved to the Peoples Democratic Party (PDP) under whose platform he is seeking re-election.

While Mr Obaseki continues to perfect plans to ensure his re-election under the platform of the Peoples Democratic Party (PDP), Mr Oshiomhole, after the dissolution of the NWC, has been incorporated into the APC’s 49-member campaign committee tasked to ensure the victory of its governorship candidate, Osagie Ize-Iyamu, at the September 19 governorship election in Edo State. 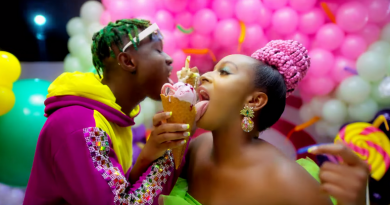 Leadership Has More To It Than Only Politics…Ghana Needs Presidents With Leadership Traits?