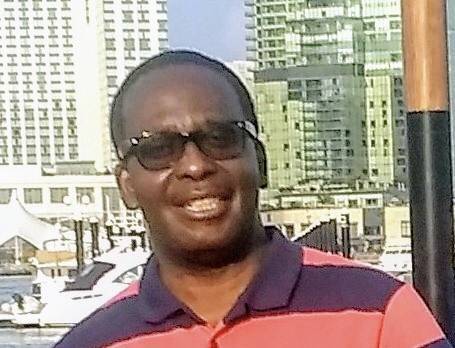 Shortly after the video went viral, Martins was arrested on the orders of Buratai. Days later, his wife Victoria was arrested “leaving her three children in the care of no one.”

Nigeria, a country ruled by brigands, is a place where anyone, who exposes a crime becomes a criminal. Our abundance of cliches for describing and discussing our broken presidency, our broken National Assembly, and our broken country are inexhaustible. Nigerians’ appetite for diagnosis of all that’s wrong with Nigeria and prescriptions to fix it is bottomless. The truth is, there’s no one in charge of Nigeria. Nigeria is a lawless country. Nigeria is a failed country. How to cure Nigeria’s metastasizing maladies is up to Nigerians.

The arrest of Martins for exposing the rut in the military clearly shows the presidency, the National Assembly, and the country are all broken. The broken presidency is adrift in the midst of competing disasters facing the country. It thrives in deceit and dishonesty. General Muhammadu Buhari is either AWOL or MIA. He has become redundant, irrelevant, and out of touch. Buhari’s regime has turned Nigeria into a politically, socially, morally, and spiritually chaotic country.

The National Assembly is composed of the House of Representatives and the Senate. Briefly summarized, the functions of the National Assembly are: (1) Through debate make laws that influence our daily lives. (2) Hold hearings to inform the legislative process. (3) Conducts investigations to oversee the executive and the judiciary. (4) Serves as the voice of the people and states in the federal government.

To say the National Assembly is broken is to be economical with the truth. Despite its vast authority, the legislature seems paralyzed in the face of the country’s toughest problems. The corrupt legislature has willingly surrendered its authority to the executive branch.

Nigeria as a broken country, is like a virgin whose life had been ended in the bloom of youth. Nigeria is so hopeless and irredeemable. Her desolation is like a deserted land with no one to lift her up. Nigerians are chased from pillar to post. They flee from a lion only to meet a bear. They run into their homes believed to be their places of security, but they are bitten by snakes. They have no hope. No one ray of light!

The service chiefs have over stayed their 35 years. Their capacity and capability have diminished. They have no clue how to prosecute a modern warfare. They are as good as dead. They must go! They must make room for young, brilliant, agile, educated, committed young officers. Instead of listening and fixing the problems Martin complained of, they arrested him and his wife.

How can a handful ragged, war-weary, no weapons army fight terrorists? How can hungry, low esteemed, battered, and frustrated soldiers fight unrelenting Boko Haram insurgents? How can unhappy, low paid, non-paid and low spirited soldiers whose expressions of sorrow are classic go after die-hard terrorists?

The National Assembly should enact a law similar to the US Military Whistleblower Protection Act. The Act covers all members of the US Armed Forces who make “protected communications” about violation of a regulation or law. The superiors of whistleblowers can’t retaliate in any way, shape, or form against the whistleblower. The Act has been vital to many cases of unethical and illegal conduct in the US military. Without the Act, some of the cases that were brought before the courts would never have been possible.

The real enemies of Nigeria are Buhari, Buratai, and Olonisakin not Martins. These three war commanders should be court-martialed for prolonging the war on Boko Haram, for failure to equip soldiers to fight the war, and for making Nigeria a terrorist haven. They are guilty as charged Lance Corporal Martins should be released immediately with generous compensation for wrongful detention. This country ruled by lunatics must be redirected to the path of sanity and civilization.