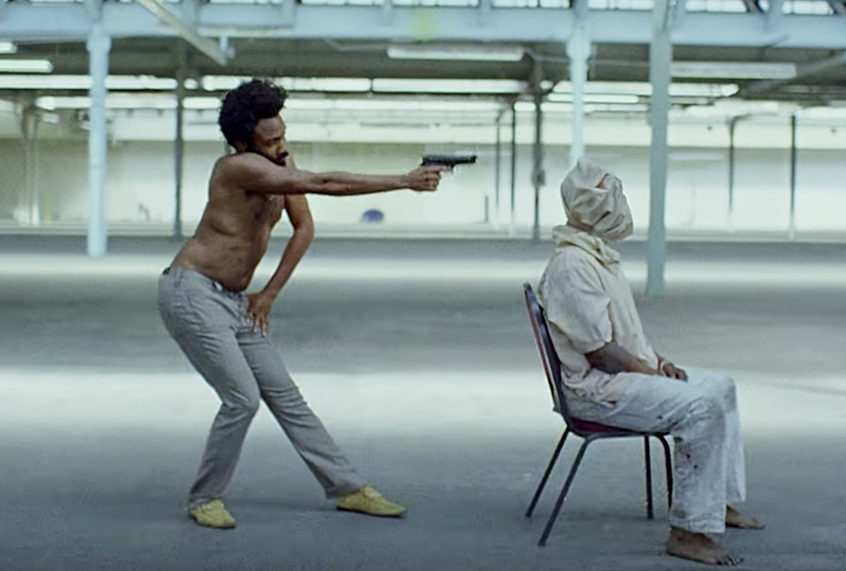 Several days after the protests surrounding the police killings of George Floyd began, users on TikTok started resurrecting clips of Childish Gambino’s 2018 hit “This is America.” The lyric “Police be trippin’ now” has become a popular Instagram caption below photos from demonstrations, and currently the top comment — with 14,000 likes — on the Youtube music video is “This song hits different in 2020.”

In 2017, “Consequence of Sound” declared that “protest music [was] sliding towards irrelevance,” a statement that clearly didn’t understand America’s ongoing injustices and certainly had no clue what 2020 would bring. Now, many listeners are searching for music that speaks to the current moment, a protest song for the times.

“I don’t think it’s died out at all,” David Metzer, a music historian from the University of British Columbia, told Salon in an interview. “I mean, we always have these ‘glory days’ of the protest song, which is the 1960s. People constantly measure any period against the 1960s, and a lot of periods won’t stand up to that.”

But, he said, we’re in one that in many ways can.

“I don’t think the protest song has withered by any means,” Metzer said. “I think it’s come roaring back.”

The common understanding of what is a protest song has sort of shifted over time. The genre has its roots in revolution and calls for racial equality. “Free America,” composed by Joseph Warren in 1774, was meant to inspire bravery in volunteer American soldiers who were part of the American Revolution, while hymnal-derived songs that touched on themes of enslavement and liberation, like “Go Down Moses,” were sung by enslaved African Americans.

There were songs in the early 20th century that were inspired by the building labor movement and class struggles. In 1929,  Billie Holiday performed Lewis Allan’s “Strange Fruit,” which contains the lyrics, “Southern trees bear strange fruit / Blood on the leaves and blood at the root / Black bodies swinging in the southern breeze,” an indictment against lynching.

In the 1960s, the Civil Rights and the counterculture movements dovetailed. Artists like Odetta, Bob Dylan, Pete Seger, Nina Simone, Tom Paxton, and many more gave voice to a nation of protesters. In subsequent decades, we saw the birth of punk, rap, “Rage Against the Machine,” A Tribe Called Quest’s 2016 track “We The People” and Beyonce’s “Formation.”

“I think it’s a really interesting exchange between the song and the protests that we have going on right now,” Metzer said. “They embolden each other actually.”

The protests have listeners considering older songs in new ways, like “This is America” or Kendrick Lamar’s 2015 “Alright,” which has been a mainstay at recent protests and appeared on Salon’s list of 25 best hip-hop protest songs in 2017.

Complex’s Jessica McKinney described a June 6 protest in Washington, D.C., where hundreds of activists and demonstrators gathered in a two-block section on 16th street that had been given the name “Black Lives Matter Plaza.”

“The large yellow words painted on the ground — ‘Black Lives Matter’ and ‘Defund the Police’ — were mostly covered by the feet of protesters, but the echoes of the crowd’s chants carried for blocks,” McKinney wrote. “It was the ninth day of protests against police brutality and racism, following the police killings of George Floyd, Breonna Taylor, and countless other Black people in this country.”

“The energy was incredible,” recalls Joshua Potash, an educator who witnessed the D.C. event. “When the song came on, there was some dancing and singing along and generally just a happy atmosphere.”

The protests also have inspired artists to release new music, many of which fall into one of three genres by which, according to Metzer, protest music is largely inspired.

“I think there are three styles that have turned up in this round of protest music,” he said. “The one that’s at the forefront, of course, would be hip-hop. And the other two would be folk music and then also, Gospel has come back, which I love seeing.”

All of these genres are based upon a certain directness in messaging.

“They speak in very strong terms right to the listener,” Metzer said. “Hip-hop uses the lyrics as if someone’s speaking to you. Folk music does it because it’s this intimacy of just like the singer and the guitar, and it’s aimed right at you. There’s no lush production between you and the singer, while gospel is just rooted in this music of religious and emotional intensity.”

Examples include D Smoke & SIR’s, “Let Go,” an obviously gospel-inspired genre-bending meditation on how Black youth are having to survive both the novel coronavirus pandemic and systemic racism at once; Dua Saleh emotional ballad “body cast”; singer-songwriter Kimya Dawson’s “At The Seams“; and Wax Fang’s forthcoming “Holy Fire,” the proceeds of which will be donated to the Black Lives Matter movement and the NAACP Legal Defense Fund.

And while Metzer says that protest music is an “all-ages genre,” there is a growing number of young protesters who are releasing songs that capture their feelings about the current state of America, like 16-year-old Chloe Nixon’s “I Can’t Breathe,” 12-year-old Keedron Bryant’s rendition of “I Just Want to Live,” and the Louisville-based girls group Might Shades of Ebony’s “No Justice No Peace.”

“I think it’s something that speaks to all generations,” Metzer said. “And I do think the interesting thing with Keedron Bryant is also that these younger people have been so adept at just using social media to bring out their songs or their ideas, so that stands out. You have this young man using this older style and this new media.”

And with artists like that, it’s apparent that protest music as a genre is far from done; it’s being revived, backed by a chorus of new voices. 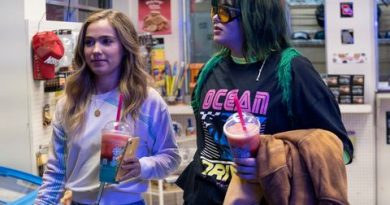 Unpregnant Is an Abortion Comedy for the Booksmart Generation 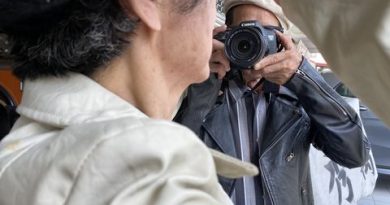 I’m So Jealous of My Avatar’s Beauty Routine

Tatcha, Givenchy Parfums, and Glossier In the real world, the idea of walking up to a beauty counter and touching