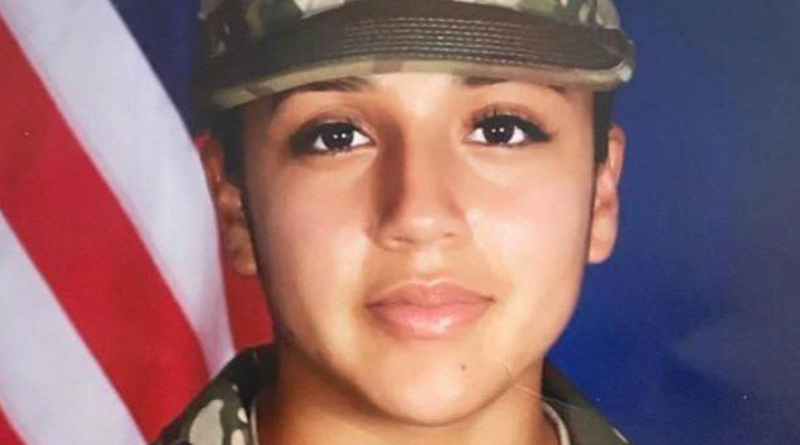 More than two months ago, Private First Class Vanessa Guillen, a 20-year-old woman from Houston, disappeared from the Fort Hood military base in Killeen, Texas. According to a press release from the military base, she was last seen on April 22, “in the parking lot of her Regimental Engineer Squadron Headquarters, 3rd Cavalry Regiment on Fort Hood.” She was last seen wearing a “black T-shirt and purple fitness-type pants.” Her car keys, barracks room key, wallet, and ID card were in the armory room where she was working earlier that day. Her family described Guillen as being 5 feet 2 inches, 126 pounds with black hair and brown eyes and “of Hispanic descent.”

On Tuesday, the Army Criminal Investigation Division Command (CID) confirmed that human remains had been found in an area near the Leon River, where a search had been conducted for Guillen on June 22. The Army CID issued the following statement, per ABC13:

“Due to extensive investigative work conducted by Special Agents from the U.S. Army Criminal Investigation Command, agents have returned to an area of interest close to the Leon River, Bell County, Texas for more investigative work in the search for PFC Vanessa Guillen. After receiving additional information, agents have discovered what has been described as partial human remains after analysis from a forensic anthropologist. Army CID agents are currently on scene with the Texas Rangers, the FBI and Bell County Sheriff’s Department. No confirmation as to the identity of the remains has been made at this point and we ask for the media and public’s understanding that the identification process can take time. Due to the ongoing criminal investigation, no further information will be released at this time.”

Tim Miller, the founder of Texas EquuSearch, a search and rescue group that searches for missing persons, told ABC: “It’s believed to be her…pending positive identification which that will have to be determined by the medical examiner’s office, but I’m confident to say the search for Vanessa is now over.”

An attorney for the family told CNN on Thursday that Guillen was bludgeoned to death with a hammer in the armory room where she worked.

“Our hearts are broken. We feel pain, frustration, and devastation. This shouldn’t have happened…If this could happen to Vanessa, this can happen to any one of our sisters, daughters, and mothers,” Natalie Khawam, the family’s attorney, said in a statement to CNN this week.

According to the website her family set up, before she went missing, Guillen told her family that she was being sexually harassed by one of her sergeants at Ford Hood. Here is what they wrote, from Guillen’s point-of-view:

“My mom told me that she would report it for me, but I told her that I knew of other female soldiers that had reported sexual harassment and that the US Army didn’t believe them. I told my mom how the same sergeant that sexually harassed me would follow me whenever I would run and exercise and how uncomfortable it made me feel.”

The main suspect in Guillen’s death is Spc. Aaron David Robinson, who died by suicide

Robinson, who was also 20 years old, fled the base on Tuesday, per the CID. He died by suicide after police confronted him on Wednesday.

“While law enforcement agencies attempted to make contact with the suspect in Killeen, Texas, Specialist Robinson displayed a weapon and took his own life,” CID Senior Special Agent Damon Phelps said at a news conference on Thursday, per CNN.

Phelps said that investigators were further looking into Guillen’s interactions with Robinson. He added that there is “no credible information” that Robinson had assaulted or harassed Guillen.

Cecily Anne Aguilar, the estranged wife of a former soldier from Fort Hood. She is currently in Bell County Jail.

There is an Instagram account dedicated to finding Vanessa, and its account admins are encouraging people to use the hashtags #FindVanessaGuillen, #IAmVanessaGuillen, and #WeAreVanessaGuillen to get out the word about her case.

If you or anyone you know has experienced sexual assault, the RAINN hotline is available at 800.656.HOPE (4673). 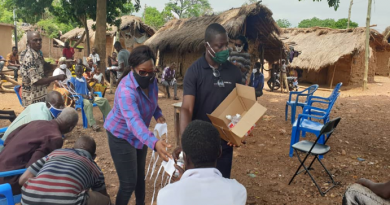