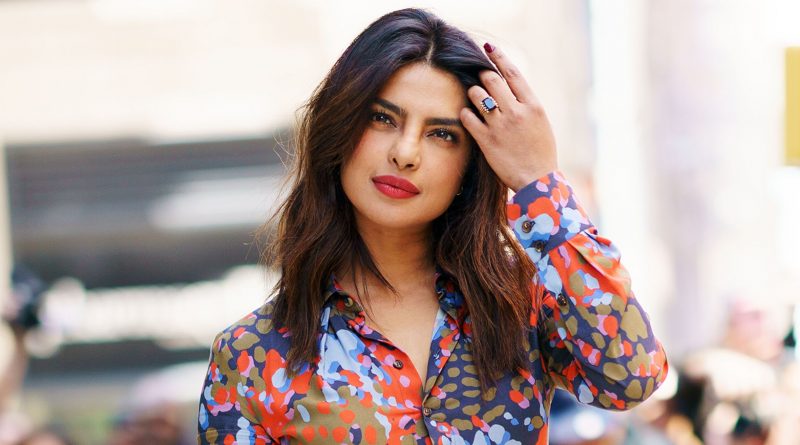 Nick Jonas and Priyanka Chopra has spent quarantine in their $20 million Los Angeles mansion. Chopra opened up to British Vogue for its August Reset issue about how that experience is going, about four months in. She’s very happy to have so much time with Jonas, but like so many people, she is really feeling the separation from her immediate family, who are based in India.

Chopra told British Vogue, via Entertainment Tonight, that “although it has been really, really difficult being apart from my mom and brother, who are both in India, I’m so grateful to have spent time with my husband, family and dogs, but mostly with my four year old niece, Krishna. It’s been incredible watching her discover new things.”

Chopra told the outlet that she has been working during the quarantine and keeping up with her extracurricular creative endeavors. She said, “Creativity has always been an outlet for me to relieve anxiety. I’ve been writing my book, reading scripts and developing content for film and TV—and I’m trying to learn the piano.”

Earlier this week, Variety announced Chopra signed a two-year first look television deal with Amazon Studios. Chopra confirmed the news on her Instagram, giving a little more detail on what’s ahead. She wrote:

YESSSS @amazonstudios, LET’S ????GET ???? IT!!! So honored and excited to finally share this news with you. ⁣⁣Looking ahead, we already have so much on our slate! Big thank you to @jsalke and her team at Amazon for being such great partners, and for sharing in the belief that talent and good content knows no boundaries.⁣⁣

As both an actor and producer, I have always dreamt of an open canvas of creative talent coming together from all over the world to create great content irrespective of language and geography. This has always been the DNA of my production house Purple Pebble Pictures, and is the foundation of this exciting new endeavor with Amazon. ⁣⁣

And as a storyteller, my quest is to constantly push myself to explore new ideas that not only entertain, but most importantly, open minds and perspectives. ⁣⁣Looking back on my 20 year career, nearly 60 films later, I hope that I’m on my way to achieving that. ⁣⁣

Thank you to all of you who have been a big part of my journey so far. And for those who are just getting to know me, or maybe only recognize me as Alex Parrish from Quantico, I’m excited for you to get to know me better.

When a little bit of poison is good for you: Inside the theory of dose response

Trump’s desperate hours: He was contemptuous of the virus — now it has him trapped

Amid the nationwide lockdown 3.0 currently underway, Narayan Seva Sansthan (NSS), a charitable organization that works toward inclusive welfare of