MTN South Africa will take the wraps off its plans for its 5G network next week, becoming the first of the telecommunications group’s 22 operations to launch the next-generation broadband technology.

The company is hosting a live event on its YouTube channel on 30 June, it said on Wednesday. The event will be hosted by CEO Godfrey Motsa, chief consumer officer Mapula Bodibe and chief technology & information officer Giovanni Chiarelli.

Rival Vodacom South Africa launched a commercial 5G network in May, though with limited coverage for now.

Vodacom used a temporary spectrum assignment from communications regulator Icasa to launch the network, though it also has a roaming agreement with Liquid Telecom, which will allow is to continue offering 5G to consumers even if there is a gap between when the temporary spectrum has to be returned and when Icasa concludes a planned spectrum auction. 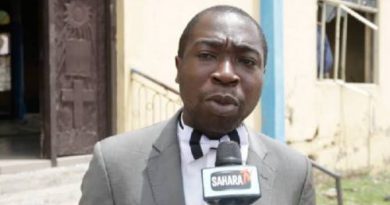 Orji Uzor Kalu: A Socio-jurisprudential Disagreement With The Supreme Court Of Nigeria By Ayo Ademiluyi Esq.

The Member of Parliament for the Ablekuma West Constituency, Ursula Owusu Ekuful says she suspects some foul play by miscreants