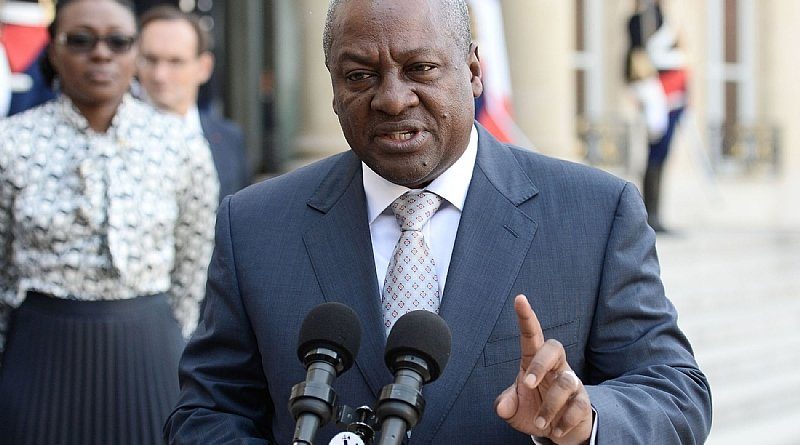 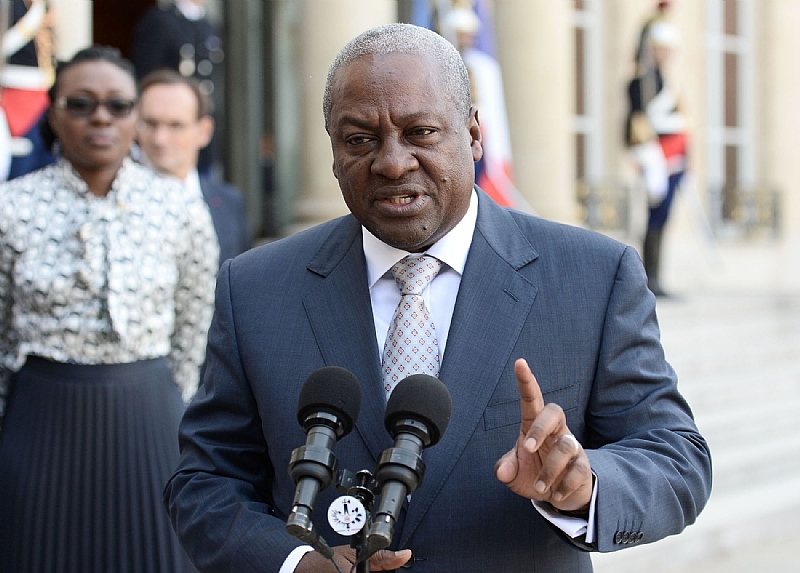 Former President John Dramani Mahama says his party is disappointed and strongly disagree with the Supreme Court ruling which gives the Electoral Commission the green light to go ahead with its planned compilation of a new voters’ register.

Mr Mahama noted that despite the well-reasoned reliefs the party soughted, the apex court of the land gave the leeway for the Electoral Commission to go ahead with the exclusion of the existing voter identification cards from the list of identification requirements.

“We are deeply disappointed and strongly disagree with the court over this outcome, which has confounded many legal experts and thrown the country into a state of confusion. Our legal team is examining this decision even as we await the full judgement. It is worrying that the Court deferred the reasons for its decisions to the 15th of July, by which time the EC would have been two weeks into the registration exercise.”

The former said this in his address to the nation tonight June 25 over the Supreme Court verdict on the compilation of new voters’ register.

The Supreme Court has dismissed NDC’s case challenging the Electoral Commission decision to exclude the existing voter’s Identification card as a requirement for the compilation of a new voters’ register.

ADDRESS BY HE JOHN DRAMANI MAHAMA, FLAGBEARER OF THE NATIONAL DEMOCRATIC CONGRESS (NDC) ON THE SUPREME COURT RULING ON COMPILATION OF A NEW VOTER REGISTER

Good evening my brother and sisters,

Earlier today, the Supreme Court of the Republic of Ghana gave its ruling in a case brought by the National Democratic Congress against the Electoral Commission over its decision to compile a new voter register.

Despite the well-reasoned reliefs we sought, the apex court of the land gave the leeway for the Electoral Commission to go ahead with the exclusion of the existing voter identification cards from the list of identification requirements.

We are deeply disappointed and strongly disagree with the court over this outcome, which has confounded many legal experts and thrown the country into a state of confusion.

Our legal team is examining this decision even as we await the full judgement.

It is worrying that the Court deferred the reasons for its decisions to the 15th of July, by which time the EC would have been two weeks into the registration exercise.

My brothers and sisters, throughout its history, the NDC has stood strongly for an inclusive democracy.

That is because the party is built on the principle that no one should be left out in the governance process of our beloved country.

This principle may be seen through the various programmes and projects upon which our democracy is built: the composition of the Consultative Assembly, which prepared the 1992 Constitution; the consultations for the review of the Constitution in 2010 (which stands out as the most comprehensive consultative programme in our history and the history of the sub-region); just to mention a few.

The NPP tradition, on the other hand, has since the founding of our nation always stood for an exclusive governance structure.

A structure, which seeks to leave out the ordinary men and women of our country.

A structure, which rather favours only a select few who consider themselves the owners of the nation.

To ensure this, the NPP has since its assumption of power in 2017, consistently put in place measures, which seek to systematically disenfranchise eligible citizens.

Such measures include restricting the identification mechanism for voter registration to documents, which are not accessible to millions of eligible voters.

We have been very clear in our minds that the decision to compile a new voters register was in pursuit of this long-held agenda, hence our efforts to stop the wholesale attempt to exclude vast sections of our population from the process to determine who leads them.

This represents the handiwork of a desperate incumbent that on account of its very poor performance in government sees its political survival only through the prism of manipulation of the electoral process to exclude a section of Ghanaians who they suspect may not renew their mandate at the polls.

A caring, compassionate and responsible government would not push us to this brink at a time of a major pandemic like COVID-19 that is causing so much anguish among the citizenry.

It is deeply regrettable that the Electoral Commission, which should be independent, has made itself a willing tool in the execution of this most diabolic agenda.

The exclusion of the old Voters ID card, which has been used to conduct several elections under the current leadership of the Electoral Commission and from which the current President derives his mandate is aimed at deliberately disenfranchising some Ghanaians who have falsely been branded foreigners without any basis.

The restriction of primary identification to passports, Ghana Cards and the resort to guaranteeing for others is a ruse to create frustration in the hope that it will discourage millions from registering and in the process give advantage ab initio to a bungling incumbent.

The Ghana Card, which has been made one of two identification documents has not been rolled out in full.

As we speak, these cards are still being issued with no mechanism for verification.

Therefore, the NDC’s decision to go to the Supreme Court, was informed by the party’s time-honoured belief and commitment to an inclusive democracy as opposed to the NPP’s exclusiveness.

However, it was obvious from the outset of this struggle that inclusive democracy was not going to have a hearing, even against the resounding call by the National House of Chiefs, religious leaders, CSOs and the various trade and professional groups.

My brothers and sisters, the right to vote must however not be curtailed on account of this minor setback for inclusion.

We cannot throw our hands up in despair because the fight to insist on inclusion has been temporarily derailed by this ruling.

We can still make our voices heard even if we must endure some inconvenience and frustration.

To achieve the objective of taking part in the decision over who governs us, we must be willing to make the necessary sacrifices in the present circumstances.

I therefore urge all Ghanaians of voting age to channel the disappointment at the effort to exclude them from the electoral process into an opportunity to have their voices heard and turn up to register in their teeming numbers, when the process begins next week Tuesday.

The NPP and the EC are very much aware that the exclusion of the existing voter ID will significantly slow down the process of registration and create the real risk of people massing up outside the voting centers.

But this is what happens when politics is put before the people.

While at it, let us keep safe by adhering strictly to all COVID-19 preventive protocols, such as social distancing, the wearing of face masks among others, particularly because of the increasing trend in the number of infections and deaths recorded.

I pray that the almighty God shall protect all our citizens who come out to exercise their constitutional right to register from any sickness or infection by any disease.

The process may be made deliberately slow and painful, but I encourage you all to endure it in so far as it would enable you vote out this government that has masterminded that frustration in the first place.

We must always be willing to hold leaders accountable for bad decisions that impose difficulties on citizens and this is one clear opportunity to do so. Do not let the several hours you may spend at the registration centre get you to surrender your right to vote.

That would only embolden those who seek to disenfranchise you.

To the few who have passports and Ghana cards, make use of them and register.

To those who get the opportunity to register, I implore you to assist your brother, sister and compatriot by guaranteeing for them even if it takes a bit more of your time.

See this as a civic duty and your contribution to the effort to preserve the right to vote.

This way, we will undo the grand conspiracy to deprive us of the inalienable right to vote and we will in the process send a clear signal that it is only we the people who will decide who gets the opportunity to lead this country and not the governments we elect or state agencies who make themselves pliant accomplices in the attempt to disenfranchise us.

This is not just an NDC fight, it is a fight to rescue the very soul of our beloved country from the hands of those who seek to impose their will unjustly on the people.

Our forefathers founded this nation with the motto “Freedom and Justice”.

It is clear today that never in the history of our 4th Republic have these two lofty ideals been in such short supply.

I salute the all the diverse organizations, Civil Society Organizations, prominent chiefs, organized labor, professional groups and all well-meaning Ghanaians who have rallied around this cause to demand that the right thing be done in the larger national interest.

I call on all Ghanaians who yearn to see a change in the governance of this country to rise up and be counted for where there is a will, there is a way.

No politically engineered register can save this failed government from the inevitable defeat that awaits them in the next 165 days.

With or without a new voters register, the NDC shall win this election by the grace of God.

I leave you with this famous quote by Emperor Haile Selassie:

“Throughout history, it has been the inaction of those who could have acted; the indifference of those who should have known better; the silence of the voice of justice when it mattered most; that has made it possible for evil to triumph.”

I thank you for your kind attention. Ok

The Ghanaian Youth are invited to take part in the second edition of the “2063 Academy”. With the support of