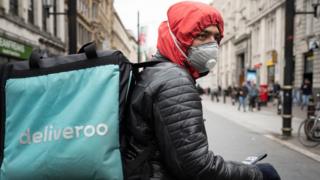 The UK’s competition watchdog has said it no longer has concerns about Amazon’s plan to invest in food delivery service Deliveroo.

Internet giant Amazon announced plans to buy 16% of Deliveroo in May 2019.

The Competition and Markets Authority (CMA) then began probing the deal and threatened an in-depth investigation in December.

However, in April the CMA said it would “provisionally” approve the deal to prevent Deliveroo from collapsing.

The CMA was initially concerned that the £440m deal would prevent Amazon from launching a rival company, which would increase competition and potentially lower prices for consumers.

But the watchdog now appears to have changed its mind.

Stuart McIntosh, chair of the inquiry at the CMA, said: “Looking closely at the size of the shareholding and how it will affect Amazon’s incentives, as well as the competition that the businesses will continue to face in food delivery and convenience groceries, we’ve found that the investment should not have a negative impact on customers.

“The impact of the coronavirus pandemic, while initially extremely challenging, has not been as severe for Deliveroo as was anticipated when we reached our initial provisional findings in April.”

The CMA said it was waiting for Deliveroo’s rivals Just Eat Takeaway and Domino’s to make their final submissions, and will not release its final verdict until 6 August.

Just Eat Takeaway – which was created in April when the CMA cleared the merger between Just Eat and Dutch food delivery firm Takeaway.com – is in a strong position.

The £6.2bn deal makes the new food delivery group the largest in Europe.

And earlier this month, Just Eat Takeaway announced it had agreed to purchase US rival Grubhub in a deal worth £5.8bn. If the takeover is completed it will create the world’s biggest food delivery company outside China.

A Deliveroo spokeswoman said Amazon’s investment was “good news for UK customers and restaurants, and for the British economy”.

“As we have argued for the past year, since the beginning of the CMA’s investigation, the minority investment will enable British born, British bred Deliveroo to compete against well-capitalised overseas rivals and continue to innovate for customers, riders and restaurants.” 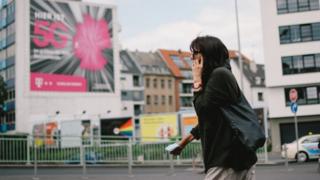 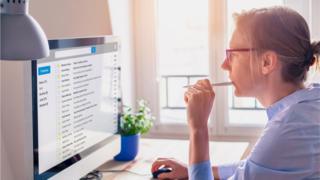 Should your email say if you’re he, she or they? 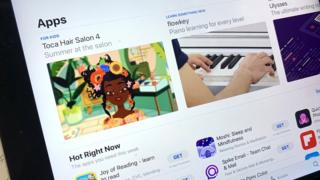 Apple digs in over its App Store fees

Obaseki reacts to the attack on Commissioner for Youth.
I was at the residence of the Commissioner for Youth, Hon. Damian Lawani, in Udaba Ekphei Community, Etsako Central Local Government Area (LGA) of the state that was attacked by political thugs suspected to be working for Oshiomhole and the gubernatorial candidate of the APC, Osagie Ize-Iyamu,
What happened here is quite disturbing. We got the reports a couple of weeks ago and the matter was reported to the Police in the state. It is quite disturbing. This is a clear evidence of an attempt on the life of my Commissioner for Youth. This matter has been reported and I understand that investigations are going on.
We will continue to pursue peace; we will continue to try and use the apparatus of state to protect our people and I hope that those involved, those who have the responsibility to provide security understand the danger they are putting the state and country into.
If they continue to turn a blind eye to the violence being perpetrated by Adams Oshiomhole in this state, nobody should blame the people of the state if they have to resort to self-defense.
My Deputy, Rt. Hon. Comrade Philip Shaibu, over the weekend raised alarm that some persons who were identified as assassins had been brought into Benin City by Adams Oshiomhole. It is suspected that some boys involved in this incident are currently harboured in Oshiomhole’s house in Iyamho. We are concerned the investigations are taking unnecessarily long. ... See MoreSee Less

.... Oshiomhole is a demon, whose character of sordid foolishness is identical, with that of the thief called Tinubu.

When this man was destroying other people houses because they refuse to join force with him against Oshiomhole it was okay and people dey clap for am. Now he is taking the hit back. Those that live in glass house should not throw stone

This is APC campaign in Uromi ,Esan Land

Make una collect oshomole money finish which he theif for edo state 30 billion naira water project hahahah 5000 each if u come join dem. Obaseki is not sharing edo state money is may to work for all edo people we are not buying vote oooooooooh are good work speake for us pdp power to d peolpe obaseki is workin 4+4 8 torgba by grace of God

Esan land is for PDP ,we nor be mumu

Collect the money from oshomole Esan is for pdp

Esan is for PDP Esan oye

Poster you are a liar this is 2016 campaign rally

One man can tell Uromi people who they should vote for when himself failed the Uromi people.

Please Felix Eigbefo can you send me this video to share on my page to put the devil to shame.

🤣🤣🤣🤣🤣🤣🤣. Rented crowd. In the whole of Esan, uromi is one of the most politically educated people. They can’t forget how Oshiomole treated them throughout his eight year reign. Let them come for a genuine town hall meeting and see