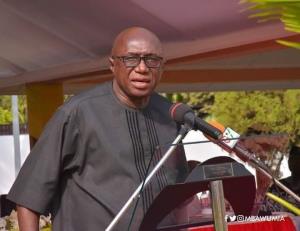 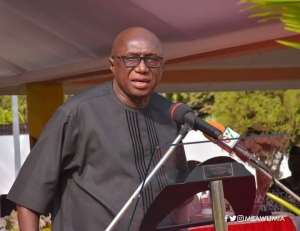 NPP Delegates of the Nandom Constituency in the Upper West region have officially given the Parliamentary nod once again to the Minister of Interior and Member of Parliament of the area Hon. Ambrose Dery for the 2020 December elections.

This follows the massive declaration of support for AMBROSE DERY (MP) in Nandom earlier this morning.

Ambrose Dery emerged as the sole candidate to pick and submit nomination forms to seek re-election in the Nandom Constituency.

AMBROSE DERY(MP) is the first NPP candidate to have won the seat in 2016 since its creation in 2012. It is not surprising that he has gone unopposed and widely endorsed by all delegates in the constituency. He won the then Lawra- Nandom constituency in 2008 and has been a pillar of the party in the Upper West Region. Most of the delegates admire him for his “development-oriented nature”.

They argue that his leadership has brought enormous development to the constituency. Road construction, Rural electrification, human empowerment, Boreholes, women empowerment are some of the things they point to easily.

In his address to delegates, the Minister of the interior thanked them for the opportunity to go unopposed and the confidence in his leadership.

He, however, charged them to increase and win the presidential votes in the constituency “the power is not mine, whatever I am able to do it is because the President has empowered me. This time the president will win in this constituency”.

It is predicted that the Nandom seat is a safe seat for the New Patriotic Party given the work government and the Minister have done in the constituency. 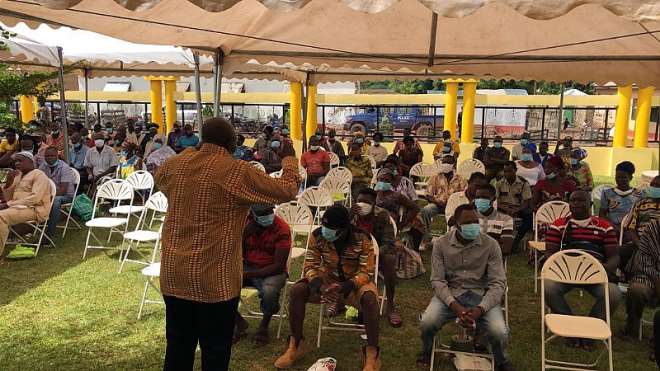 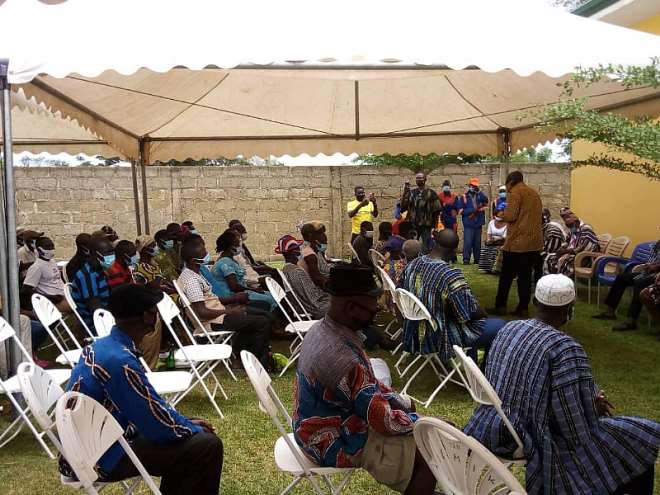 Firefighters struggle to battle a raging inferno at one of the buildings belonging to Royal Foam Limited at Ayigya, a