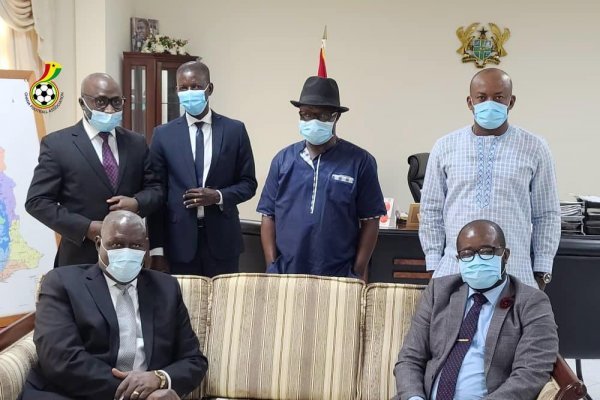 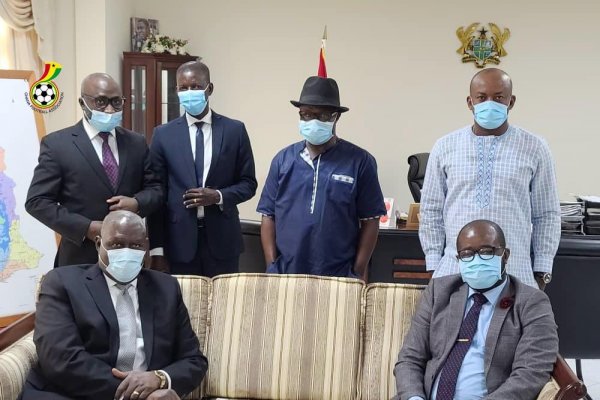 The leadership of the Ghana Football Association (GFA) on Thursday paid a courtesy call on the Chief Justice His Lordship Anin Yeboah.

The President of the GFA said the purpose of the visit to officially congratulate the Chief Justice on his appointment as Head of the Judiciary.

He expressed gratitude to the Chief Justice for his role preceding the last GFA elections which was culminated in Justice Anin Yeboah(then FIFA Disciplinary Committee Chairman) swearing-in of the newly elected President and Executive Council.

In his remarks, the GFA President appealed to His Lordship Chief Justice Anin Yeboah (CJ) to continue sharing his rich experience in football with the new GFA leadership despite his busy schedule.

“We humbly appeal to you to avail yourself to the football family so that we can tap into your rich experience though we know you currently have a very busy schedule”, he intimated.

The Chief Justice thanked the delegation for the visit and expressed his excitement at the GFA’s decision to visit him considering the various positions he occupied in football previously.

His Lordship Justice Anin Yeboah(CJ) recounted his days on the GFA’s Disciplinary Committee and how football has played a role in propelling him to his current position.

He also acknowledged the excitement the domestic leagues generated until it was halted by COVID-19 and expressed hope that there would be equal excitement when the domestic football finally resume.

He mentioned that Ghana Football has suffered a lot of negativity in the recent past and charged the new administration to ensure that the game is devoid of all improprieties.

The Chief Justice also enumerated the positives that football brings to the general public and the platform the domestic league provides in unearthing talents for the various national teams.

He, therefore, reiterated that the domestic leagues must be supported and promoted to generate excitement in the country.

The meeting ended with the Chief Justice offering some counsel on football governance and other matters.

10 Things To Look Forward To at the First Presidential Debate 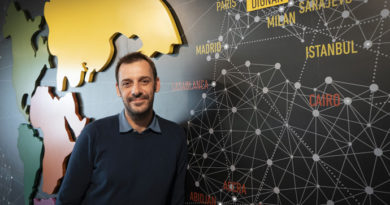 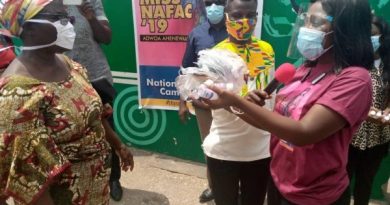 Hide out of food palliatives discovered in Lagos, Osun, Kwara, Calabar & more to come. Governors, why? Why? Why are we doing this to ourselves in Nigeria? ... See MoreSee Less

You only see food, what about the money donated

My brother, Nigeria bigooo. Now that Buhari is aware of those involved in haulding of the palliatives, let me hear his excuse why those things should be kept by his governors or people responsible for the distribution. Unless politicians make things right, there will always be crisis.

EDO has been discovered

Since You Cannot Change Nigeria, We Are Going To Change You.
#BuhariMustGo ... See MoreSee Less

So you guys have not heard, he dead since last night o, when the innocent Nigerians left this world last night, this useless president followed o. He is dead among the living already.

Heartless cow, u will die shamelessly

Is as simple as that. #Buharimustgo

Yes he must go

For the man souls you have killed and still killing, may you and your generation not know peace