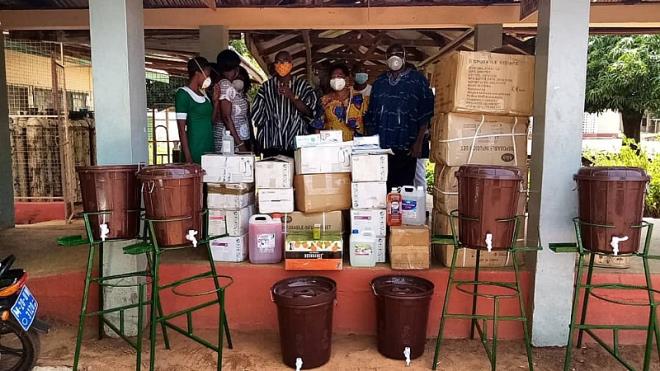 Nandom – June 2020 – The Kuupole Foundation for Educational Support and Advocacy (Kuupole Foundation), an initiative of the former Vice-Chancellor of the University of Cape Coast, Professor D. D Kuupole has donated to the St Theresa’s Hospital in Nandom.

The Kuupole Foundation also donated, four boxes of infusions, 10 Veronica buckets with stands and a large box of blood tonic and glucose.

Prof. Kuupole said, “in 2016 when I was celebrating my 60th birthday, a group of friends came together and organized the celebration and the proceeds generated from the support of friends was going to be used to setup the foundation.”

“We have been writing proposals and other things to bring in money. You will see that; the medical items were donated by a friend who is a medical person. So, the little we are presenting today may support in some areas.”

Prof. Kuupole expressed his gratitude to the Municipal Chief Executive (MCE) for Nandom, for accepting to be part of the presentation to be made to the hospital.

“Without a healthy mind and a healthy body, there isn’t much you can do” Prof Kuupole added.

The MCE for Nandom, Dr. Thaddeus Aasoglenang Arkum who received the donation on behalf of the St Theresa’s Hospital expressed his gratitude to the Kuupole family and the Kuupole Foundation for the numerous supports the have being giving the Municipality.

“I was not surprised, and Prof called to tell me about the intended donation to the hospital. The St Theresa’s Hospital serves a lot of people including people from Burkina Faso. These items donated today, would go a long way to support the hospital in the fight against COVID-19” he said.

He added that, the Municipal Assembly and central government and other benevolent organizations and individuals have been supporting the hospital with Personal Protective Equipment in the fight against the pandemic.

Dr. Aduwia David, Medical Superintendent of the St Theresa’s Hospital could not hide his joy.

He thanked Prof. Kuupole and his wife for the donation.

Prof D. D Kuupole was Vice-Chancellor of the University of Cape Coast from 2012 to 2016. 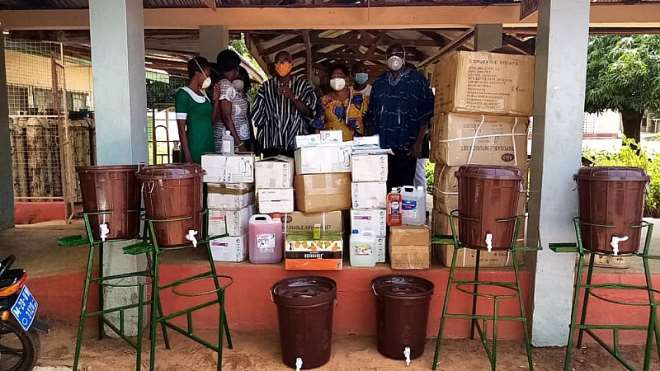 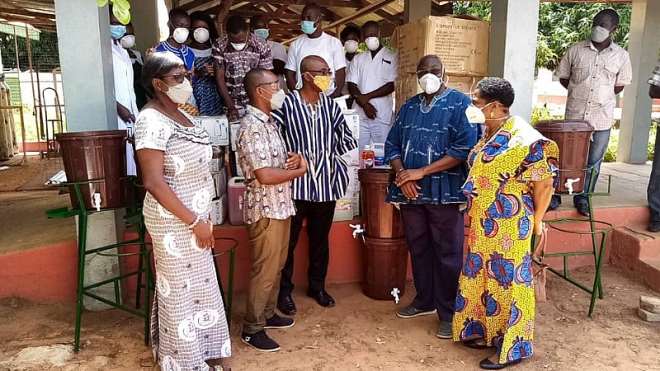 Effective Democracy: A Matter Of Voter Right Or Right Voter? By Chido Ahumibe 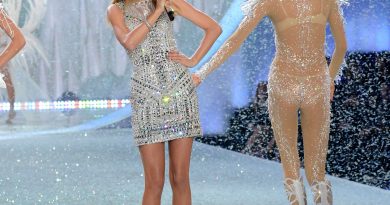