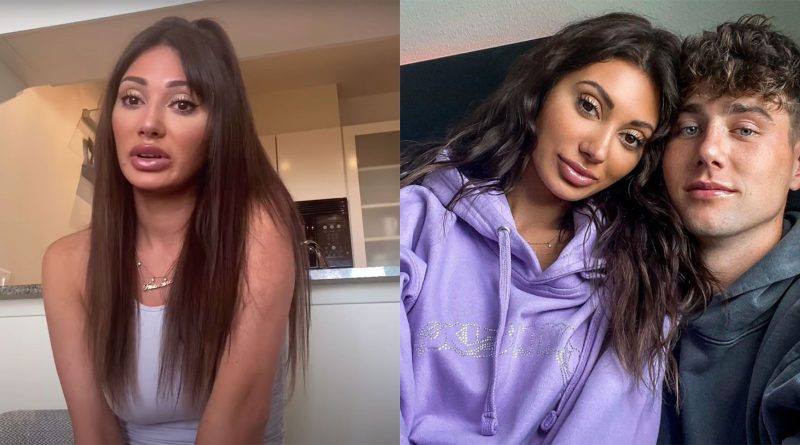 Too Hot to Handle‘s maybe-engaged couple Francesca Farago and Harry Jowsey are done. Farago announced the news in an emotional, nearly six minute video. She explained that some of the rumors circulating around about Jowsey were true and that she could no longer tolerate faking being in a relationship with him.

Farago started her video by explaining why Jowsey broke up with her, in as vague of terms as she could manage to protect their privacy. There was plenty of revealing detail shared, though. She said:

I’m just going to be honest with everyone: Harry and I are not together anymore. He decided to break up with me because he couldn’t do long distance anymore. I obviously was heartbroken. I did everything I could. I got to LA. I was there for business, but I got there, and I was just trying to work it out with him, and it didn’t happen. And I was like, “Okay, if this is what you want, then let’s announce to everyone.” He said that he didn’t want to do that yet because there was rumors and accusations being brought up by people and stuff like that, so he didn’t want to validate those things by releasing that we were going to take a break.

There are a lot of things that have been happening that have proven to me the way I was thinking is not the way he was thinking. And that we have just had different mindsets toward this whole situation. Couples fight, and you go through arguments. And we would argue every now and then, but it was never, for me, relationship-ending, and I think for him, small little things just ended up turning into relationship-ending arguments.

There’s a lot of things personally for my mental health, I cannot tolerate anymore. I cannot fake a relationship. I cannot pretend everything is going to be okay. I’m deciding to come forward with this video and just announce that we’re not together, and we’re not getting back together because—to just solidify that in my own brain. And to be honest with you guys, I know this is really hard because there are so many people who are very invested and all the fan accounts that I love so much, I actually love seeing all of your content, and I’m really sorry this is happening. And I really wish it wasn’t, but I believe I can only tolerate so much. And I need to move on. And the only way I can move on is by making this video and by telling everyone that’s what happened. I’m trying to keep this as light as I can and not give too many details because it’s a very personal situation. I hope everyone respects that. And maybe in the future, there can be more explained to you guys, and I don’t want to leave everyone with a lot of questions, but basically, for me, I would’ve stuck by this person, no matter what. And through all the fights and everything, I would have never given up, but it wasn’t reciprocated, and he was moving on and he is moving on, and I need to do the same.

She touched on rumors about Jowsey in the last half of her video, along with why she delayed announcing the news due to her belief that they’d get back together. Jowsey was acting like they were still on when they were on a break after all, she said:

I personally, genuinely thought that it was just like a two-week thing, and we were going to be fine when I move there, and everything was going to be amazing, and we were messaging each other everyday saying we missed each other and sending photos and tagging each other in memes, and sending each other the wedding pictures, like everything was normal. Our relationship felt like it was still 100 percent on. I was like, “Okay, perfect, we’re on a break but we’re not. He’s messaging me everyday saying he misses me, we’re FaceTiming, we’re calling, so we’re obviously still together. Like, we’re talking every single day.” I was just wrong. He is not the person for me, so.

There were a lot of rumors that came up that turned out to be true, and I was getting sent a lot of screenshots and messages. I didn’t want to believe it because how could you have a wedding folder with someone and how could you propose to someone but you’re also saying, “I can’t be with you because of the distance”? Just, it makes me feel like I was being played. I’m just like sad with myself for letting myself be put through these situations. I don’t think anyone should stay in a situation where you’re extremely unhappy, and you’re not being treated the way you should be treated. There’s a lot more to the story; I just can’t emotionally put myself through this anymore, so I’m really sorry, guys, and I know this is probably hard for a lot of people to watch, and it’s really hard for me as well.

Farago said, “The love I had for him was very, very, very, very real, and I know you guys can see that, so. I don’t want to sit here and bash anyone or make anyone feel bad. I’ve given it so many chances, and I’ve forgiven so much, and I’ve stood by the relationship because I loved him, but I can only put myself through so much.”

In the YouTube caption for her video, she also touched on her decision to post now in the midst of the coronavirus pandemic and Black Lives Matter movement. She wrote:

First, let me say I am aware that this may not be the most appropriate time to posting this video. With everything going on right now I do not wish to come across as insensitive, by airing out my personal issues. But this has been taking a huge toll on me emotionally and I know I owe answers to all you, who having been asking questions. I feel I need to be honest and I hope everyone can understand.

I apologize for being so emotional. I might regret revealing my vulnerability. I did want to be strong, but understandably my emotions kept getting in the way. I also filmed this video when the situation was very fresh. I refrained from releasing it at the time as the world had, and continues to have, far more important and pressing issues to connect with. I will continue to stand up for what is right and just. I can’t however, continue this way, when we’ve both moved on and knowing many of you have noticed something isn’t right.

I think anyone going through anything similar should know that doing things for yourself and moving forward with your truth will make you feel strong and empowered. Even though in the moment it can be very difficult, there is always a light at the end of the tunnel.

I know there’s a lot of young girls who look up to me, and our relationship. But not everything you see online is as perfect as it seems. Harry and I are guilty of portraying it as such and I am very sorry for that.

I want to tell all of you, never let anyone treat you poorly, in any situation. You are all amazing and you all deserve the WORLD.

Always stand by people you love, but not if it comes at the expense of your own happiness. Don’t settle for anything less then [sic] amazing. Continue to be kind & do good.

As heart breaking as this is for me to post, especially considering the circumstances, I really need to start moving forward with my life.

If it comes down to me having to release more of the truth I will when the time is right.

You can watch her full video below: 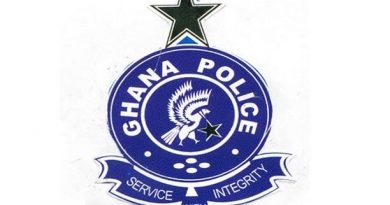 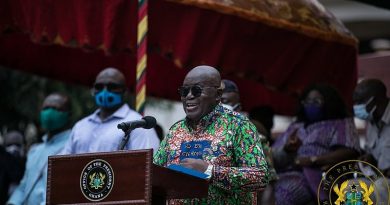 ESG investing and how Vanguard’s 2 new ETFs can help

Finding the perfect foundation, BB cream, CC cream, lipstick, and every beauty product in between can be tricky. It all

Police Commander Thrown Out Of Yendi For Disrespecting Yaa Naa