Five years ago today, Maggie Nichols’ gymnastic coach submitted the first report of doctor Larry Nassar’s sexual abuse of gymnasts to officials at USA Gymnastics. More than 300 women would eventually come forward to accuse Nassar of sexually abusing them under the guise of providing medical treatment during athletic training. The trailer for Athlete A, a new Netflix documentary that follows The Indianapolis Star‘s investigation into USA Gymnastics, details the events that occurred after survivors broke their silence.

The documentary, from filmmakers Bonni Chen and Jon Shenk, chronicles the work of the team of reporters who ultimately exposed one of the most egregious scandals in sports history. “Athlete A” refers to Nichols, who revealed her identity as Nassar’s first accuser in January 2018. Survivors who followed Nichols’ lead in speaking out include Olympic gymnasts Simone Biles, Gabby Douglas, McKayla Maroney, and Aly Raisman. 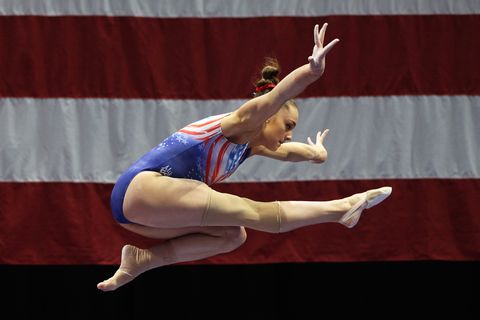 Maggie Nichols in Athlete A.

In 2018, Nassar was sentenced to up to 175 years in prison on several counts of first-degree criminal sexual conduct during his tenure at Michigan State University and USA Gymnastics. Dozens of coaches have been banned and three USA Gymnastics board members resigned in the fallout. But the fight for full justice and transparency continues; today, more than 120 survivors of Nassar’s abuse submitted a letter asking the Department of Justice to release its inspector general’s report on the FBI’s handling of the case.

“My Name Is Prince”: A graceful, powerful photographic tribute to the Purple One

Fashion Influencer Garance Doré Walked Away From It All At The Height Of Her Success, But Why?

Who is worse: Donald Trump or Mitch McConnell?