Nigerians have urged Governor Aminu Masari of Katsina State to honourably resign following his admittance that he has failed to protect the people from bandits and gunmen.

The governor admitted to the failure while speaking with journalists in the state capital on Monday.

He said, “I don’t know what to tell them. I cannot look at them in the face because we have failed to protect them, contrary to our pledge to ensure the security of lives and property throughout the state.”

Following his comments, Nigerians asked Masari to take an honourable step by resigning from piloting the affairs of the state.

Olatubosun Oyunranti said, “Sir, with due respect, you are too old for this stuff. To govern a state, you need energy and a lot of it in addition to wisdom. Please, resign and take a deserved rest. Let a younger man take over from you. Thank you, your Excellency.”

Imrana Abdulsalam asked, “You have said the truth but sir, why can’t you resign since you cannot conduct your primary assignment as a governor?”

Oyeleke Babatunde Ezekiel said, “Then tender your resignation letter if you can’t protect your people, your primary assignment is to protect their lives and property.”

Umar Abdullahi said, “Please sir, be the first governor to willingly resign from office because of his people.”

Ngwakwe Johnson Chibuike said, “I wonder what you are doing in government at your age. You shouldn’t be the governor in the first place.”

Kelvin Awanlan said, “Since you agreed that you have failed, what are you still doing there as the chief security officer of the state, resign as soon as possible.”

Abdulrahman Hamisu said, “Sad reality, just resign since you cannot protect the lives and property of people that elected you into the power.”

Olowu Kunle Joel wondered why it is so hard for political leaders to resign with dignity in Nigeria. “Resign honourably,” he told Masari.

David Onuoha said, “In a sane and civilized society, the modest thing to do would have been to resign in honour and dignity but Nigeria is a country in a world of its own.

“The people ought to protest against the ineptitude, incompetency and lackadaisical attitude with which our states and nation, in general, are administered but lo and behold, everyone is quiet pretending as is if all is well. This calls for great concern.”

Cassidy Nwebonyi said, “It’s good you have accepted the truth, please take action immediately or hand over to a capable hand, give the life of your citizens a meaning.” 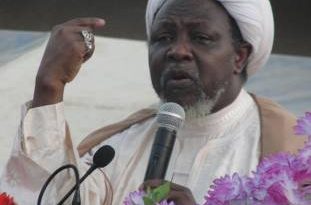