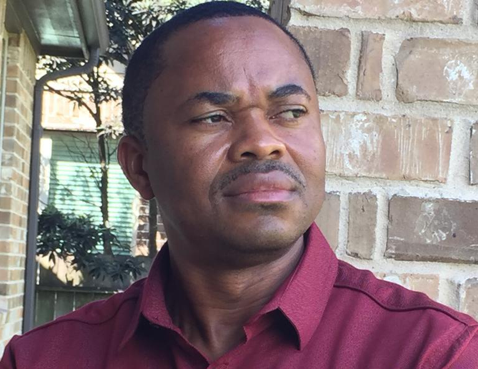 In a few days, black America will pick up the pieces from the intense trauma of the past few weeks to mark this year’s Juneteenth. June 19, 1865 was the date when Union general Gordon Granger read federal orders in Galveston, Texas declaring all previously enslaved people free. Though the abolition of slavery happened much earlier, the American south wasn’t quite ready to give up the economic privilege of cheap labour offered by enslaved Africans. They fought the Union soldiers holding the Bible in one hand and guns in the other and if there is an eerie similarity with the evangelical support for President Trump today, it’s because there is.

Juneteenth also known as Freedom Day has become a yearly ritual for the surviving children of those trapped in more than 400 years of staggering exploitation and economic subjugation. If Black America were to be a country, June 19 would be her Independence Day and trumpets will be heard buzzing all over with pomp.

But the mood today is different. It’s undeniably sombre and the hope for freedom, a distant mirage. As dead bodies of countless black men continue to litter the streets of America, what this freedom means is up for a serious debate. To the extent that free born citizens live everyday under a strangulating Jim Crow era racism, freedom is only but a drop of ink in a worthless piece of paper. The American black has never been this forlorn and helpless.

To some, it is very easy to look around and cast black America of today as a lazy bunch. The up-to-no-goods with nothing to offer. President Reagan was among the first to sound the dog whistle when he talked about welfare kings and queens who cling on to the Democratic Party for a promise of a daily bread without labour. The model black American family is depicted as a unit where men take no responsibilities and women pay no regard to the institution of marriage. They live a life of crime and so are in and out of incarceration. But is that really consistent with history?

America is a nation of unbelievable moral contradictions. A country founded by Pilgrims escaping religious persecution in medieval England. That same people came bearing arms, killed and dispossessed the natives of their land and then turned around to force Africans to farm it for them. It seems like the only thing consistent is America’s ability to use every instrument in her power to sit on the neck of generations of black people.

And so slavery ended in paper but not in the mind of the masters. Blacks had to be undermined through subterfuge, sabotage and subterranean banditry.

A black man with a gram of crack gets to spend many years in prison while the white guy that sniffed cocaine was sent home with a warning. Even as I pen this piece, the former Detroit Mayor, Kwame Kilpatrick continues to languish in jail while Trump’s former campaign manager, Paul Manafort is granted home confinement “out of coronavirus fear” and the justice department is planning on dropping charges on General Flyn. Those are all blue collar criminals except one of them is black.

Greenwood’s story was the model of black success in the early nineteen hundreds. During her peak, it was a bustling upward mobile commercial district that boasted of black own banks, cafes and not to mention hotels and movie theatres. To put in perspective according to Josie Pickens in Ebony, the whole of Oklahoma had only two airports at the time, yet six black families owned their own planes.

In May 31st of that year, Tulsa Tribune, a local newspaper had reported that a black man, Dick Rowland, attempted to rape a white woman, Sarah Page. Reminds you of Amy Cooper? Anyway, one thing led to the other and within days thirty-five city blocks belonging to blacks went up in flames. 300 people died, and 800 were injured. At the end of the murderous rampage, about nine thousand blacks were rendered homeless. Such mayhem were replicated in cities across America.

In the face of all the grave injustice, there is a temptation to paint white America with broad brush. That is not just plain wrong but is in of itself inherently racist. There is no doubt that most of the progress made starting from the days of the civil right movement and up until now would have been impossible without an active support of white allies. Even as we pray to double down on the effort, we have to appreciate those that marched with us, cried with us and even sometimes make the ultimate sacrifice, just for our sake. Martin Luther King used to refer to them as our white brothers and sisters.

Sadly, there are still many in the white community that are without empathy on the cry of black men for racial justice. They are the ones who are quick to respond derisively to Black Lives Matters with All Lives Matters. Not out of misunderstanding of a simple concept but to obfuscate and in the process distract from the cause. That is not just shameful but outrightly cruel.

Blacks also have a lot of soul searching to do. There are a couple of things we need to get better at. Even when you believe the Police are in the wrong, why resist arrest or fight the man with a gun? We also need to find a way to rebuild the black family. It’s important to realize how we are not totally defined by what happens to us but also by how we react to it.

But the big question still is, when will America be ready to finally set her black citizens free?

In our current state, it’s difficult to remain optimistic. That said, for a country where just a few decades ago, blacks were not even allowed to ride in the same bus with whites while sharing a seat, it hasn’t been all doom and gloom. For America to have allowed a black man into a house clearly labelled the White House for eight solid years, we have to concede that though the journey has been rough but some progress has also been made. A lot more however, needs to be done. It’s only then that America could live up to its dream; a land of the free and home of the brave.

Dr Agbo is the President/CEO African Center for Transparency