Data analytics and transparency firm, BudgIT, has called for an urgent reform of the Nigerian National Petroleum Corporation (NNPC), to boost its profitability and reverse the massive losses recorded by some of its subsidiaries.

In a statement in Abuja, signed by its Communications Associate, Iyanu Fatoba, BudgIT also commended the NNPC for publishing the audited accounts of its subsidiaries and business divisions  for the first time in a long while and for launching the OpenData segment on its website, as a measure to promote transparency in its financial operations.

According to BudgIT, while these are important steps regarding transparency, more still has to be done by the Federal Government to reform the NNPC.

“The Federal Government needs to reform the NNPC to reverse the trend of the massive losses recorded by some of the NNPC subsidiaries, annually. This audit report is a laudable step towards showing Nigerians the true picture of what is going on in NNPC,” Gabriel Okeowo, BudgIT’s Principal Lead stated.

Also speaking, Adejoke Akinbode, a Project Officer with BudgIT’s Extractive Department, noted that a financially viable and transparent NNPC was pivotal to the Nigerian Economy as the government still largely depends on revenue from oil to finance its budgets.

According to Akinbode, over the years, BudgIT has consistently requested that the NNPC should make its audited report available to citizens, in addition to publishing its monthly financial and operations reports, to further ensure transparency and accountability.

Akinbode said, “In our last policy brief on NNPC reforms titled: “NNPC: The burden of Africa’s Oil and Gas Giant”, making NNPC’s audit report public was one of the 7 recommendations for reforms we put forward.

“Launching an OpenData segment on its official website is a very commendable step by the NNPC. We encourage Nigerians to download the audit reports and other data put up by NNPC, study them, and ask questions.”

Furthermore, Fatoba stated that there was no doubt that the Mele-Kyari led NNPC management had blazed the trail by making the audited report of all NNPC’s subsidiaries available online.

Fatoba said: “For the past four years, BudgIT, through the Extractives Consultative Forum and with support from the Natural Resource Governance Institute (NRGI), has been engaging key oil and gas stakeholders annually; including officials from Nigerian National Petroleum Corporation, NNPC, Department of Petroleum Resources, Ministry of Petroleum Resources, Civil Society Organisations and private individuals.

“These engagements have centered on ways by which the NNPC can become more transparent, assume, and maintain the status of a commercially viable entity, as its consecutive losses are not sustainable in the long term.” 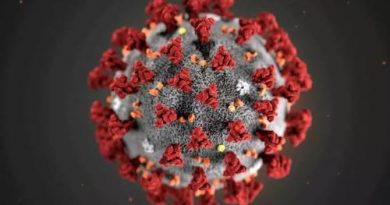