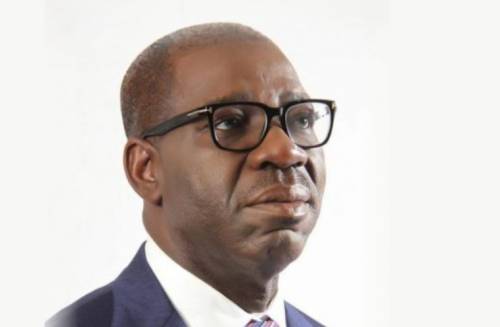 In 2016 the then Edo State governor, Comrade Adams Oshiomhole’s tenure was coming to an end and the issue of succession naturally propped up.

The front runner was Pastor Osagie Ize-Iyamu, who has been an old political war horse since the third Republic. By his admission, he was instrumental to the first coming of Oshiomhole as governor in 2008 after the defeat of Prof Oserimhen Osunbor at the Elections Petitions Tribunal. In 2012 he was the Director-General of the re-election campaign of Oshiomhole and was credited with aiding the likeable former Nigerian Labour Congress boss win in all the 18 local governments of the state.

Some pundits opined that Ize-Iyamu demanded that the then deputy governor, Pius Odubu be dropped so that he could run with Oshiomhole and so would pave the way for an easier succession for him.

The comrade governor having retired all the godfathers had a different idea. Having tasted the sweet elixir of power, he still wanted to be relevant in the scheme of things and so handpicked Godwin Obaseki, who was the Chairman of the Economic Management Team and a political neophyte as his successor. This angered Ize-Iyamu, who then defected back to the PDP where he won the primaries and flew its gubernatorial flag.

During the campaigns, the question then was Obaseki, who as he hardly uttered a word. The garrulous Oshiomhole was the spokesman and did a yeoman’s job of it.

No sooner than Obaseki was sworn in did he begin to assert himself to the chagrin of his erstwhile godfather. Obaseki made it known via his body language that Edo wasn’t Lagos where Asiwaju Bola Ahmed Tinubu metamorphosed as the governor emeritus of the nation’s economic nerve centre.

The struggle for power and the control of the state APC made the two men fall out and all efforts at reconciliation hit the rocks.

The re-election this year only increased the political temperature on the state as the centre could no longer hold. Obaseki opted for indirect primaries while Oshiomhole rooted for the direct. At the end of the day the APC chose the direct making Oshiomhole have the last laugh.

While the nation celebrated democracy day on June 12, it was gloomy and a day for tears in the camp of Obaseki as he and two other aspirants were disqualified by the APC screening committee. The reason given was that the party said it couldn’t vouch for his certificates.

We recall that the APC lost Bayelsa State due to a certificate forgery scandal of its deputy governorship candidate. Political pundits opined that they didn’t want a similar fate to befall Edo state.

One wonders why Obaseki refused to appeal his disqualification. Is that a surreptitious admission of guilt? Was he skeptical of getting a fair judgement even if he had appealed? A clear conscience fears no accusation; why is the governor reluctant to explore all available means to upturn his sudden disqualification? Was the party aware of his certificate discrepancy in 2016 and choose to keep quiet? There are so many urgent questions begging for answers.

Comrade Adams Oshiomhole known for his loquaciousness has surprisingly been quiet throughout this period. His advisers really did a good job in making him not violate the principle of ‘Nemo Judex In Causa Sua.’ (You cannot be a judge in your own cause). Is it possible that Oshio baba as he is fondly called was aware of the possible certificate discrepancy and chose to remain quiet until now through the ‘hand of Esau and voice of Jacob?’

An independent panel of enquiry should thoroughly investigate Obaseki’s certificates and if found guilty should be made to face the music the day he steps down as the governor to serve as a deterrent to certificate forgers. There should be zero tolerance for such a crime.

There are rumours making the rounds that the opposition Peoples Democratic Party wants to offer Obaseki their gubernatorial ticket. This will be interesting as it may not go down well with the aspirants there who have spent millions of naira in the procurement of the gubernatorial form. Some pundits posit that he is sufficiently popular to get the party back to the Dennis Osadebay Avenue and the other contenders should postpone or completely forget about their ambition in the best interest of the party.

With the disqualification of Obaseki, the coast is now clear for Pastor Osagie Ize-Iyamu who has nursed the ambition of becoming the governor since 2007 when as the then Secretary to the Edo State Government, he formed the Grace Group which he wanted to use as the vehicle for the actualization of his ambition. This may be his brightest hour as he is allegedly being backed by Oshiomhole. June 22nd, a day after his birthday and that of his wife when the APC will hold its primaries may prove to be his best day in the month. Twenty-four hours is a very long time in politics and anything can still happen. Even though I will be amazed if Ize-Iyamu doesn’t win, it is too early for him to rejoice.

If Obaseki feels he is popular, it is not too late to defect to the PDP or any other party for that matter. We recall that Dr Olusegun Rahman Mimiko won the Ondo State gubernatorial election in 2008 under the banner of the hitherto unknown Labour Party. If the Edolites like him and feel that he has been schemed out by his adversaries, they will back him massively to be the Landlord for the next four years.

Some of Obaseki’s aides have already started to jump ship. His former Chief of Staff, Francis Taiwo Akerele, who was with him while he was the Chairman of the Economic Management Team resigned last month which was a huge shock to political watchers given their closeness. His Commissioner for Information, Paul Ohonbamu recently resigned. More are set to desert him as politics is a game of interest where there are neither permanent friends nor enemies.

If Obaseki’s handlers are smart, they can portray him as a victim of Oshio baba’s high handedness and appeal to the anti-godfatherism sentiments to get a second term. Anything short of this will make him an ally of the disgraced Akinwunmi Ambode.

Will Obaseki triumph against all odds? Time is indeed the greatest revealer of things.

My Victory A Triumph Over Godfatherism —Governor Obaseki