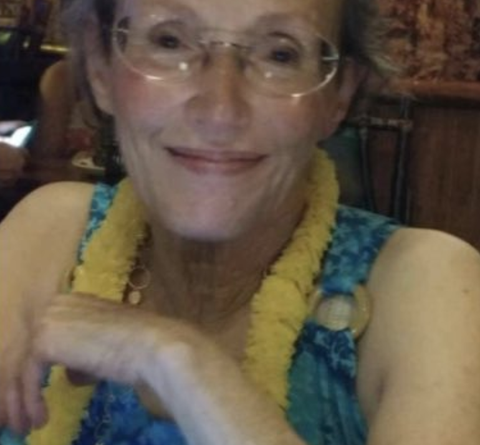 On May 30, Oluwatoyin Salau joined a peaceful Black Lives Matter protest outside the Tallahassee police headquarters to demand justice for Black lives lost. The 19-year-old was photographed using a megaphone to recite the names of those people killed by police, including Tony McDade of Tallahassee and George Floyd of Minneapolis.

“I don’t want their names gone in vain!” she told the crowd that had gathered around her.

Exactly one week later, Salau went missing—just hours after tweeting about a man who she said disguised himself as a “man of God” and sexually assaulted her. Her own name began circulating online, and the hashtag #JusticeForToyin spread wide via social media. Salau’s friend, Danaya Hemphill, who saw her the day before she went missing, told the Tallahassee Democrat she “had a feeling that we were not going to find Toyin alive.”

The teen activist’s body was discovered on Saturday night, according to a news release from the Tallahassee Police Department. A suspect has been apprehended, and her death is now being investigated as a homicide. 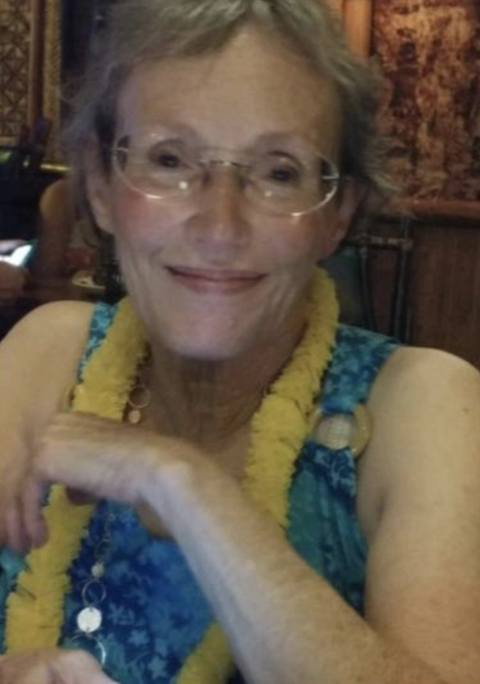 Salau was one of two women discovered in southeast Tallahassee over the weekend. Police also found the body of retired state worker and 75-year-old grandmother Victoria Sims, who was last seen on June 11. Sims was well-known in the community for her volunteerism and work in local Democratic politics, according to the Democrat.

The suspect in both cases is 49-year-old Aaron Glee Jr, who has been taken into custody, according to the Tallahassee Police Department.

Glee has previously been arrested for violent offenses. He was reportedly arrested on charges of aggravated battery in May, after a police officer spotted him kicking a woman in the stomach. The woman told authorities they were drinking alcohol and walking down the sidewalk when she turned down his proposition for sex, according to the Democrat. Glee allegedly shoved her to the ground and began kicking her.

He was arrested on a charge of possession of marijuana last year, the outlet reports, but prosecutors dropped the case.

Misdemeanor battery charges were also filed against Glee on June 6, the same day Salau was reported missing, according to the Democrat, but those reports “were not immediately available,” the outlet says.

“There is no justice that can be served that will replace my sister’s life,” her brother, Oluwaseyi Salau, told the Democrat. 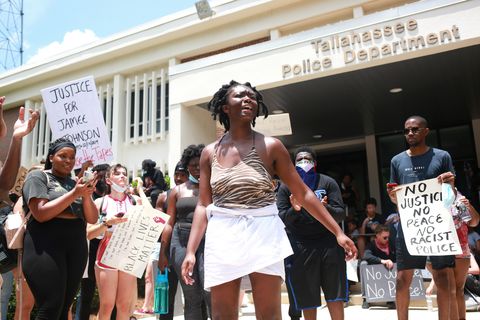 Salau at the protest against police brutality outside the Tallahassee Police Department headquarter on May 30.

Salau was a “mainstay at Tallahassee protests,” according to Essence magazine. In the week leading up to her disappearance, she attended several demonstrations to demand justice for Tony McDade. On May 27, McDade, a 38-year-old Black transgender man, was shot and killed by Florida police responding to a call about a stabbing. According to WGCU, an officer determined that McDade fit the description of their stabbing suspect and approached him. Activists are now calling for a full investigation into his death.

After Tallahassee police discovered Salau’s body on Saturday, activists, journalists, and politicians are using the hashtag #JusticeForToyin to honor her life, including Sen. Kamala Harris, who tweeted: “We must do better to protect Black women and value their lives.”

Nana Akwasi Bosompra I, Paramount Chief of the Goaso Traditional Area in the Ahafo region, has called for an amendment