As cases of rape and child abuse continue to rise, Dr. Albasu Kunini, Speaker, Taraba House of Assembly, has vowed to sponsor bills for laws that would tackle the menace and deal with the perpetrators.

In an interview on Friday, in Jalingo, Kunini also said that steps would be taken to protect victims from stigmatisation.

He expressed worry over the rate at which incidents of rape, domestic violence, and child abuse were on the rise, calling on stakeholders to “act swiftly to tackle the menace”.

He said that though Taraba had domesticated the Child Right Act, several other states were yet to do the same, adding that the latest developments called for more actions, especially in terms of strict legislation.

“I must say that the rising cases of rape and child rights abuse in the country are most worrisome.

“It is such a barbaric act that should be condemned from all fronts because the psychological implications are far-reaching and terribly devastating on the victims.

“For the perpetrators, it is just a moment of pleasure, if it can be termed pleasure, but for the victim, it is a lifetime of trauma.

“I am already considering strict legislation that will ensure that those who chose to be this demonic are commensurately dealt with.

“Another angle that we have ignored over time and which I am considering seriously is the protection of victims.

“Most of these cases go unreported and unheard because the victims are afraid of talking for fear of stigmatisation.

“We must put in place legislation that will protect the integrity of victims and give them the moral courage to always come up and report such cases,” Kunini said. 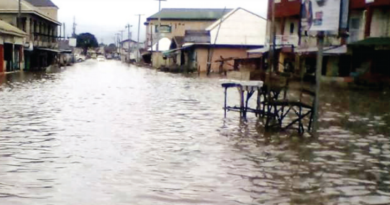