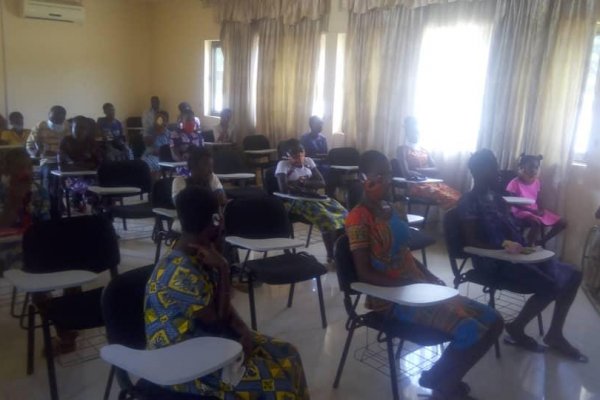 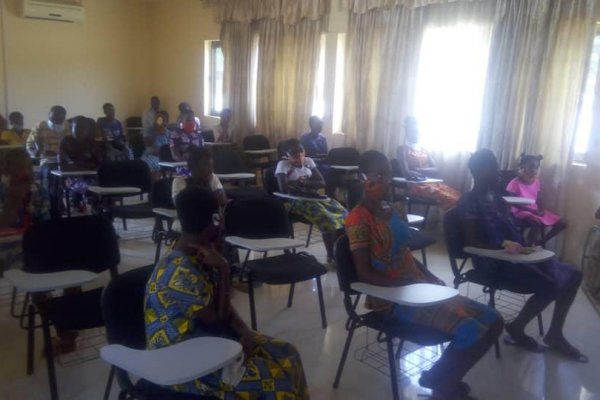 Alliance for Reproductive Health Rights (ARHR), has organized a sensitization workshop for out of school adolescent girls with disabilities at Peki in South Dayi District on their sexual and reproductive health rights.

The training was in collaboration with the Volta Educational Renaissance Foundation (VERef) with funding from the United Nations Population Fund (UNFPA) and the Canadian government.

It is part of ARHR and UNFPA’s five-year project, being implemented in five districts – Komenda-Edina-Eguafo-Abirem in the central, Bosome-Freho in Ashanti, South Dayi in Volta, Nzema East in Western and Ashiedu-Keteke sub-district in the Greater Accra region in the country.

Madam Rhema Andah, Programmes Assistant, ARHR said the project was aimed at educating out of school adolescent girls on their rights regarding their reproductive health to empower them to demand those rights.

She said when the adolescents were educated on their basic rights and freedoms and had access to information, they would be more empowered to report cases of abuse against them to appropriated authorities or agencies for quick redress.

Madam Albertina Alipui, Acting Finance, and Administration Manager, VEReF observed that most adolescent girls who were out of school did not know much about their reproductive health rights compared to those in school.

She said when adolescents were taken through legal literacy and aware of their rights, they would be able to resist certain abuses and also demand for justice for those that had been committed against them.

Madam Emma Adom, Director for Social Welfare and Community Development, South Dayi, in an interview with the Ghana News Agency said her outfit would not hesitate to prosecute persons handling rape or defilement cases at home.

She said such cases were to be reported to the police for perpetrators to be arrested and prosecuted in law courts and asked persons handling those cases at home to desist from the practice.

The District Director said victims of such cases suffered both psychological and physical disturbances, therefore, if the cases were not properly handled, their situation could be exacerbated, “because they are suppressed, depressed and their rights are taken from them.”

She urged adolescent girls to report any person pestering them for sex to their parents and also called on parents not to shield persons who committed such acts against their children.