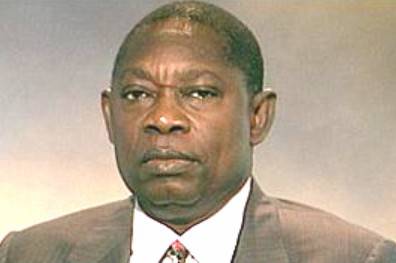 I remember in 1993 when as an eight-year-old starry-eyed lad, I was introduced to partisan politics. My father belonged to the then National Republican Convention (NRC) and he never told me to go and play outside when his political associates sauntered into our house for meetings.

As the child, who was saddled with the responsibility of purchasing newspapers for him, I was unconsciously taught the ropes of partisan politics.

My mother was a sympathizer of the Social Democratic Party (SDP) because she was always in awe of the rags to riches story of Chief Moshood Kashimawo Olawale Abiola.

June 12, 1993 came and the nation went to the polls to elect a leader that will lead them to the proverbial Promised Land. For the first time in the country’s electoral history, the nation voted for a Muslim-Muslim ticket as we were fed up of the ruinous military rule especially with the regime of General Ibrahim Babangida which greatly pauperized Nigerians. For the first time we were united not minding our religious differences as our collective resolve was the common good. I recall that the religious resolve was absent in the 1979 Presidential elections when the late sage, Chief Obafemi Awolowo ran with the late Chief Phillip Umeadi of the Unity Party of Nigeria on a Christian-Christian ticket. The nation had truly evolved.

The presumed victory by Abiola united the nation also for the first time despite divergent political party lines as many Nigerians who belonged to the NRC were united in their resolve to ensure that Abiola got his mandate.

The likes of Chief Femi Fani-Kayode for instance who was a staunch member of the NRC became a sturdy voice for the de-annulment of the June 12 elections. The current Ekiti State Governor, Dr. John Kayode Fayemi in his book ‘Out of the Shadows’ revealed that he was initially opposed to the candidacy of Abiola but rallied round him and campaigned vigorously for his presidency while he was on exile in the United Kingdom where he made his mark as a pro democracy campaigner.

The June 12 election which was initially the beacon of hope for the beleaguered nation tragically metamorphosed into a bucket filled with blood. Many of the pro democracy campaigners most notably Late Chief Anthony Enahoro, Prof. Wole Soyinka, Senator Bola Ahmed Tinubu, Dele Momodu, Senator Tokunbo Afikuyomi amongst many others were forced into exile. The ones who preferred to remain in the country were hounded into detention – names like Senator Babafemi Ojudu, a former Director with The News Magazine, Dare Babarinsa of Tell Magazine, Late Prince Ademola Adeniji-Adele, Chief Olu Falae, Late Chief Bola Ige, Late Lam Adesina etc were guests of the dreaded gulags scattered across the country. The likes of Pa Alfred Rewane, Kudirat Abiola, Madam Suliat Adedeji etc paid the supreme price by being victims of the assassins bullet as the Late General Sani Abacha maintained a brutal killer force who were trained to kill without asking questions.

Many politicians as time went on betrayed the June 12 cause as they convinced Abiola to renounce his mandate in preference for the New Sheriff in town – General Sani Abacha. The likes of Babagana Kingibe who was Abiola’s running mate became a Minister under Abacha and distanced himself from the June 12 struggle, Late Chief Tony Anenih who was the former National Chairman of the Social Democratic Party (SDP) became a roving ambassador for Abacha and travelled round the world trying to sell his self succession bid to the members of the international community.

Chief Abiola himself was clamped behind bars in 1994 after he declared himself as the President of the country in the famous Epetedo Declaration which shook Lagos to its very foundation.

After Abacha’s sudden and unexpected death, many incurable optimists were glad that Abiola’s mandate would become a reality but the international community thought differently as powerful diplomats led by Kofi Annan, the then United Nations Secretary-General, Emeka Anyaoku, the then Commonwealth Secretary-General and Susan Rice tried their best to convince the businessman and philanthropist to give up his mandate in the exchange for a good life. The Chief was defiant and the only option was to take him out which the diplomatic community did with the infamous cup of tea which made him join Abacha barely a month after the death of the dark Goggled General.

Former President Olusegun Obasanjo who angered the Yoruba community by saying that ‘Abiola was not the messiah that the nation needed’ later emerged as the biggest beneficiary of the June 12 struggle. He literarily walked through the valley of the shadow of death as he was also jailed by Abacha for treason. But for fate, he may have died in detention like his erstwhile deputy, General Shehu Musa Yar’adua who was injected to death allegedly by the dreaded Dr. Tanko Yakassai.

The June 12 apologists prevailed on the Owu born leader to recognize June 12 as democracy day but he refused preferring to celebrate May 29 as the nation’s democracy day. He is known to have had a long held grudge against Abiola which didn’t abate when he found himself in Aso Rock.

Buhari in 2019, sensing his unpopularity, hurriedly made June 12 the democracy day as well as a public holiday in order to get the votes from the south west which proved to be the deal breaker for him in 2015 when it was the votes by the west that got him the presidency which he had been fighting for since 2003.

Despite my disappointment with the Muhammadu Buhari led presidency, I commend him for recognizing June 12 as the true democracy day. We need to return history back to our educational curriculum as many youngsters popularly known as the Indomie generation know nothing about that fateful red letter day. It’s shameful if our present generation is ignorant of the goings on that led to Abiola’s death.

Beyond celebrating the day as democracy day with its usual boring and pedestrian rhetoric, it is important for the stakeholders in power to ensure that the long awaited dividends of democracy get to the Man on the Clapham Omnibus. The Plebians must be given a sense of belonging and ensure that their welfare is taking care of. Anything short of this will be akin to the fate of most of the animals in George Orwell’s ‘Animal Farm’ where there was no difference between Mr. Jones and the pigs.

I use this day to make the clarion call for restructuring and the strengthening of the states in a similar manner to how it was in the pre-independence era under the Lyttleton constitution which showed the prowess of Chief Obafemi Awolowo who masterminded many progressive initiatives as the Premier of the Western Region.

The good old days must come back as that will be the greatest gain of June 12.

The Environmental Rights Action and Friends of the Earth Nigeria (ERA/FoEN), yesterday, urged a shift from fossil fuel to renewable sources of energy to reduce the loss of lives and improve livelihood...
View on Facebook
·Share