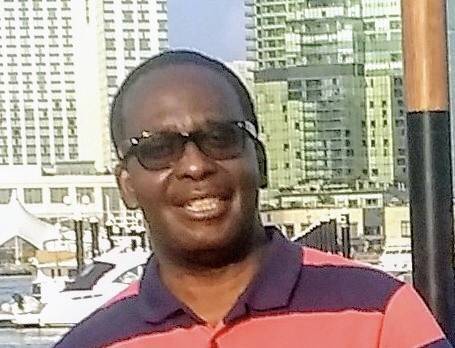 President Muhammadu Buhari’s Democracy Day speech is a good example of “newspeak” in Gorge Orwell’s 1984 dystopian classic. In 1984, Orwell explains how dictators use “newspeak” language to manipulate their citizens.

“Newspeak” says Orwell, is a form of brainless speaking that enables garbage to be uttered convincingly. Going by Orwell’s theory, informed and rational Nigerians should take Democracy Day speech by Buhari as a total garbage.

Only the Akindanidanis will swallow hook, line, and sinker the garbage with blind uncritical belief in spite of the facts concerning the Nigerian state. In Buhari’s 2020 Nigeria, Orwell’s 1984 is no longer a fiction. Buhari’s use of manipulative lies, distortions, unfulfilled old promises, new empty promises, propaganda in the speech are in line with “newspeak” language. The speech is aimed at exploiting the naïveté and gullibility of Nigerians.

The speech exposes Buhari as suffering from dictator’s false dilemma. For example, let’s examine what he says about democracy, rule of law, the constitution, corruption, the economy, and press freedom.

He says he’ll ensure democracy and the rule of law, but his disdain for flouting court orders and illegal detention of activists and critics is legendary. He tells Nigerians that his regime supports freedom of speech. In reality, Nigerians were beaten, arrested, detained, and dispersed from protesting peacefully. Protesters were hounded like criminals by the police and security forces. Omoyele Sowore, leader of #RevolutionNow was abducted and detained for organizing peaceful demonstration for good governance.

According to Buhari, “We have witnessed eleven quarters of consecutive GDP growth since exiting recession.” Under his watch, Nigeria became poverty capital of the world.

He preaches one Nigeria, but he’s the greatest nepotist divisive president that employs division and diversion to further polarize the already fractured and divided nation. He says he’s fighting corruption but looks the other way when his close aides and associates are involved in corruption. Indeed, Nigeria is the most corrupt country in the world. He assures the nation that Nigeria will always be governed by rule of law and uphold the constitution. Buhari is notorious for breaking the law and violating the constitution.

He promises that he’ll guarantee freedom of press. The fact is, The World Press Freedom Index describes Nigeria as one of the most dangerous and difficult countries to practice journalism in the world as journalists are often spied on, attacked, arbitrarily arrested, or even killed.

Buhari’s past is a prologue. His long record of abuse and brutal tactics of repression have not disappeared. Do not be fooled by the propaganda and false promises promoted in his Democracy Day speech. Buhari is who he always has been – a brutal, senseless, and sadistic dictator.

Buhari has returned Nigeria to Abacha’s dark days. Activists, journalists, critics, have been routinely targeted for state-sponsored intimidation, detention, and torture. His regime is an extension of his military junta.

Don’t blame dictator Buhari alone. We the people – Nigerians – are the ones enabling the dictator. After all, the dictator cannot function without followers. Nigerians have abdicated their personal responsibilities which directly cripple freedom of expression and derail democratic process. Though we enable dictator Buhari, we can also disable him. This is how we can give meaningful interpretation to Democracy Day! 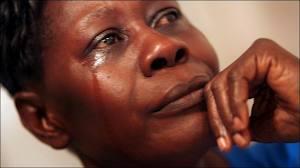 To those of you in Nigeria who worship Trump for calling Africa shithole:

"WHY ARE WE HAVING ALL THESE PEOPLE FROM SHITHOLE COUNTRIES COME HERE?"-TRUMP

***Trump will not help you fight Buhari, he likes dictators and he sold jet fighters to Buhari.

***He does not have the power to expel that your uncle or aunt you hate so much, because they are citizens and have the same status as Trump. America is a country of immigrants

***Oh I like Trump because of his bluntness but was not blunk on his tax. Was not blunt on the $150,000 he paid prostitution not to speak out. His lawyer was the fall guy. He want to jail for it. His immunity save him. He is blunt when it's time to mock your poverty, there poor white countries, he dont mock them.

1. It does not matter if he is right or not. What matters is why he said it, the context in which he said it. Did he say it to help us, to make us improve.No absolutely NO. He said it to mock us.He often mocks African names too. Your names.

2. It's different from when the former British Prime minister Blair said Nigeria is fantastically corrupt. It was directed at the leadership of Nigeria. Trumps is racist, has a history of racism. Blair dont have a record of racism against blacks

3. He banned Nigerians from immigrating to US because he is jealous of report that Nigerians are the most educated immigrants and the average salary of Nigerians in US is higher that the average of Americans. He begged whites in Europe especially Romanians to move to US in place of Africans and muslims. Trumps family are immigrants. His wife is an immigrant too? Who is not an immigrant in US, maybe Indians.

4. Trump want blacks and other people of color out of US. Many Nigerians want their uncles and aunties to come back to Nigeria. That is their common interest. Last year alone Nigerians in diaspora sent about $29B to Nigeria, more than Nigeria's yearly budget. Looters sent close to that amount out of Nigeria for the same period. Without the money coming into from diasporans, Nigeria would have have collapsed completely, to zero. And Trumpist in Nigeria want Nigerians to come home, to join in the looting.

5. Apart from calling African countries shithole, Trump said Nigerians should go back to their huts. He knows nothing about Nigeria, he cannot even locate Nigeria in world map, without prompting, or without physical assistance. Nigeria has grown beyond hut. There are poor and homeless white people in America. Maybe should deal with that first. Maybe Trump supporters in Nigeria should focus on Nigeria's enormous problem. Nigerians in America are the number 1 and best Nigeria investment, bigger than its oil industry.

IT IS SENSELESS TO SUPPORT A GUY WHO DOES NOT LIKE YOU. I DON'T NEED YOU TO TELL ME WHO IS MY FRIEND. AM EXCITED I VOTED FOR BIDEN. IT DOES NOT MATTER TO ME IF TRUMP WINS. IVE DONE WHAT I BELIEVE IS BEST FOR ME AND ALL PEOPLE OF COLOR ESPECIALLY MY BELOVED COUNTRY NIGERIA. ... See MoreSee Less

We hate him for telling the truth. If African was good we wouldn't be migrating to other countries. I am not proud of my country carrying a Nigerian passport is a problem. Nigeria eats its young. If he calls us "shit hole country" he tried because Shit seems to have more use than what Nigeria offers its citizens.

Come out and protest in zoo country .. charity begins at home.

If your can explain this to yourself

Well said. I am surprised that some Nigerians tolerate his Racist behavior and bigotry. May be lack of understanding of who Trump is.

If it was possible I would have voted against the racist Trump with my 10 fingers and 10 toes. He's just too arrogant.

Is Trump not right?.

The government of China, on Wednesday, 16 September, handed over its second batch of medical supplies to Ghana to combat

‘If anyone assaults you, defend yourself’ ― IGP tells police officers