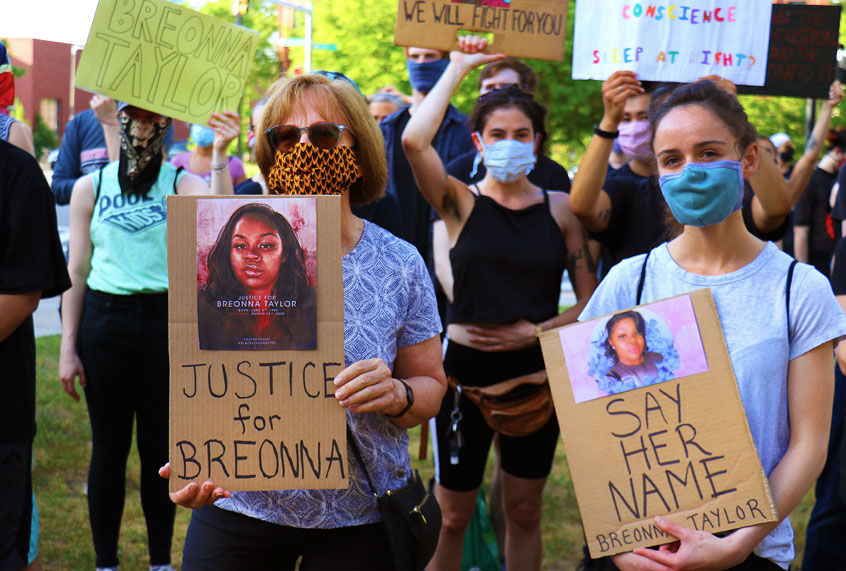 One day after the Louisville, Kentucky city council unanimously voted to ban no-knock warrants in the city, racial justice advocates intensified calls for the arrests of the three police officers who shot and killed Breonna Taylor in March during such a raid.

Breonna’s Law, approved by all 26 members of the council Thursday, will ban no-knock warrants in Louisville, forbidding officers at the Louisville Metro Police Department to enter a residence without identifying themselves or giving a warning. Under the law, which Mayor Greg Fischer is expected to sign, police will be required to wear body cameras when executing all warrants.

Officers Jon Mattingly, Brett Hankison, and Myles Cosgrove used a no-knock warrant to enter Taylor’s apartment using a battering ram in the middle of the night on March 13. They were investigating a drug case and believed a local drug dealer had received packages at Taylor’s home. The police shot Taylor eight times.

“It’s an important, but small step in the fight to eradicate racist police violence that has taken too many lives,” said Michael Aldridge, the chapter’s executive director, in a statement.

A crowd outside the Louisville Metro Council’s meeting on Thursday cheered the vote after it was announced.

After the law was passed, advocates demanded that charges for the three police officers follow in short order, and said the officers should have been arrested weeks ago.

So far, the only person who’s been charged with a crime in Taylor’s case is her boyfriend, Kenneth Walker, who was at her home the night the police shot her. Walker exchanged gunfire with the police, Taylor’s family maintains, believing the officers were breaking into the apartment. Walker, who had a license for his firearm, was arrested for shooting one of the officers.

“I didn’t want to kill anyone,” Walker said. “I just wanted to get them out of there.”

No drugs were found at Taylor’s apartment, and charges against Walker were dropped in May, but the police officers have only been placed on administrative reassignment.

Last week, Fischer told demonstrators at one of hundreds of protests over police brutality in recent weeks that he is unable to fire the officers until an investigation into Taylor’s killing is complete, due to the Fraternal Order of Police contract.

More than 6.5 million people have signed a petition supporting Taylor’s family’s demand that the three officers be arrested. Supporters have made more than 4,500 calls to Kentucky lawmakers making the demand.

Advocates also rebuked a police report released this week regarding Taylor’s shooting, in which the department left out major details and claimed there was no forced entry, contradicting Taylor’s family’s wrongful-death lawsuit and the accounts of neighbors.

“They used a battering ram to enter the apartment and shot her at least eight times,” tweeted Rep. Ro Khanna (D-Calif.) after the report’s release. “Arrest the officers NOW.” 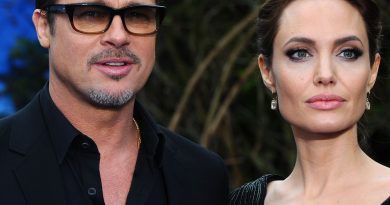 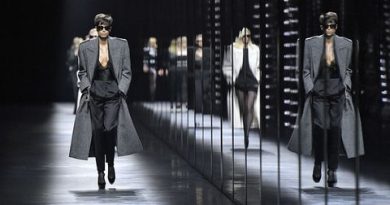 LVMH and Kering to Provide Millions of Surgical Masks to France

“They go to work, come back, and starve”: Why immigrant families are avoiding food assistance