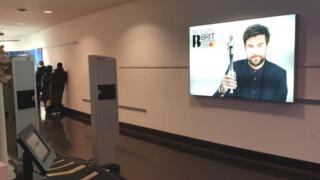 Peter George calls it the protection paradox. People want to have safety, but they don’t want to spend a long time queuing for a security inspection.

He is the chief executive of Evolv Technology, a US business based just outside Boston that is developing systems to search for firearms at major public events, and perhaps one day look for symptoms of Covid-19.

Evolv has been asked if it can build arches into doorways and the company is examining ways to widen the space between sensors to allow larger crowds to go through more quickly.

Mr George has a background in cybersecurity work that he says qualifies him for finding needles in haystacks. Evolv sells security arches that contain a combination of electronic surveillance and AI software to sift through signals and spot one gun-toting individual among thousands of people filing into a rock concert.

This discreet technology was used to screen VIPs at this year’s Brit Awards at London’s O2 centre.

Traditional metal detectors throw up a lot of alarms for innocent metallic objects, creating a chokepoint for paying customers who just want to get to their seat in a stadium or concert hall.

This very high alarm rate prompted Evolv to blend AI software with radar to cut down on false alerts and keep the crowds flowing into a venue without irksome interruptions.

This is not just looking for the shape of a gun as defined by the software, but also for small shards of metal packed into a confined space to create shrapnel around an explosive device as was tragically demonstrated in the 2017 Manchester Arena bombing.

Evolv’s software engineers have written algorithms that interpret shapes as signatures, with the outlines of knives and guns catalogued as reasons to alert an operator.

The density of metal is one key indicator of a weapon’s presence and Mr George says his colleagues have programmed the system to react in 1/38th of a second.

The AI software analyses the results it gets from each crowd and this is uploaded automatically into Evolv’s own database.

Every arch sold is plumbed into Evolv’s home archive via the internet. So it gets updated from other scanners. The system evolves as the user base grows, or as Mr George puts it, “we can make everybody smarter as we share the data we collect.”

Evolv hopes to add thermal imaging capabilities to its scanners in the course of 2020. In theory that could detect people with high temperatures, one of the symptoms of Covid-19.

Dr Simon Worrell is an immunologist specialising in pandemic planning who works for health and security advice firm Collinson. He says the use of AI to assess human scans “sounds good, but I just don’t know how effective it will be”.

Taking paracetamol, for example, will lower the temperature of a Covid-19 carrier. And basic precautions are still paramount. “Physical distancing is important.”

He thinks that adhering to layers of protection, temperature checks, masks and staying apart, is the way to beat the virus.

Canadian threat protection specialist Patriot One Technologies has directed its AI team to research how its existing systems, built to identify one person carrying a gun in a crowd, can be tuned to pick up people with raised temperatures.

But Martin Cronin, chief executive of Patriot One and a former British Foreign Office diplomat, urges caution. “It’s not that easy to detect temperatures. You can’t just point a thermal camera at a crowd. Factors like the ambient temperature or whether someone has a raised temperature due to exercise can undermine the accuracy of scanning devices. People should be wary of bold claims to have answers to temperature scanning.”

Part of the challenge is tuning AI software to ignore such distractions and isolate the indicators that are important to keeping virus carriers out of crowded places. Patriot One wants to pin down a range of anomalies, including the absence of approved face masks, that mean a visitor merits further attention.

It’s been difficult enough training the systems to look for concealed weapons.

Patriot One found that radar did a fine job of peeking underneath coats and jackets to find what it thought were weapons. Unfortunately the number of false alerts was unreasonably high.

AI was drafted in to help, in the form of machine-learning technology that could sort out the shapes caught on the radar scan and assess whether they really represented a threat.

With a boost from AI the success rate rose, but it still wasn’t up to a stage where it could be unleashed on the public without common objects getting confused with the tools of a terrorist.

The system was only working well in some environments, while in others the signals became cluttered by outside elements such as emissions from consumer electronics.

The answer was yet more technology. Patriot One bought several companies, with additional AI and detection expertise.

Video images of guns and knives were fed into the AI software teaching it to discriminate between different objects.

And the company has connected its surveillance technology to security cameras suspended in familiar transparent bulges from corridor ceilings in customer sites.

Mr Cronin brought the AI ingredients together, pooling the data from different systems. He likens it to the way humans combine all of their senses to understand the world around them.

He claims the AI software has now eliminated interference from building noise and electronic signals, deleting the false positives that dogged early trials. And he presents the technology as leaving individuals anonymous. “We look for objects, not people.”

But the algorithms that underpin smart systems can be foxed by mundane events.

At one high school campus in the US a gun detection scanner was perplexed by the sudden appearance of umbrellas on a day of heavy rain. Retrained to identify an umbrella as a non-threatening object the software could then be updated across Patriot One’s user network.

Different societies throw up different problems. In North America the priority is to detect guns. For prospective UK users the system may be looking for knives. But in both cases the idea is to install unobtrusive security architecture.

So the next time you stroll into a corporate reception area or the entrance of a public building, cast a glance at those big planters that frame the door as you walk in. You might just have been checked out for weapons. Or perhaps, one day, a virus. 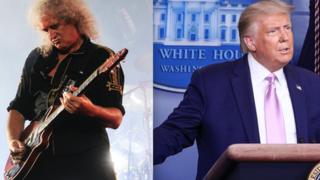 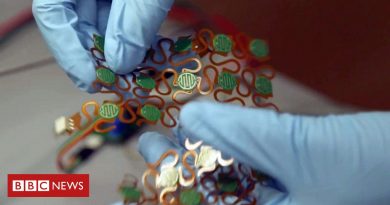 E-skin recreates sense of touch and other tech news

One word to that lovely father 💕 that gave birth to you 💖💝 ... See MoreSee Less

I love you Daddy

Long life my daddy, you are the best

I love him so much

I love you Daddy

Love you and continue to rest in peace

I love you daddy continue to rest in peace

Sleep on sir,till we meet to part no more

I love my daddy

I hat my Daddy

I love you dad

I love you Dad. Continue to enjoy the Lord's bossom🙏

No u are a mad man

Baba if I must talk I will say no and if u most know why I said no, u ask the food stuff sellers I think they are in better position to say my reasons. I come in peace

You are a big fool

Jesus Christ is coming to judge you Buhari

Do you ve any pls answer I come in dont ask

Your Administration I'd dead

Can a man without money make a woman happy in a relationship?🤔 ... See MoreSee Less

Please go and ask Solomon once a king in lsrael you will get your answer correctly.

Yes. But please try and have small money please.

Money is not everything my dear friend!

50/50. Money is not love, but yet its Wheel Biro d relationship

Yes. If he can service the engine very well

Even d Man is not happy.. den how can he make d woman happy

For were oh boy pls get money

Girls of this days without money there's no love

The year of no Halloween

Guardiola rules out return to Camp Nou as manager