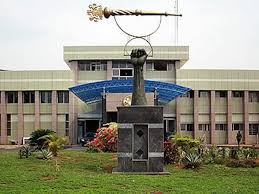 Almost one year after the controversial inauguration of the seventh Edo State House of Assembly, Patrick Ahanor examines the move by Godwin Obaseki seek peace with 14 self-exiled members-elect.

By June 17, the seventh Edo state House of Assembly, as presently constituted, would be one year with 14 out of the 24-member parliament not being sworn in and therefore not legally members of the house. The 14 members-elect went on self-exile over issues bordering on the inauguration of the Assembly on June 17, 2019.

No thanks to the protracted face-off between the Edo state governor, Godwin Obaseki, and his estranged “godfather”, who is also the All Progressives Congress (APC) National Chairman, Comrade Adams Oshiomhole.

Despite house having all the 24 members elected as members of the APC, the assembly has known no peace. In fact, the obvious gain in having an all ruling party legislature was tinkered with by both warring party leaders as they used the assembly as a battle ground to test their political strength.

Prior to the Assembly inauguration, 19 member-elect said to be loyal to Oshiomhole backed a member-elect representing Esan Central state constituency, Mr Victor Edoror as speaker against Mr Frank Okiye who was reportedly anointed by the governor for the job.

Attempts by both groups to harmonize their differences out of public view reportedly collapsed, thereby forcing the pro-Oshiomhole’s members- elect to address the press at launch time on June 17 in respect of the misunderstanding. During the briefing they accused Obaseki of deliberate delay in transmitting proclamation letter to the Clerk of the House to pave way for their inauguration.

And in what pundits has dubbed: ‘political ambush’ in the struggle for control of the house, 10 lawmakers-elect believed to be loyal to the Edo governor were reportedly  inaugurated at about 10.PM same day (June 17) by the assembly clerk, Alhaji, Audu Yahaya Omogbai.

Protest and call for reinuaguration

To this end, Hon Washington Osifo, spokesman for  pro-Oshiomhole members-elect protested the development, and called for a proper/re-inauguration of the seventh Assembly.

However, the then Commissioner for Communication & Orientation, Hon Paul Ohonbamu  in a statement claimed the Assembly was inaugurated at 3.PM,  adding that it was about the same time the pro-Oshiomhole “ignored the inauguration” and where addressing journalists.

Nonetheless, the war of words by both camps thereafter has continued to defy all known solutions including the National Assembly and Senate recommendation which canvassed for re-inauguration of the assembly plus attempt to take-over their functions.

Besides, there are multiple suits arising thereof at various courts in the land- some of which had bar the Edo governor from issuing fresh proclamation letter. On the other hand, the 14 members-elect have continued to stay away from Assembly proceedings alleging improper inauguration and threat to their lives.

On December 4, 2019, the assembly Speaker, Hon Frank Okiye declared the ‘absentee’ members-elect seats vacant- citing constitutional provisions that gave 180 days for a member to be absent from sitting before his seat would be declared vacant.

Twelve (12) of the seats, according to the assembly, were declared vacant because the members-elect have not presented themselves for inauguration since the letter of proclamation of June 17, 2019, while two other members representing Oredo East and Owan East were declared vacant because the two members,  Ekhowuehi Uyi and Barr Okaka Eric, have failed to attend sitting after the day of inauguration.

“At this point, I am declaring the seats of 12 members-elect vacant in accordance with section 109 subsection 1F of the constitution”.

Okiye, thereafter, called on the Independent National Electoral Commission (INEC) to conduct by-election within 90 days for the affected constituencies.

Federal High Court to the rescue

Whilst some political watchers believed that the assembly resolution may have sealed the fate of the embattled members-elect, they were, however, given glimpse of hope by the January 8 Federal High Court ruling in Abuja which ordered the Independent National Electoral Commission (INEC) to halt any move to conduct elections to fill seats declared vacant by the speaker.

The presiding judge, Justice Ahmed Mohammed, who gave the order in an ex-parte motion with suit number: FHC/ABJ/CS/1582/19 and filed by Mr D.D. Dodo on behalf of the 14 lawmakers, urged parties to maintain status quo pending the determination of the motion before the court.

Curiously however, Obaseki last week made a dramatic move for peaceful legislature as he named the governor of Plateau State, Simon Lalong, to lead Edo assembly reconciliation

The committee also had Governor Babajide Sanwo-Olu and Senator Ehigie Uzamere as members, adding that the constitution of the reconciliation committee is part of moves to restore harmony and peace in the State chapter of the All Progressives Congress (APC) and the state at large.

The governor insisted that he is committed to peace, arguing that a united front would make the party stronger, more cohesive and help foster more development in the State.

He added that the committee, which commences work with immediate effect, would reach out to all parties in the dispute and ensure that all grey areas are addressed to make for peaceful resolution of the matter.

The governor’s move has nonetheless raises more questions than answers as critics wondered if he was referring to the members-elect whose seats have been declared vacant and now a matter before the law court.

The opposition Peoples Democratic Party (PDP) in a statement by its publicity secretary, Mr Chris Nehikhare claimed: “Those14 seats belong to the PDP candidates who have rightly approached the courts and argued that the refusal/neglect to subscribe to the oath of Membership/Allegiance with respect to the affected constituencies throughout the first session and first quarter of the 7th Assembly of Edo State amounts, to abdication of office”

Nehikhare said: “It is pertinent to remind the governor that they have ceased to be referred to, or described as lawmakers-elect or lawmakers.

“The speaker declared their seats vacant. The governor should know that the seats are no longer available to them. The Edo state House of Assembly is not a property of the APC neither are the constituency seats bargaining tools in their political bartering.

“Our party points out that there is nowhere in our laws and lexicon where persons who have not reported for duty, whose seats in the assembly have been declared vacant and the constituencies deemed unrepresented, can be referred to as members-elect.

“Edo PDP through its lawyer, Barbara Omosun, in suit number: FHC/ABJ//CS/1582/2019, told Justice Ahmed Mohammed that as a registered political party, it was entitled to field candidates in the seats declared vacant by the speaker of the state House of Assembly.

“The PDP argued that the assembly was duly proclaimed on June 17, 2019, a position that has always been held and canvassed by Governor Obaseki and his party the APC following the proclamation letter to the effect by Gov Godwin Obaseki,” the spokesman said.

Though the governor peace move is a work in process, but it remain to be seen how it would come to fruition giving the controversy generated by  direct primaries adopted by the National Working Committee (NWC) of the party which has further deepened the protracted crisis rocking the ruling party. Only time will tell! 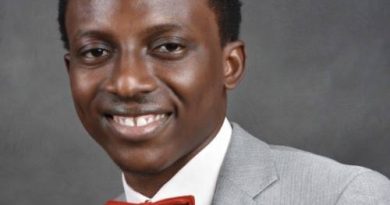 Hanan Buhari’s Sim Card, The Burden Of Deterrence And The Monstrous S. 84 Of The Sheriff And Civil Processes Act By Peniela E. Akintujoye Esq.