A coalition of concerned youth of all ethnic groups in the Kusaug Traditional kingdom have kicked against the compilation of the new voter register.

The concerned youth drawn from all tribes in Bawku Municipal, Bawku West, Pusiga, Binduri, Garu and Tempane reject the compilation of a new voters’ register, a decision they described as a ticking time bomb and calamitous path which could lead to war.

According to them, their right to vote is under attack by the decision of the Commission if it goes ahead on the dangerous slope.

Below is a full press statement:

Friends from the media, good morning and thank you for honouring our invitation despite the short notice. We intend to make this press briefing a short one.

It’s an urgent one which is to protect and safeguard the fundamental human right of the people Kusaug such as the right to vote as enshrined in Chapter 7, Article 42 of the 1992 constitution of Ghana. Indeed we are threatened that our right to vote is under attack by the decision of the electoral commission to compile a new register of voters.

We shall proceed to deal with very critical issues of this press briefing.

Ladies and gentlemen of the media, we deem it a duty to add our voices to several calls from political parties, civil society organisations, traditional authorities, the Christian council, the Muslim community, the national house of chiefs, security experts and several other political groupings to the electoral commission to immediately halt its intended new voter registration exercise just five (5) months to general elections.

We the coalition of concerned youth of all the ethnic groups in the Kusaug Kingdom from the six districts namely: Bawku Municipal, Garu District, Binduri District, Tempane District, Pusiga District and Bawku West District of the Upper East Region vehemently reject the compilation of a new voter’s register which we believe the idea is a time bomb.

Consequently, we wish to make this statement, representing all like -minded youth in the Kusaug Kingdom.

1. We believe the timing is absolutely not good for the compilation of a new voters’ register. We are all aware we have only five (5) months to the 2020 parliamentary and presidential elections and we think it will be very difficult for the electoral commission to compile a credible register within this tight time frame. In 2012, the commission spent ten(10) days in each polling station for the registration of voters, huge potential registrants could not get their names captured on the electoral roll. This forced the electoral commission to extend the days for registration. Today the electoral commission is telling us they will spend only six days at each polling station which we think will not be enough to register all qualified voters. The compilation of a new voters’ register will therefore have serious repercussions on the peace we are currently enjoying in the Kusaug kingdom.

2. We are deeply concerned about the electoral commission’s attempt to redefine citizenship in Ghana. This is evident by their non-acceptance of existing voter ID as a proof of citizenship but finds it convenient to place one’s citizenship in the mouths of vouchers. This sounds so bizarre.

3. We also find it incomprehensible why the electoral commission is bent on accepting the Ghana Card and passport as sole requirements for registration but blatantly rejecting a birth certificate that gave legality to both documents. Indeed we think, it may take rocket science to understand this weird logic. We strongly believe it is a sure way to disenfranchise a lot of citizens in this part of the country. Over 70% of our brothers and sisters in this part of the country were unable to register for the Ghana card and 93.8% of those who registered were never issued with the card. Again, citizens who possess the Ghana passport in this part of the country are not up 0.1%. We believe vouching for people who do not have the passport or the NIA cards should be the last resort but not the norm.

4. From our previous experience with the limited registration exercise, we are deeply concerned about the safety of our people with the alarming rate at which Covid19 is gaining notoriety. We see this as a breeding ground for the spread of the virus in Kusaug Kingdom. We are all aware that, the current voters’ register was used last year to successfully elect about 6,600 district assembly members and about 33,000 unit committee members. The same register was used in 2016 to elect all the 275 Members of Parliament and the president. Why can’t the Electoral Commission still use it for the sake of peace, fairness, and justice?

5. We have also noted with concerns the rising political tensions and the ‘macho man’ attitude of the electoral commission towards this issue of a new register. Having experienced violent conflicts in this part of the country, we dare not fold our arms to see this country thrown into chaos.

6. Ladies and gentlemen, we submit that, the electoral commission’s refusal to honour the invitation of the national house of chiefs in this regard, is completely uncalled for and recipe for disaster. Their inability to fully engage the political parties on a consensus building is defeating the purpose of a free, fair and transparent election.

The electoral Commission should:

1. exhibit the current electoral register for voters to verify their names and remove names of persons suspected dead.

2. conduct as soon as possible limited voter registration for individuals who turned 18 years after the last limited registration to add their names to the electoral roll.

3. act in a manner that foster trust from all political parties.

4. Restore the lost relevance of IPAC through it’s (electoral Commission) actions and inactions. This can be done by engaging political parties through IPAC

5. Immediately stop the pilot registration exercise as it clearly amounts to contempt of court. The matter is therefore in the court and the actions of the EC in this regard are clearly contemptuous and prejudicial.

We think the electoral commission is charting a dangerous path in their quest to compile a new voters’ register and if care is not taken they will plunge this peaceful and harmonious country into war.

We, therefore, call on all well-meaning Ghanaians including the National Peace Council, Religious Bodies, the National House of Chiefs, Civil Society Organizations and all labour Unions to add their voices to avert the calamitous path the Electoral Commission led by Jean Mensa is leading us to.

The electoral commission must be guarded by the fact that, its independence is not exercised in a vacuum, and its powers are subject to the constitution. The commission must also be reminded in a clear terms that, the right to vote is sacrosanct and entrenched and must be zealously protected not infringed upon.

We shall protect the right of our people with every legitimate tool available. 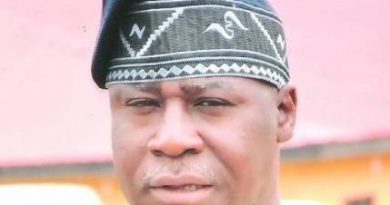 Illegal Miners And Criminals: The Invasion Of Ìjésà Land By Remi Oyeyemi 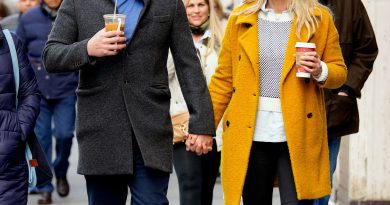 Can you remember - LCM and HCF?
"May God not let our struggle be in vein"🙏 ... See MoreSee Less

The Secretary of the National Democratic Congress (NDC) in the Keta Constituency Emmanuel Tey, has appealed to the Police Service

Israel, Denmark to vaccinate all athletes for Tokyo Games